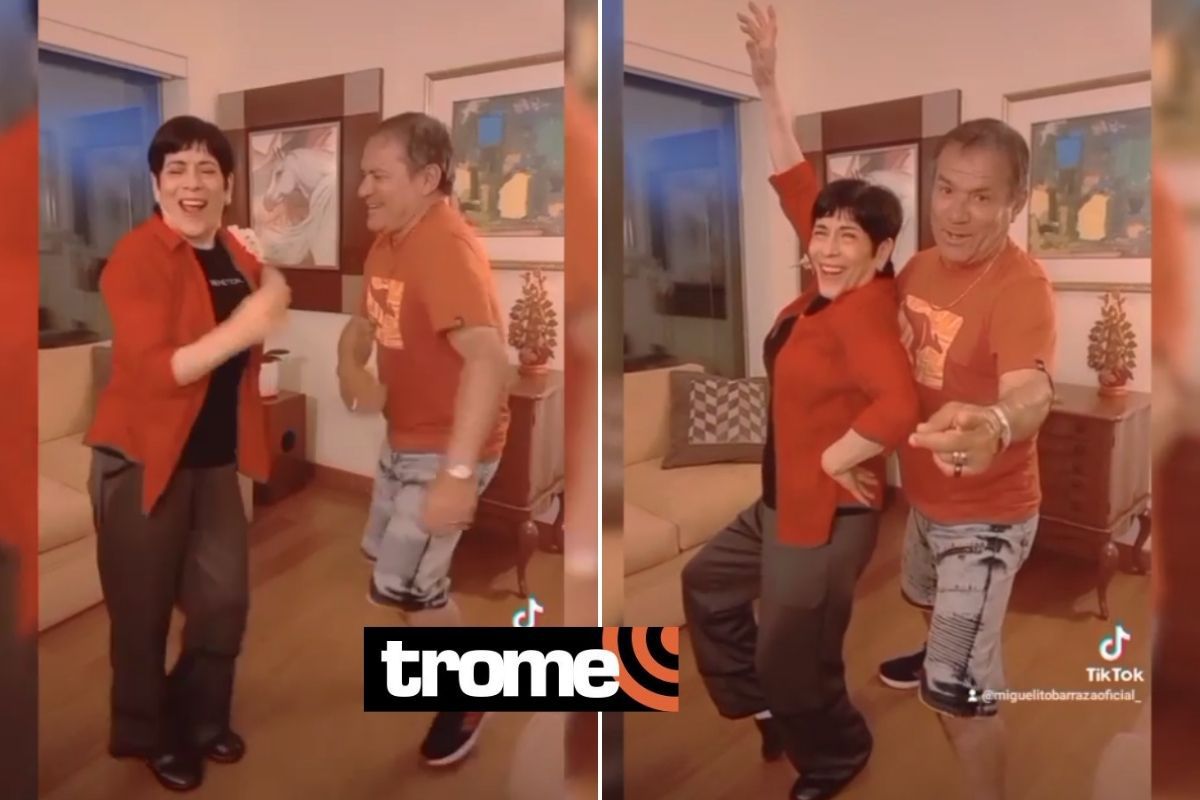 The comedian Miguelito Barraza placeholder image He commented that he has become the ‘king of Tiktok’, after sharing a dance with his sister Cecilia, which has gone viral on the networks. In addition, he details that this year he hopes to return to television because he still has a lot to deliver to the public.

MIRA: ‘Gato’ Cuba and Ale Venturo exhibit alliance rings: photos would show that they have already formalized a relationship

“I have a lot of fun doing the Tiktok and it occurred to me to do one with my sister Cecilia, especially because she appears dancing salsa. I visited her at her house after a few months and we have had a lot of fun, each reunion moves me because we remember many things and above all, because I see her younger and younger, my sister looks the same. She is in good health, but missing the scenarios, “said Miguelito Barraza.

Have you thought about doing a show together?

Every time we meet we remember the show that the three Barraza brothers (Carlos, Cecilia and Miguelito) did and we would like to return to the stage, but now that the third wave has begun, artistic shows are truncated more. I think we better save ourselves a little longer and perhaps when the pandemic is over we will return with the ‘Los Barraza’ show.

In the best way, because I have health and work. I hope this year to finalize the offers to return to television because there is still ‘Chato’ for a while and the public always complains about me, they miss me making my ideas and listening to good jokes on TV.

LOOK: Leonard León to Karla Tarazona: “Keep using me with my children to excel”

CHATO AND HIS BROTHER THRILL RICARDO GARECA WITH POEM

The Barraza and Gareca. There is no doubt that talent runs through the veins of the Barraza family, from Miguelito’s comic ability to Cecilia’s unmistakable voice. However, the oldest of them, Carlos Barraza, showed that he also has his artistic quota with a poem of his authorship dedicated to Ricardo Gareca.

The popular ‘Chato’ introduced his brother, a poet for many years, to declaim a work of his authorship dedicated to the technical director of the Peruvian team and his career, from his time as footballers to all the achievements in command of everyone’s team.

In the Exitosa Deportes program, both Barraza brothers said that they have been watching soccer for almost 60 years and that the poem was born out of admiration for the Argentine strategist.

“Every goal, you hardly even celebrated it, you found that rostrum that roared every goal of yours, gentle man, born for pasture matches, always sure of scoring on the opposite fence, with astute unchecking, in all the time that you accompanied you. childhood and adulthood soccer. That it was never ephemeral because the evocations of that past time always remain in the retina of that vociferous fan ”, read some lines of the poem.

“From this line of great descendants, with your wild hair … and when you get off the plane, when the red-white was waiting for you. that hobby that is already being like the crooked one, that glorious past appeared in you ”, the brother of ‘Chato’ continued intoning.