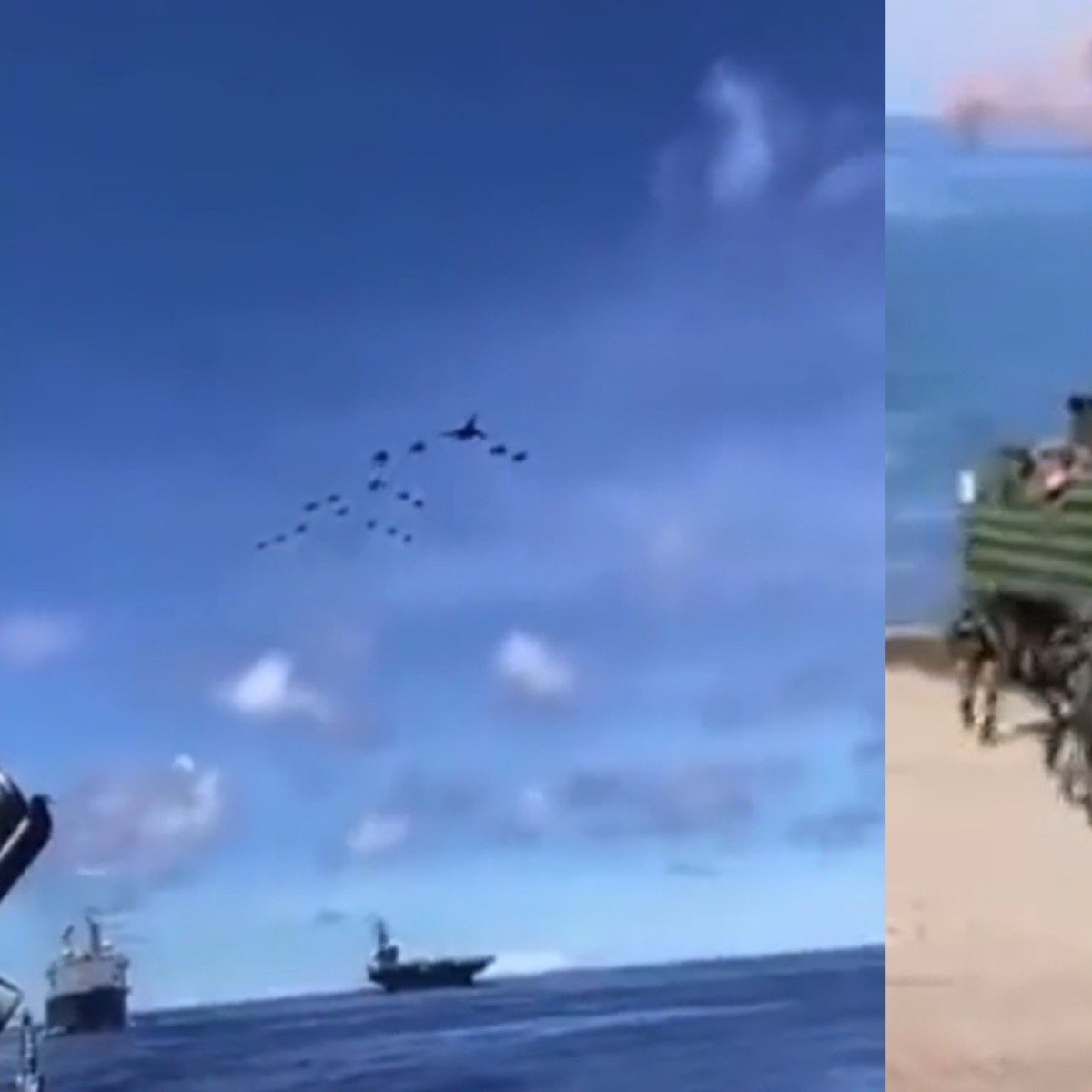 Military tension increased today, Saturday, July 30, between the United States and China, due to the possible visit of the US House of Representatives president, Nancy Pelosi, to Taiwan.

This caused the Chinese military to conduct live fire tests preparing for the possible arrival of the US official in Taiwan, according to the British media outlet Dialy Mail and the AP agency.

The former president of Mexico, Felipe Calderon, published a video showing several military planes escorting a Boeing plane. He speculated that it could be Nancy Pelosi traveling to the Chinese island.

“I get versions that Nancy Pelosi, Democratic majority leader in Congress, headed to Taiwan despite warnings from China,” said the former PAN president.

Although this has not been confirmed so far, the fact that Pelosi can reach Taiwan could escalate the conflict between the two world powers into war.

The reason for this scale is that a few days ago, the Chinese Ministry of Defense warned the United States that if the Speaker of the US House visited Taiwan intending to make the Asian country independent from mainland China, she would have serious consequences.

The message was very clear: China’s military will spring into action if Pelosi visits Taiwan. More recently, the President of the People’s Republic, Xi Jinping, insisted that Biden take a more diplomatic tone.

Why doesn’t China want Pelosi to go to Taiwan?

The Chinese president asked his counterpart, Joe Biden, that he abide by the principles of “one China,” which means that he does not pay for the split between Taiwan and mainland China.

Even so, this Saturday morning, it was reported that Pelosi allegedly left for Taiwan in a Boeing C-40C belonging to the United States air force.

“Don’t say we didn’t warn you!” Analysts are worried about the tension between the two nations due to the economic, commercial, and humanitarian repercussions that may result if the conflict escalates.

In the context of these political and warlike tensions, Felipe Calderon posted on Twitter the video that allegedly corresponds to military planes escorting the leader in Congress to Taiwan.

If these facts are confirmed, this would mean that the military conflict between the United States and China would seriously escalate.

Chinese journalist Hu Xijin ironically commented on Pelosi’s alleged visit to Taiwan: “Where is Pelosi now, does anyone know? Some said she would go to Taiwan in a submarine, and others said she had infiltrated Taiwan disguised as someone else. Is that so?”