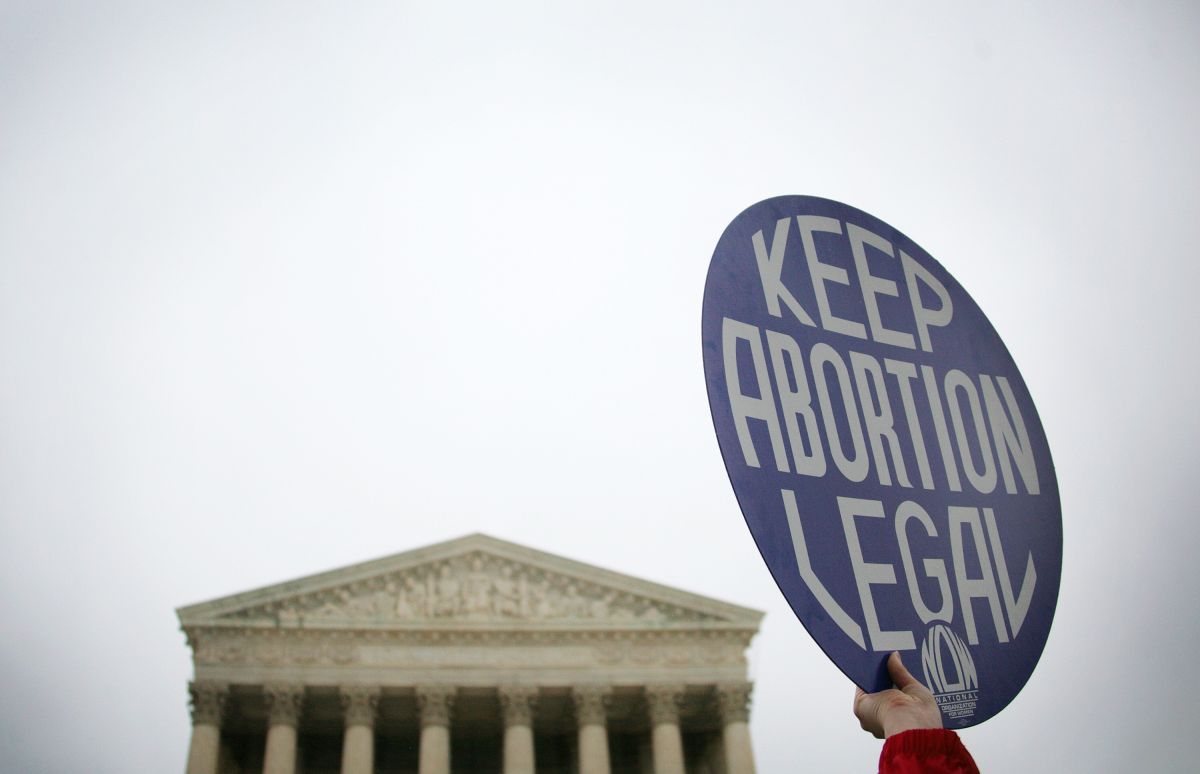 60% of women who have access to abortion in the country are minorities, which is why they are the ones who will most resent the prohibition of abortion, if the United States Supreme Court eliminates the historic ruling Roe vs. Wade of 1973 that legalized it throughout the country.

The court’s decision, a draft of which was leaked last week, is expected to immediately eliminate abortions in at least 22 states.

During the video conference “The Impact of a Post-Roe World on Asian American and Pacific Islander Women (AAPI), organized by Ethnic Media Servicesseveral panelists discussed the repercussions of the Supreme Court’s decision.

California Congresswoman Judy Chu said that abortion is a right and a personal decision that no one other than the pregnant woman and her doctor should make.

“One in four women in the United States have had an abortion in her lifetime, including my colleague, Congresswoman Pramila Jayapal from Washington state.”

“She told her story of how, after an extremely difficult first pregnancy, with a child who was born premature and had significant medical needs, she found out she was pregnant again, even though she was on birth control.

“She went to her doctor who told her there was no guarantee she would not face another extremely difficult and life-threatening pregnancy. And she just knew that she couldn’t go through with it. But as a new immigrant to the United States, abortion was extremely stigmatized in her community. She didn’t even tell her own mother for fear of the stigma and shame she would bring.”

It was not until a few years ago that he told the story publicly, and he confessed that he does not regret his decision.

However, she was concerned about some backlash But Congresswoman Jayapal was inspired to speak about her story by seeing the relentless attacks on abortion in recent years, culminating in the leaked Supreme Court draft opinion In the past week.

“This draft opinion is just the culmination of an organized anti-abortion strategy to remove the constitutional rights of millions of Americans.”

So she said she’s glad Sen. Schumer announced that the Senate will immediately take up HR 3755, the Women’s Health Protection Act, to protect Roe protections and prevent abortion bans. at the state level we are seeing in states like Texas, Missouri, Oklahoma and many others.

The House of Representatives already approved this measure in September 2021, making the Women’s Protection Act the most supportive abortion rights law in the history of Congress.

“We face an uphill battle, because even if we were able to get 50 Democratic votes, this bill is subject to filibuster, a tool that allows the minority to block the will of the majority.”

He indicated that most Americans want the right to abortion protected.

“For nearly 50 years, in poll after poll, a majority of Americans support abortion access.”

He noted that the abortion ban is felt more in communities of color, including Asian-American communities.

“21% of immigrants seeking an abortion in the United States are from the AAPI population that has historically faced barriers to accessing health care.”

Congresswoman Jayapal said that abortion is extremely personal and sometimes a very difficult decision. “Let me be clear, if this leaked opinion comes true next month or whenever, abortion is not going to miraculously go away.”

And he pointed out that the people who will pay the price for this setback in the communities are the Latinos, African-Americans, Asians, indigenous people, the low-income, survivors of incest and abuse who will bear the brunt of this unjust and unconstitutional decision.

“We are talking about millions of people across the country whose lives will be literally in danger because an extremist court decided to politicize health care, which will mean a death sentence for millions of people.”

He said the implications of tearing down abortion rights will be far-reaching. “What’s next?…Are we going to see the right to gay or interracial marriage struck down? The truth is that we don’t know what the designated minority in court will do next.”

He stated that with his story he hopes to inspire others to speak out.

“Abortion is a problem that happens in all communities. There is no community where a pregnant woman is thinking about that.”.

Sung Yeon, director of the National Asian Pacific American Women’s Forum, said we are at a critical point of abortion access rights if Roe is struck down.

“The opinion that leaked from the Supreme Court clearly threatens the lives of those who depend on abortion care, the majority of whom are minorities who represent 60% of the country.”

She mentioned that while Asian American women are often ignored in the abortion fight, it is an issue they care about, and it is a direct assault on their communities.

“National data reveals that 35% of pregnancies end in abortion for Asian American and Pacific Islander women, which is the second highest percentage among demographic groups.”

She added that 7 out of 10 Asian American women support the legalization of abortion.

Aliza Kazmi, director of HEART, Women and girlsa Muslim women’s organization, said that according to the most recent 2022 poll, 56% of Muslims in the country support access to abortion.

“They consider that it should be legal in most cases.”

He said he is not surprised because low-income Muslims, African-Americans, Native Americans, queer and people with disabilities have experienced that the sacred autonomy of their bodies has been violated.

And it continues to be violated through surveillance, criminalization, incarceration, deportation, and other oppressive systems that target communities.

“Historically, abortion decisions are made between the woman and the midwife, but the state does not interfere, unless invited to consult.”

He added that if Roe vs. Wade is struck down, it will continue to devastate communities of color, African Americans, Native Americans, minorities, low-income people, Muslims, and others.

“We are working with various groups and leaders, because we will no longer be invisible and we will not allow them to continue criminalizing us for exercising the autonomy of our body.”