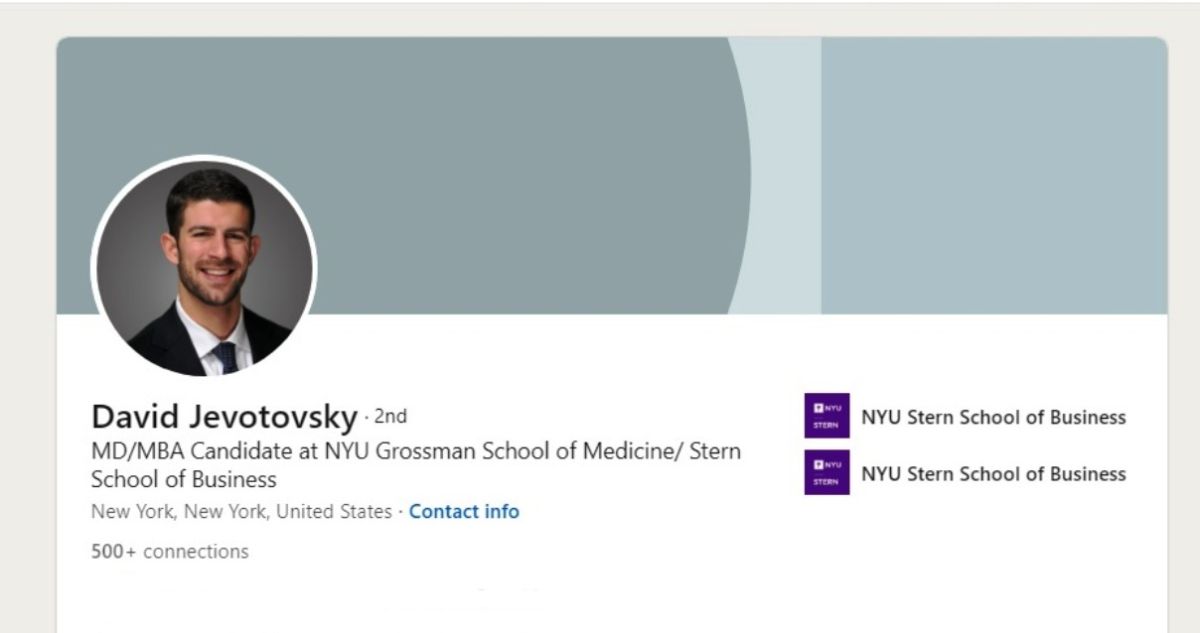 David Jevotovsky is a walking example: not only has he just graduated from the demanding “Grossman School of Medicine” of New York University (NYU), but he also did it after being in a coma after being run over while riding a bicycle in Manhattan .

“I never doubted the fact that I would go ahead,” Jevotovsky proudly told Pix11referring to his near-fatal accident in the fall of 2017.

“I went to get a bike and got on it. The next thing I remember I was in the hospital… It took time, certainly that first test was not easy. But I never doubted the fact that I would move on.”

One day, in his 2nd year of medical school, Jevotovsky decided to take a walk through Manhattan, after finishing a block of classes. “I went to get a bike and got on it… The next thing I remember, I was in the hospital.”

The student was traveling near 9th Avenue and West 21st Street without a helmet when he was struck by a car. “I had a lot of bleeding in the head”, remember about your diagnosis.

He was rushed and placed in a coma at Bellevue Hospital, which is also where students from NYU’s Grossman School of Medicine train. His father, Ira Jevotovsky, recalls that “He was unconscious, bandaged from head to toe… I wasn’t sure if they knew if I was going to live or not.”

After a month in the hospital, he had to relearn how to walk and talk.highlighted abcnews. Jevotovsky was focused on his goal to return to medical school. A year later he was able to return to the classroom. “It took time, certainly that first test wasn’t easy,” he notes.

In 2020, as a student and medical apprentice, he faced another great challenge: this global time, the coronavirus pandemic. But he not only managed to graduate, but Furthermore, in the years since his bicycle accident, he has run the New York City Marathon and also earned his MBA.

Sadly, his story contrasts with that of Raife Milligan, an NYU medical student who was killed by a drunk Hispanic driver earlier this month in Lower Manhattan.