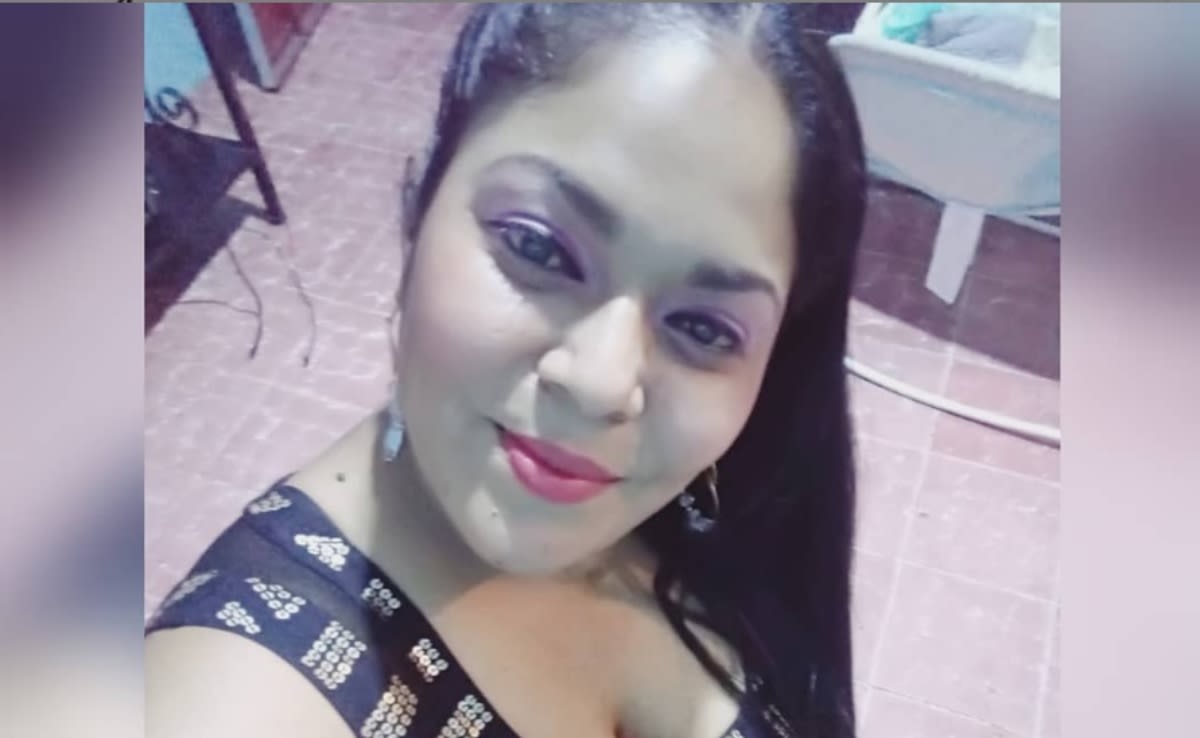 Sister Lady Half beans. Once again the now famous sister of Miriam Zelaya (Lady Frijoles) gives something to talk about on social networks, since since her sister gained popularity for her renowned video, she has taken the opportunity to captivate men by sharing images where she poses very sensual .

On this occasion, Mirna Zelaya Gómez shared a video on her Instagram account, where several snapshots of her appear wearing her figure in tiny outfits. This type of publication has made him gain great fame on social media, gaining a large number of followers.

Sister of Lady Frijoles falls in love with her fans

It should be remembered that Miriam Zelaya, better known as Lady Frijoles, became famous on her way through Mexico with the Caravan of Migrants, since when they made a stopover they offered her food and rest, however, her response outraged all of Mexico for her displeasure with the bean dish.

That rejection of Mexican food made her a celebrity in the world of social networks, becoming an influencer, even in American programs her sister appeared as a guest taking advantage of the fame of her family member, and began to publish sensual images.

Constantly on her social network profile Mirna Zelaya Gómez, Lady Frijoles’ sister has shared daring photos and with that has gained popularity among Internet users, since she has taken advantage of the perfect opportunity to become a celebrity like her sister.

On this occasion, she published a TikTok recording where she shows several photographs of herself posing for the camera in different outfits. In just a short time, his followers have increased considerably, having today a total of 21,500 fans on his Instagram.

One of the images that most captivated men was one where she appears wearing a colorful blouse, along with a denim mini skirt, long boots and showing off her legs with fishnet stockings. This outfit caused the temperature to rise on her social media profile.

Immediately his followers did not miss the opportunity to send their compliments and compliments to the sister of the Honduran immigrant, Lady Frijoles: “Beautiful in mini and boots”, “Send me your beautiful number “,” Mamacita bella “,” You really are beautiful “, were some of the comments.

Continuing with the series of photographs that Mirna Zelaya shared, one can be seen where she appears sitting wearing a beautiful red dress, while smiling at the camera. The photo in the photo was of an aerial view that totally flatters her figure and legs.

The same shot from above is seen in another photograph, where Miriam Zelaya’s sister appears inside a car, wearing a white blouse with red sleeves, accompanied by a mini denim shorts that she uses again to show off her voluptuous legs. TO WATCH THE VIDEO CLICK HERE.

Previously, through her Instagram profile called zelaya_morenita, Mirna Zelaya Gómez once again captivated her followers by posing before the camera with a black mini dress and sequins, and with a heart-stopping neckline, where she shows off her attributes, to satisfy her her Internet users who are watching the young woman.

“Fly very high, brunette” was the phrase that accompanied the snapshot that has conquered several users, who were immediately present in the comments, to praise Lady Frijoles’ sister: “How beautiful you are, heart”, “beautiful Mirna Zelaya “,” Hello mamacita “,” how delicious “were some comments.

Greater popularity than your sister?

It is worth mentioning that since Miriam Zelaya, known as Lady Frijoles, rose to fame for her contempt for beans, her sister began to share daring photographs on her social network profile. Thus they managed to get a large number of followers, who fell in love with Mirna.

So far the zelaya_morenita account has more than 21 thousand users who follow it and are aware of the publications it makes, since it constantly pleases its followers with tremendous images of heart attack that leave different Internet users breathless.

Show off your body

Very often the sister of the famous migrant publishes this type of hot photos, since her page is full of several of them, in which she appears with a miniskirt and showing the tremendous leg that is loaded. Plus a great cleavage in most of her outfits

Since before and after, the death has stood out for showing her enormous attributes from all angles, this has earned her a large number of fans, who love her more every day and are aware of all her publications. She is probably more famous now than the sister herself. Filed Under: Sister Lady Middle Beans

It leaves little to the imagination

On this occasion, the sister of the controversial migrant, left her male audience speechless, and incidentally recalled a photograph that she had published weeks before where she appears in a red dress that leaves very little to the imagination. Captivating users.

The aerial shot left her huge breasts in the foreground and drove her audience crazy, which grows more every day, since to date she has more than 21,600 followers on Instagram and little by little she consolidates as one of the public’s favorites. Leaving a message: “A new beginning in the name of God.” Filed Under: Sister Lady Middle Beans

On another occasion, Lady Frijoles’ sister, Mirian Zelaya shared a photo where her huge breasts can be seen, wearing a transparent black blouse, which further motivated her fans to like the photos. Getting a lot of reactions.

That sensual image gained more public because she wore red hair with which she felt more sensual and sexy and that is how her followers made her see it, who are only waiting for the right moment to see what she takes out to their delight. But he could not miss his body show. Filed Under: Sister Lady Middle Beans

Not content with the uproar she causes, she has hurried to upload more and more images of her breasts, with impressive necklines that shake every look of the men who follow her on her account. For this reason, he has achieved a large number of followers.

On one occasion she wore a black and white dress, with an extra opening in her neckline, which almost caused her to overflow, in this photo the madness was unleashed when she wrote: “When you have the opportunity to be happy, try it because we are in this world today and who knows tomorrow ”. Filed Under: Sister Lady Middle Beans