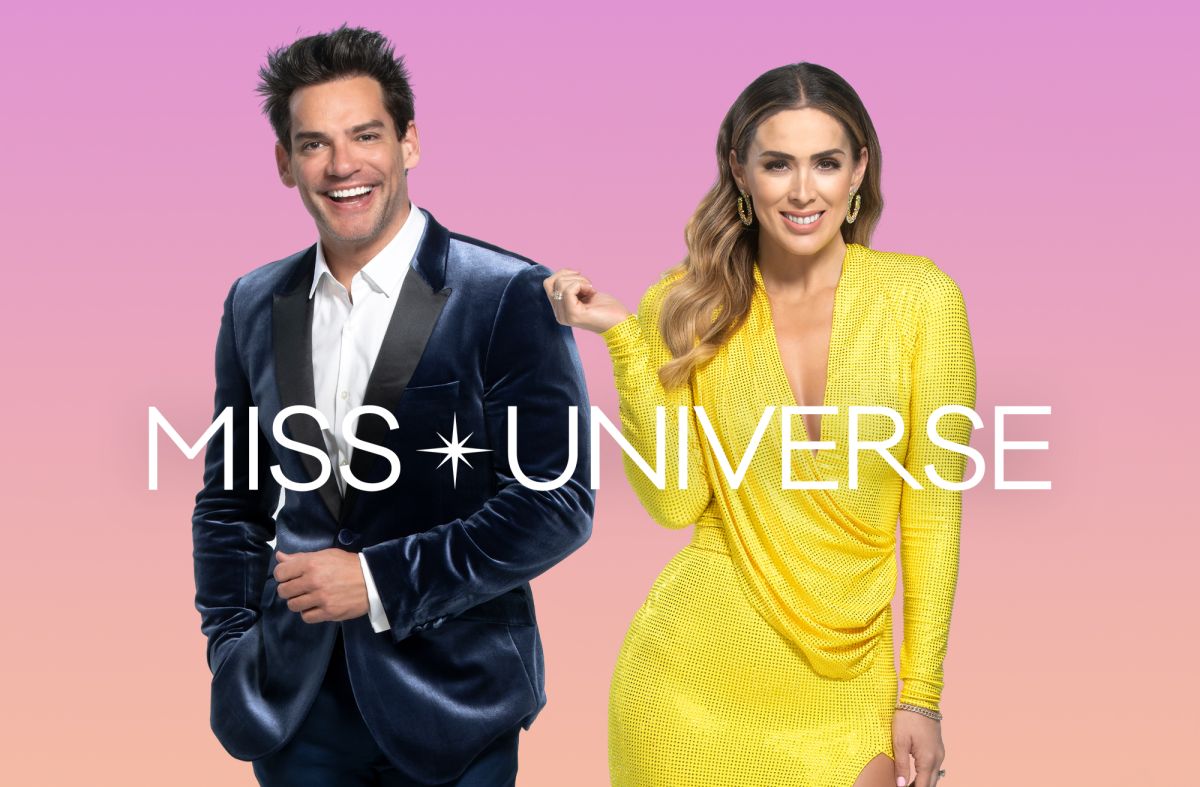 Jacky Bracamontes and Cristian de la Fuente will be the conductors of the 70th edition of miss Universe which will air live from coast to coast on Telemundo. It will be Sunday December 12 starting at 7pm (Eastern) / 6pm (Central / 4pm (Pacific) when the beauty pageant takes place from Eilat, Israel.

Alix aspe by “LatinXNow!” and Carlos Adyan of “En Casa con Telemundo” join the broadcast to offer viewers the excitement of the great event with content, interviews and extensive coverage of all preliminary activities.

Jacky Bracamontes, who represented her native Mexico in the Miss Universe competition in 2001, is one of the most important figures in Latin American entertainment. She is currently the host of “Así se Baila”, Telemundo’s dance competition. Last May, he drove the 69th. edition of MISS UNIVERSE®, in addition to the “Latin American Music Awards” and their stellar participation in the successful series “La Suerte de Loli”. Bracamontes joined Telemundo to host “Viva el Mundial y Más,” a program that aired during the 2018 FIFA World Cup Russia ™, and hosted both seasons of “La Voz”. Throughout her career, she has hosted successful programs and specials, as well as starring in soap operas such as “Las Tontas No Van al Cielo”, “Heridas de Amor” and “Sortilegio”, among others.

Cristian de la Fuente is a Latin superstar who has been part of numerous Hollywood productions. He is currently one of the judges of the Telemundo dance competition, “Así se Baila”. Previously, she competed on the sixth season of ABC’s “Dancing with the Stars,” reaching the finale. His professional credits include being a host of several awards and an actor for several television series such as “CSI: Miami“, “Private Practice”, “Devious Maids”, “The Game of Keys”, “Dream of Love”, “En Tierras Salvajes “, and” Amor Bravío “. He has also participated in several films, including “Driven” opposite Sylvester Stallone, “Vampires: The Dead” by Tommy Lee Wallace with Jon Bon Jovi, and provided the voice for the animated film “Condorito: The Movie.” Cristian made his debut as a producer with the movie “You Are My Home,” which was among the most viewed during its first week of release on Netflix.

• Andrea Meza, current Miss Universe, reveals with a broken heart that she is mourning the death of her grandfather
• This is how Alicia Machado looked when she won Miss Universe in the 90s
• Andrea Meza’s reign in Miss Universe ends and the date where she will deliver the crown is confirmed