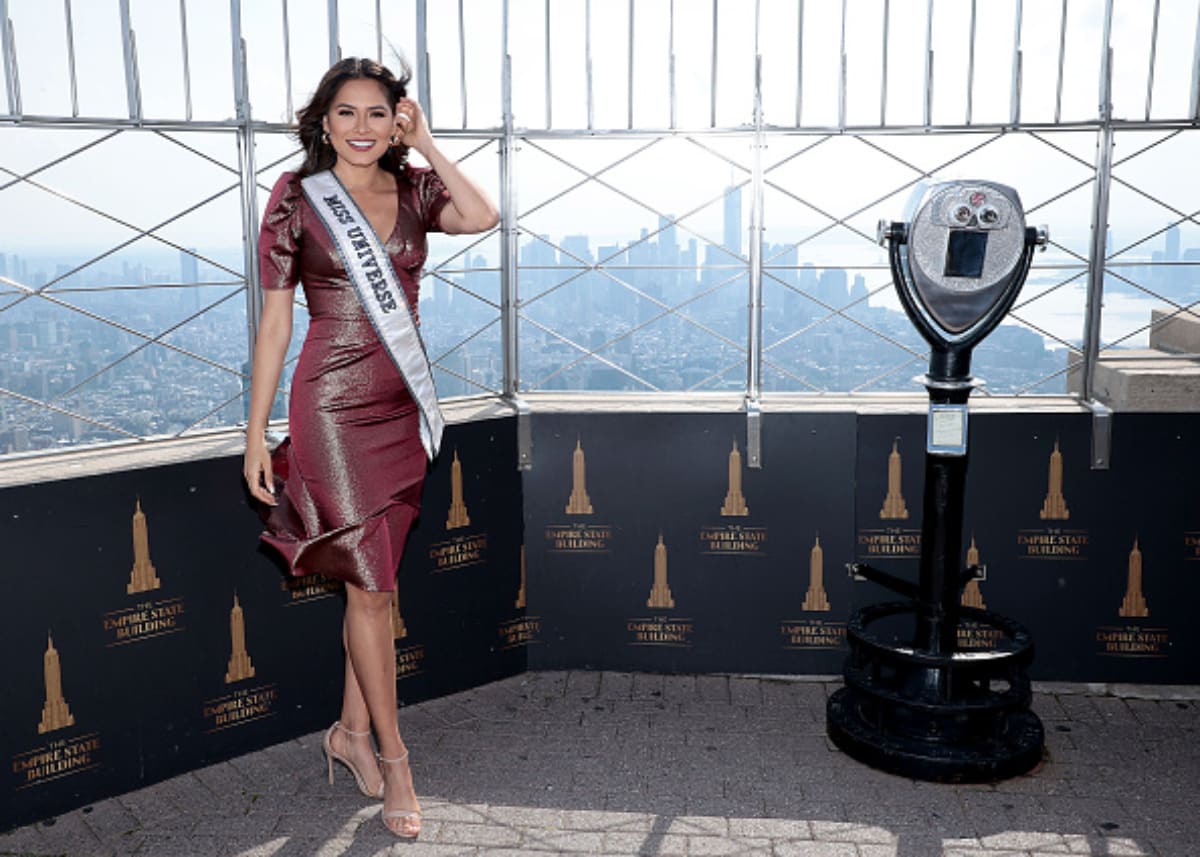 The Mexican and winner of the Miss Universe contest, Andrea Meza, is cheeky and appears in a tremendous outfit that leaves little to the imagination, according to a publication she made on her official Instagram account.

Days before the Mexican celebration for independence, the model was not shy about leaving scantily clad and like never before, she boasted her exceptional figure, which is why she left more than one with their mouths open and wanting to see more.

Until the morning of this September 16, 2021, the Mexican accumulated more than 148 thousand reactions of likes and little more than 720 comments, especially from men who did not stop flattering her beauty and pose in all the photos.

Gone are for some the controversy whether or not she deserved to be the winner of the most important beauty pageant in the world and they dedicated themselves to highlighting her image, since she is currently invited to all kinds of events.

In her photographs, the model boasted a vacation in Kona, Big Island, Hawaii, lying in a fabric hammock, with an orange bikini and dark glasses, so she immediately provoked the lowest passions.

In a textual way they told her: “I wanted to, but couldn’t”, “how beautiful you are Mexico how beautiful you are miss universe”, “so that they go and say”, “goddess”, “the body”, “divine”, “the Mexicana ”,“ queen of my heart and my life ”, were some of the compliments that the woman received.

But also, just last night she captivated her followers by celebrating national holidays in a foreign land, since she visited the area of ​​Sunset Park, Brooklyn, NY as a guest and there she also left a pleasant taste in her mouth, despite the fact that she did not wear a bikini.

But the model surprised everyone with a minishort that showed her great attributes, her shapely and well-formed legs, which caught the attention of those present who were always looking for a photograph with her.

LEAVE THE NAME OF MEXICO HIGH

In the place, several postcards were taken even with the authorities, no one missed the opportunity to pose next to the most beautiful woman in the world this 2021, and despite the controversies over her triumph, the public decided to rejoice.

Mexico celebrated last night the 114th anniversary of its independence from Spain with parties throughout the country, however, for Andrea Meza it was the perfect opportunity to leave on behalf of Mexico with this movement. Filed Under: Miss Universe Andrea Meza

In August, with the title of Miss Universe 2020, a family reunion in New York, full of projects, healthy and in love with her boyfriend, the tiktoker Ryan Antonio, Alma Andrea Meza arrives today at 27 years old. “Turning years is a privilege, it symbolizes maturity, learning.

Every birthday I have had has been one of radical changes, with different people. A birthday motivates me because I feel comfortable with myself, I set new goals for myself and I always do new projects.

“AGE HAS NEVER OBSESSED ME”

“I have never been obsessed with age or comments about the years, I think you have to live them well, be proud of the experience, of life,” he shared in an exclusive interview for the People section of Agencia Reforma.

Her loved ones joined in the celebrations of the beauty queen, with a certified vegan cake and to the rhythm of the mañanitas, which she also sang. He smiled, he was moved, he was excited and he was excited. For his anniversary, the organization for which he works gave him the option of traveling to his native Chihuahua this week, to be with his loved ones; however, the model preferred that they go to visit her in the United States. Filed Under: Miss Universe Andrea Meza

Miss Universe Andrea Meza: TOGETHER WITH HER FAMILY

“It made me better if they came. My family is coming, my friends, it’s my only birthday as Miss Universe and it’s in New York! We will have these days and the weekend to have fun, it will be unforgettable! ”.
Smiling and talkative, the graduate of the Autonomous University of Chihuahua in Software Engineering recalls some past celebrations, in which her relatives and the mariachis were not lacking.

“As I am from a very large family, my mother and father, plus my friends, have always been (their celebrations with) piñata, cake, a discada (popular dish in the north of the country), a roast meat, a taquiza And yes, the mariachis cannot be absent.

“The birthday I remember the most is my 22, I had a party at my grandparents’ farm and invited everyone from the faculty. There were many of us, (it was) impressive ”, shared Meza, who enjoys the summer, the heat and the holidays this season.

She recalled that a year ago she was still living in Jardines del Sol, Guadalajara, where she prepared for beauty pageants and learned the meaning of independence. “It was very rare because of the pandemic, and a friend took us to his rest home and we had a great time. There I verified that there are friends who are the extension of the family, otherwise, I would have spent it alone. Filed Under: Miss Universe Andrea Meza

“I LEARNED TO BE INDEPENDENT”

“It was in Guadalajara where I learned what it means to be independent. I spent a good time without work and I remember that for my first month of rent and expenses, it was not enough. I met great friends, my last three years were there and I had very beautiful birthdays, “said Meza, who considers that the best gifts are calls, positive messages and the company of his loved ones.

The aspiring singer, who shares a condo in the Big Apple with Miss USA, Anya Branch, mentioned that her worst birthday coincided with her college rookie party: she invited the boy she liked and told him that she would not go, in the end, he attended with another. Filed Under: Miss Universe Andrea Meza

After her activities for the day, the Mexican took time to taste, together with her Miss Universe work team, the cake that we brought her and she enjoyed a day full of joy and surprises for her birthday with her loved ones.

“I’m in love, I love my boyfriend (Ryan Antonio) very much. My family liked him very well. It is important for me to think that it is a lasting relationship, that I am going to share my life with him. I don’t get into a relationship if I don’t think it is serious and long-lasting, it’s a commitment ”. Filed Under: Miss Universe Andrea Meza