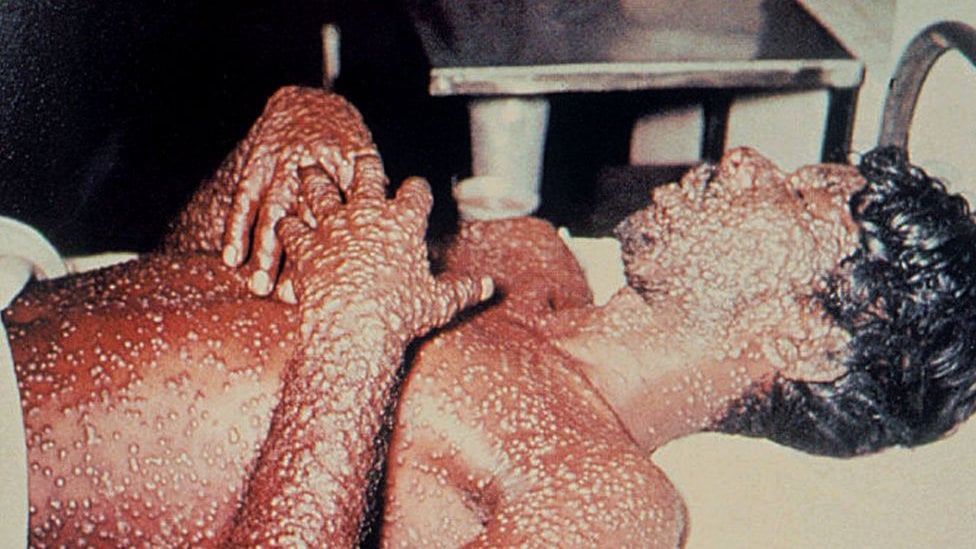 The emergence of several outbreaks of monkeypox in the United States, Canada and several countries in Europe has reminded us of the fearsome pathogen that for centuries devastated humanity.

Smallpox is one of the deadliest diseases that has ever existed, and studies on Egyptian mummies suggest that it may have been circulating among us for at least 3,000 years.

In the 20th century alone it is estimated that he killed around 300 million people.

Fortunately, the smallpox it became the first eradicated disease in history more than 40 years ago, when the World Health Organization certified its end in 1980 after a successful global vaccination campaign.

Now this monkey pox is causing the largest outbreak ever seen in Europe of the disease and scientists are studying its implications in depth.

At the moment, medical authorities indicate that the chances of seeing an uncontrolled transmission they are low and point out that its lethality is far from that caused by the relentless human smallpox.

At BBC Mundo we analyze the differences between these two very similar viruses from the same family of orthopoxviruses.

How deadly is it?

It is the question that surely many ask themselves when hearing about an unknown disease. Especially if it shares the name with one of the deadliest in history.

“Fortunately, monkeypox is quite a bit milder than the larger version of humanpox, which reached 30%“, Explains BBC Mundo Raúl Rivas González, professor of microbiology at the University of Salamanca in Spain.

Smallpox came in two versions: variola major and variola minor. The eldest was the most deadly, which could reach 30%. The minor caused milder illness and rarely caused death.

It happens in a similar way with monkeypox, although with lower mortality rates. There are two “clades” or versions: West African and Central African.

“West Africa is the mildest, with mortality between 1% and 10%and it seems to be the one that is causing the outbreak in Europe”, says Rivas,

“The one from central Africa, on the other hand, is more virulent and dangerous and can kill around 20% of those infected,” he adds.

Jacob Lorenzo Morales, director of the University Institute of Tropical Diseases and Public Health of the Canary Islands in Spain, offers the same percentages and explains that the highest levels of lethality they concentrate in certain populations.

“Based on the data we have seen, the highest lethality occurs in very poor rural areas in Africa and, in general, in many children due to their less developed immune system,” he points out for BBC Mundo.

We are in the midst of the coronavirus pandemic where we are dealing with a highly transmissible pathogen, but this is not the case with monkeypox.

This type of smallpox, in turn, also seems to be less easily transmitted than human smallpox.

“It is a virus that It is very well transmitted between animals.but once it jumps from animal to human it does not have a high capacity to be transmitted”, says Lorenzo Morales.

Medical authorities note that there is not yet much information about the possible routes of human-to-human transmission in the current outbreaks.

As far as is known, it is transmitted mainly through close contacts and exchanges of bodily fluids. Many of the cases in Europe appear to be linked to sexually transmitted.

But all possible routes are being studied, such as indirect transmission through contaminated objects and even aerosols.

“The eradicated smallpox was transmitted in a similar way, but the contagion between humans was much easier,” recalls Lorenzo Morales, who does not rule out that in the future monkeypox could become more efficient in the form of transmission.

Raúl Rivas explains that this smallpox is a fairly stable virus and that it varies very little. But in turn, Morales mentions that “it is a relatively new pathogen, getting used to living among us, and it is not yet specialized in multiplying and infecting us.”

smallpox could only be transmitted between humans. According to the Centers for Disease Control and Prevention in the United States, there is no scientific evidence that smallpox can be transmitted by insects or other animals.

The origin of smallpox is unknown. In the case of monkeypox, it is so named because it was discovered in colonies of monkeys kept for research in 1958.

In both diseases, the clinical picture begins in a similar way, although it is somewhat milder in monkeypox.

“As in most infections, they start with a fever and body discomfort, fatigue, muscle pain and sore throat are also common,” Rivas describes.

In addition, in both diseases, the unmistakable skin pustules which can then leave visible scars on the patients skin.

“Then, as days go by, monkeypox usually swells the lymph nodes, both cervical, maxillary, axillary and in the groin. This did not happen with smallpox”, adds Rivas.

The incubation period for monkeypox usually 7-14 daysbut can be reduced to 5 and raised to 21 days.

In the case of smallpox, incubation can last between 7 and 19 days, although the average duration was between 10 and 14 days.

Smallpox was eradicated thanks to a historical vaccination campaign which put an end to thousands of years of deaths caused by the pathogen.

Since the monkeypox virus is closely related to the virus that causes smallpox, the smallpox vaccine has also been shown to be effective for both diseases.

In this case, people older than 55-60 years who were vaccinated against smallpox before its eradication could then have a considerable immunity against monkeypox.

However, while the best strategy to treat this disease is defined, which scientists see as unlikely to get out of control, the available treatments are mainly palliative for the symptoms.

Lorenzo Morales regrets that there is no specific treatment.

“As it is a pathogen that has mainly affected Africa and not developed countries, not enough is invested in the search for treatments“, He says.

However, despite not having specific treatments, there is a very big difference between this monkeypox and the one that has been eradicated: it is the advancement of science and knowledge.

For hundreds of years, smallpox raged with little understanding of the disease and how to stop it.

“This monkey pox It is a disease that we know well. Perhaps for the general public it is something new, but it was discovered in 1958. It is also well studied because it is very similar to smallpox”, says Rivas.