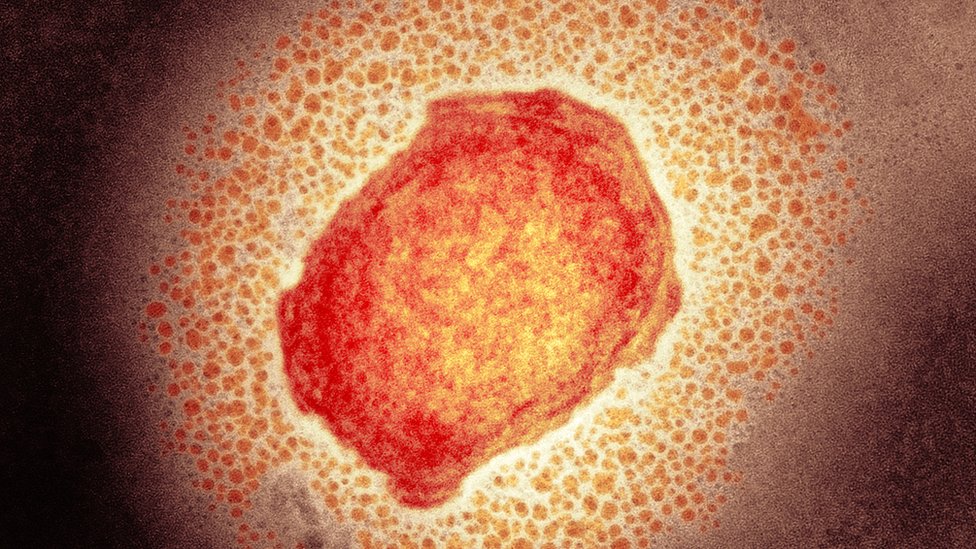 It is already the largest outbreak of monkeypox reported outside of Africa on record.

Since the beginning of this month, health authorities in several nations, from Europe to Canada, the United States and Australia, have begun to detect cases of this strange disease, whose previous outbreaks had been very contained.

In recent years, cases outside of Africa had only been detected in the US, Israel, the UK and Singapore (although this does not imply that they have not occurred in other countries, where epidemiological detection systems are less developed).

However, in recent weeks, the outbreaks have been multiplying in a way that has begun to sound alerts in health institutions.

Many epidemiological surveillance agencies and experts, however, have clarified that, although the current cases and their forms of contagion are still being studied, monkeypox is not a health threat to the general public.

However, it is the first time that so many countries in the world have simultaneously detected new cases in the same period of time and many of them with no apparent connection or travel history to Africa.

Being an already known disease, health centers in numerous nations have long had protocols that suggest how to avoid contagion, detect symptoms and offer treatment.

Here we tell you some of those keys on how you can prevent handpox and avoid getting it.

The health authorities of several countries, including several Latin American ones, have been put on alert to quickly identify any potential case of monkeypox, in order to offer treatment, trace contacts and prevent the spread of the virus.

To do this, many health agencies have recommended their populations to be attentive to the symptoms and go to the doctor if there is a suspicion of being infected, mainly if you have been traveling in the last three weeks (the incubation period of the disease).

The United Kingdom Health Security Agency (Ukhsa) notes that, at first, the symptoms of the disease are usually similar to those of the flu and include:

The most characteristic symptom appears 1 to 5 days after the fever: a rash develops that often begins on the face and then spreads to other parts of the body, mainly the hands and feet.

In many of the current cases, people have reported the appearance of the rash in the genital area.

The way these types of blisters look changes and goes through different stages before finally forming a scab which then falls off.

If a person has this type of rash, they should go to the doctor and isolate themselves to avoid transmitting the disease to others.

Being attentive to the symptoms is key, because monkeypox, unlike covid, I don’t know transmit before people develop symptoms.

The Cleveland Clinic explains that one person can infect another until all the scabs have fallen off and there is intact skin underneath.

In the United Kingdom, where one of the largest numbers of cases has been reported so far, authorities are investigating as a pattern that many of the patients are men who have sex with other men.

Although some theories have been valued such as that the virus has mutated and can now also be sexually transmitted, British epidemiologists and virologists believe that in the end this is because the virus has continued to be transmitted in a way that is already known: the close skin-to-skin contact.

For this reason, the British health agency has decided to contact clinics that care for LGBTI people to alert these groups of potential risks associated with the spread of monkeypox through intimate contact.

Susan Hopkins, chief medical adviser to the Ukhsa, explained that one of the measures to be taken is watch for the appearance of skin lesions.

“We are calling on men who are gay and bisexual who are aware of any unusual rashes or lesions to contact a sexual health service without delay if they have concerns,” he said.

British LGBTI organizations have recommended that people be aware of any rashes on their potential sexual partners and openly discuss this new disease and its symptoms in the event of a chance encounter.

The potential transmission from one person to another it doesn’t happen just from closeness during sex.

The Ukhsa explains that propagation can take place through any:

That is why the health authorities recommend not wearing clothes or having close contact with people who may be sick and, if you have symptoms, isolate yourself and once you recover, wash your clothes, including towels and sheets.

Likewise, they suggest using disposable tissues in case of coughing and sneezing and, if you can, avoid doing it with other people near you.

Hygiene and other care

In this sense, the United States Centers for Disease Control and Prevention (CDC) remind that washing your hands is still a decisive action against this virus.

“Practice good hand hygiene after contact with infected animals or humans. Wash your hands with soap and water or use an alcohol-based hand sanitizer,” the CDC recommends.

The Cleveland Clinic recalls that, in Africa, the disease has become more common in childrenso parents must also apply this care to minors.

Although it has not yet been detected in animals, other outbreaks of monkeypox have originated in some species transported from Africa.

For this reason, the Cleveland Clinic generally recommends Thoroughly cook all foods that contain meat or animal parts.

Some public health experts have also recommended that people who travel internationally be attentive to the recommendations of local authorities and follow their instructions and protocols, if they exist, to avoid potential contagion.

If you work with people who are infected in hospitals, clinics or health centers, the CDC recommends that you use personal protective equipment.