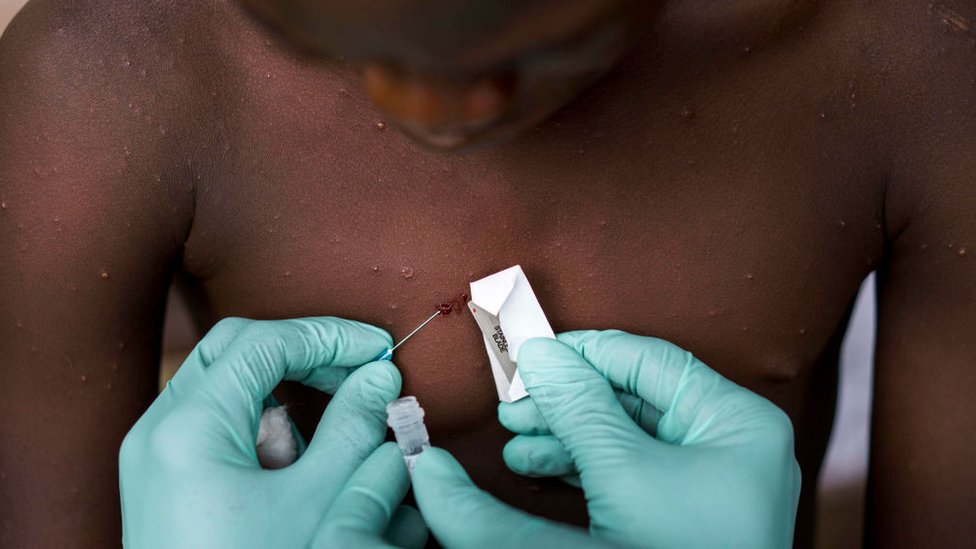 Another virus has set off alarms in a world that has not yet emerged from a pandemic.

Monkeypox, a rare disease that has affected Africans for centuries, has begun to be reported in several countries around the world, including the United States, Canada and several European nations.

Although the outbreaks are currently contained, reports of new cases in different countries have raised concern in many regions.

However, although the medical authorities point out that there is still not much information about the new outbreaks and their possible transmission routes, at the moment they assure that there is no reason for panic or great risks for the general public.

“It is important to emphasize that monkeypox it does not spread easily between people and the risk to the general public is very low“said Nick Phin, deputy director of the National Infection Service at the UK public health office.

Michael Head, a senior research fellow in global health at the University of Southampton, says that while there are still gaps in knowledge about the current outbreak, he doesn’t think people need to fear levels of infection like those seen in the coronavirus pandemic.

“I think it would be very rare for us to see more than a few cases in each outbreak. And definitely we will not see covid-style levels of transmission,” he told Science Media Center.

And it is that, unlike when the first cases of coronavirus were reported, about which nothing was known, monkeypox is an already known disease, for which there are even vaccines, treatments and previous experiences from previous outbreaks.

It should also be taken into account that the epidemiological monitoring and surveillance mechanisms are now also more modern and it is now easier to detect and identify viruses, which may mean that there are also more news about strains, infectious diseases or virus variants.

Health authorities warn, however, that this does not imply that vigilance and action should not be taken to contain the spread of current cases: viruses mutate frequently and nothing guarantees that one outbreak will be the same as another.

Here are some reasons why health experts believe the cases reported so far do not pose a serious threat to the general public.

When the first cases of covid-19 began to be reported in the world, one of the big questions was what type of pathogen caused it and what was its origin.

Although SARS-Cov-2 was identified in a short time and several theories suggest that it passed from animals to humans, it is still under debate what animal it was and how it initially passed to people.

Unlike that situation, the virus that causes monkeypox has been known for more than half a century, so it is known how it works and how it is transmitted.

Although it is believed to have affected people in Africa for much longer, it was identified in 1958 in monkeys kept in a laboratory for research, hence its name.

However, subsequent studies showed that the main vectors of the disease appeared to be rodents and not apes.

“Monkeypox was first discovered in apes in the 1950s, but by 1970 it had spread to humans. It is also found in other wild animals, such as some rodents, so monkeys may not be the main natural reservoir of the virus. Transmission to humans is assumed to be due to ingestion of infected animals,” explains Simon Clarke, Associate Professor of Cellular Microbiology at the University of Reading. Science Media Center.

Although in the cases of the new outbreak, the medical authorities have pointed out that some patients have in common being men who have sex with other men, there is currently no evidence that the virus has mutated to a form of sexual transmission, which was not known until now.

2. There are vaccines and treatments available

Being a known virus that has affected communities for decades, there are vaccines and treatments available.

Since the monkeypox virus is closely related to the virus that causes smallpox, the smallpox vaccine has also been shown to be effective for both diseases.

The US Centers for Disease Control and Prevention (CDC) explains on its website that while no specific treatments are currently available for monkeypox infection, outbreaks can be controlled with medication.

They are medicines already on the market that have been approved and have been shown to be effective against the disease, such as cidofovir, ST-246 and vaccinia immunoglobulin.

There is also a vaccine approved by several nations for the prevention and treatment of monkeypox, called JYNNEOSTM (also known as Imvamune or Imvanex) and which is produced by the Danish pharmaceutical company Bavarian Nordic.

Previous data from its use in Africa suggest that it is at least 85% effective to prevent monkeypox.

There is a second smallpox vaccine, the ACAM2000, made by Emergent Product Development, which medical authorities also believe offers some protection against monkeypox. In fact, it was this that was used in an outbreak reported in 2003 in the US.

The WHO notes that some people who received smallpox vaccines may also have certain levels of immunity, although in many countries this vaccination was suspended almost 40 years ago when the disease was considered eradicated.

Vaccines, in most countries, are currently only authorized for people over the age of 18 who are considered to be at high risk of contracting the disease.

The UK Health Security Agency explains that monkeypox vaccination can be used both before and after exposure.

Bavarian Nordic announced this Wednesday that the US government commissioned the pharmaceutical company to manufacture millions of doses valued at more than US$119 million after the detection of the first case in the country.

3. It is not very contagious

The UK Health Security Agency says that, unlike other contagious diseases, monkeypox does not spread easily between people.

In previous outbreaks, an infected person transmitted the virus, on average to between zero and one person, so the levels of contagion have been very low.

“In most cases, a sick person does not transmit the virus to anyone else“Jay Hooper of the US Army Medical Research Institute for Infectious Diseases told NPR in a report on the disease.

Dr Head, from the University of Southampton, explains that this is because the virus needs very close contact, sometimes skin-to-skin, with an infected individual to become infected.

According to the WHO, the case fatality rate for monkeypox has ranged from 0 to 11% in the general population and has been higher among young children.

The spread of monkeypox can occur when a person comes into close contact with an animal, human, or material contaminated with the virus, which enters the body through broken skin (even if not visible), the respiratory tract, or the mucous membranes (eyes, nose or mouth).

The UK Health Security Agency explains that person-to-person spread “It’s not Common“, but can occur through:

4. There have been several previous outbreaks

The first human case of monkeypox was recorded in 1970 in the Democratic Republic of the Congo, and outbreaks or cases of the infection have been reported in several countries in central and western Africa over the decades since.

Although human cases of monkeypox outside of Africa are rare, they have been reported in the United States, United Kingdom, Israel, and Singapore in recent years.

In fact, in the United Kingdom, where the first case of the current outbreak was detected, patients with the disease were also registered in 2018, 2019 and 2021.

All these outbreaks that have been previously detected outside of Africa have been very small, with very few people infected.

The existence of previous outbreaks gives health authorities not only knowledge about the ways in which the virus can be transmitted, but also experience in how to contain it, treat patients and propose ways to mitigate contagion.

However, the health agencies of several countries announced that they will closely monitor the evolution of new cases, given that until there is sufficient data, it cannot be categorically stated that it will be the same now.

In fact, never before have so many cases of monkeypox been recorded simultaneously in several countries and without a potential link being established between infected people with travel to Africa, as is the case now.