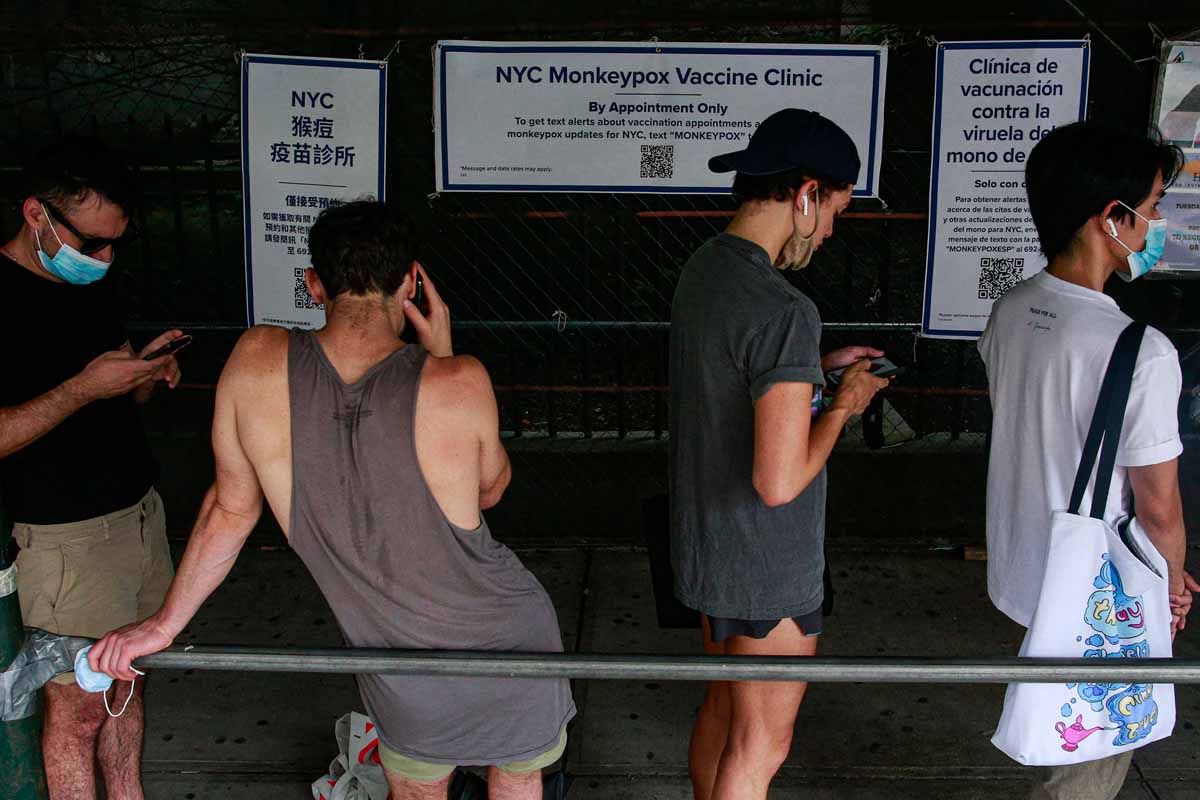 Despite the opening of three monkeypox vaccine distribution centers in New York, the number of cases is on the rise due to the limited supply of doses.

This Sunday, at the Bronx High School of Science, as well as at Bushwick Education, in Brooklyn; and at the Aviation High School, in Queens, the inoculation campaign continued to prevent the spread of cases of infected people.

Nevertheless, in the Bronx, only 1,400 people considered high risk received the vaccine, Well, according to information released by News 12, the number of doses is quite low due to the strong demand of the population.

This could be verified during the week after the 9,000 appointments granted were booked in just seven minutes.

In this regard, Vanessa L. Gibson, president of the district of the Bronx, acknowledged that, despite the good will of the health authorities to vaccinate the population, a “one day” clinic is not enough.

“It’s great, but what we still need in the Bronx is our own health clinic. We think it’s important to prioritize the Bronx for its own clinic, and it’s really working with the health department in capacity, making sure the existing site has the space and staff to accommodate new services,” he said.

Long lines waiting for a dose

In the meantime, Long lines of people waiting patiently for their turn to receive the coveted vaccine could be seen at Bushwick Education. which according to various health experts reduces the risk of getting monkeypox by up to 85%.

Nevertheless, the number of vaccinated is insignificant compared to the eight million people who inhabit the city, but especially compared to the increase in cases that in the last week it went from 223 registered on Monday to 461 reported on Friday, which has begun to worry the population.

At the moment it is known that New York, on the east coast of the United States, has already administered or scheduled 21,500 vaccines and although the goal is to try to reach more people, so far there is a dose deficit.

Another interesting point is that the people most familiar with technology are the ones who can access the vaccines faster, because as soon as registrations open, they are the ones who take advantage of the opportunity, relegating the elderly.