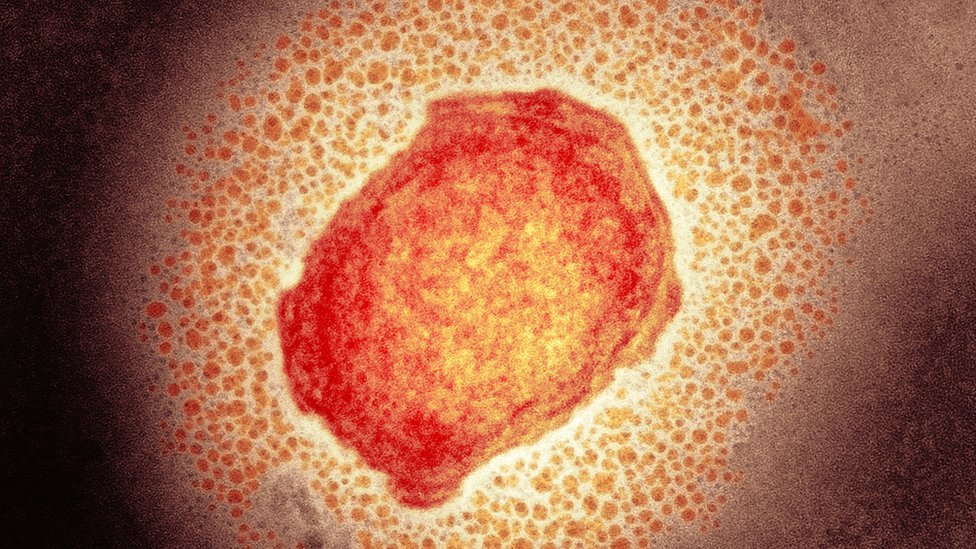 If you feel like the world is still recovering from the covid-19 pandemic, I’m sorry, but there is another virus to deal with.

This time it’s about the monkey pox and there are more than 90 confirmed cases in at least 14 countries where this disease would not normally be expected to occur.

What’s going on? Is it time to worry or are we getting too upset from having lived through covid?

Let’s be clear: its Teither is not anothera pandemic covid-19 and we are nowhere near seeing lockdowns again to contain the spread of monkeypox.

However, this is an unusual and unprecedented outbreak that took scientists who specialize in disease completely by surprise and it is always a concern when a virus changes its behavior.

Until now, monkeypox was fairly predictable.

The natural home of the virus is wild animals, and it is actually believed to be rodents and not monkeys that are transmitting it.

When someone in the rain forests of West and Central Africa comes into contact with an infected creature, the virus jumps between species. His skin breaks out in a rash, which blisters and then crusts over.

The virus is now outside of its usual home and working hard to spread, requiring prolonged close contact to reproduce. Therefore, buds tend to be small and a disappear on their own.

A small number of cases have emerged earlier in other parts of the world, but all could be immediately linked to someone who had traveled to an affected country and brought it home.

That is no longer the case.

“We are in a very new situation; that is a surprise and a concern,” Peter Horby, director of the Institute for Pandemic Sciences at the University of Oxford, told me.

Although he said that this “is not covid two“noted that “we must act” to prevent the virus from taking hold, since this is “something we really want to avoid.”

Doctor Hugh Adler, who has treated monkeypox patients, agrees: “It’s not a pattern we’ve seen before, it’s a surprise.”

So what’s going on?

We know this outbreak is different, but we don’t know why.

There are two broad options: the virus changed, or the same old virus found itself in the right place at the right time to thrive.

Monkeypox is contracted by a DNA virus, so doesn’t mutate as fast as the covid or the flu.

Very early genetic analysis suggests current cases are very closely related to forms of the virus seen in 2018 and 2019. It’s too early to be sure, but for now there is no evidence that this is a new mutant variant in game.

But a virus doesn’t have to change to seize an opportunity, as we’ve learned from the unexpectedly large outbreaks of Ebola and Zika viruses in the last decade.

“We always thought Ebola was easy to contain, until it wasn’t,” said Professor Adam Kucharski, from the London School of Hygiene and Tropical Medicine.

It’s not clear why gay and bisexual men are disproportionately affected. Do sexual behaviors facilitate spread? Is it just a coincidence? Is a community more aware of sexual health and getting checked out?

It may also be that monkeypox has become easier to spread.

Mass smallpox vaccinations in the past may have given older generations some protection against the closely related monkeypox.

“It’s probably spreading more effectively than it was in the smallpox era, but we don’t see anything to suggest it could spread,” said Adler, who still hopes this outbreak will fade on its own.

What is the connection?

Understanding how this outbreak started will help predict what happens next.

We know that we are only seeing the tip of the iceberg, since the cases that are detected do not fit into a clear picture of “this person passed it on to that person”.

Instead, many of the cases appear to be unrelated, thus missing links in a chain that appears to stretch across Europe and beyond.

A recent massive superspreading event, in which large numbers of people gathered and contracted monkeypox in the same place, such as a festival, and then carried it off to different countries, could explain the current situation.

The alternative explanation for so many unconnected people getting infected is if the virus really was lurking around unnoticed for quite some time and involving a lot of people.

Either way, we can expect more cases to continue to be found.

“I don’t think people in general should worry at this stage, but I also don’t think we’ve figured everything out and we’re not in control of this,” said Professor Jimmy Whitworth, from the London School of Hygiene and Tropical Medicine.

But remember that we are not in the same situation as we were with covid-19.

East it is a known virus, not a new one, and we already have vaccinations andtreatments. In most cases it passes as a mild illness, although it can be more dangerous in young children, pregnant women, and people with weakened immune systems.

But it spreads more slowly than Covid-19, and the distinctive, painful rash makes it harder to miss than a cough that could be anything.

This makes it easier to find people who may have been infected and to vaccinate those who are at risk of contracting it.

However, the regional director for Europe of the World Health Organization, Hans Kluge, issued a warning: “As we enter the summer season (…) with mass gatherings, festivals and parties, I am concerned that the transmission could speed up”.