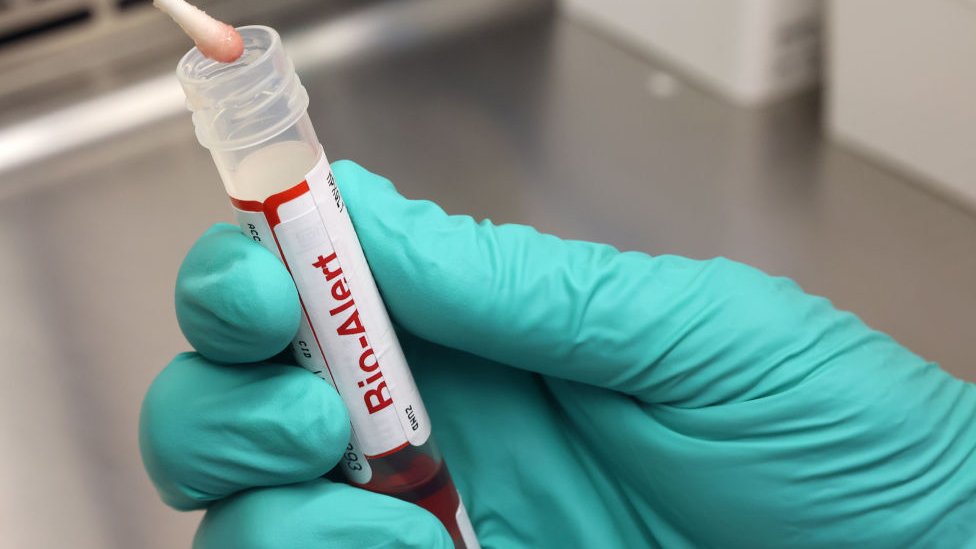 It is a known disease and humanity has fought against it in the past, but infections are increasing around the world and governments have failed to contain them.

The monkey poxa condition of zoonotic origin endemic to the regions of West and Central Africa, is already present in 65 countries, an unprecedented fact.

Positive cases of the virus, according to the United States Centers for Disease Control and Prevention (CDC), ascendian the Wednesday July 13 to 11,068 globally.

As the Pan American Health Organization (PAHO) said this week, the trend is for infections to continue to rise in the coming weeks.

Despite the rapid spread, and contrary to what some independent researchers argue, the director of PAHO, Carissa Ettenerexpressed that the risk posed by monkeypox “is moderate”, due to the low mortality compared to the number of reported cases.

“In many countries in the region for which we have well-characterized information, the proportion of cases with no travel history is increasing every epidemiological week, which highlights our concern about seeing more sustained transmission establish,” Alighieri said.

Although most people recover from the virus, which causes skin breakouts and flu-like symptoms such as fever and headache, there is a fear that it will become an endemic disease outside of Africa.

Monkeypox was first reported in 1970. There are approved antivirals as well as vaccines against the disease. Also tests to detect it and enough knowledge about how it spreads.

So why are cases increasing?

Without consensus among its members, the entity’s Emergency Committee understood last June that, precisely because of the low mortality, the disease did not represent a greater riskalthough it should be closely watched.

Patel maintains that this decision affects global cooperation to deal with the virus, such as the equitable distribution of existing vaccines among risk groups, which would help keep the increase in cases at bay.

“The lack of an emergency declaration leaves us without global coordination, without the necessary money and resources being established,” he said.

The action of the WHO, which will be re-evaluated by the body next week, may cause citizens not to understand the risk that the disease could represent, says, for its part, Carlos Rodriguez Diaza professor of public health at George Washington University, in the US.

“When a health emergency is declared, it is an indicator that the response must be strengthened,” he said. “There is no good distribution of information that is reliable and available to the populations that need it most,” she added.

The first cases of monkeypox, a disease that spreads most effectively through physical contact, were detected a few months ago outside of Africa among men who have sex with men. This made gays a risk group.

And, according to Alighieri, from PAHO, the cases among this community continue to grow due to the coincidence that during June and July Pride Month is celebrated in various countries, events that bring together millions of people.

Kavita Patel, for her part, recalled the importance of emphasizing that monkeypox It is not a disease that only affects homosexual men..

On the contrary, linking it to sexual orientation could also cause an increase in cases, because other groups would be unaware that they are also at risk.

“This reminds me of the early days of HIV, when we identified it as a disease related to homosexual people … and we are still dealing with the consequences in the world,” he said.

Globally, Patel continues, testing for the virus are not very accessible to the populationconcentrating in some laboratories and academic centers, but not in community clinics and other direct care facilities.

“This leaves us exposed to people who unknowingly have monkeypox and can spread it to other people. Even if they have a skin rash and some symptoms, they might think it’s a cold, because the symptoms are sometimes confused,” he said.

“In Central America, for example, people seek care from the health workers in their neighborhood. And right now these providers have virtually zero access to testing,” she detailed.

In fact, PAHO data indicates that, of the more than 1,400 positive cases on the American continent, only one was registered in Central America.

“We don’t even know the real count of cases in the world,” says the expert.

There are currently two vaccines that are effective against monkeypox. A call Jynneosis of recent development and is only approved in the US and Canada.

The other is the vaccine ACAM 2000used against traditional smallpox.

But, according to Professor Carlos Rodríguez-Díaz, reserves of both are limited, and at this time international health organizations and governments cannot carry out mass vaccinations, which leaves the population unprotected.

The New York Times reported in early July that the Danish firm that makes Jynneos it would send two million doses to the US, but this will not happen until the end of 2022. And it only has the capacity to make less than five million more vaccines for the rest of the world.

while the vaccine ACAM 2000 it has strong side effects that Patel says could be life-threatening for immunocompromised people.

Will we have a pandemic?

When the monkeypox outbreak began, scientists argued that it was unlikely to become a pandemic.

Especially since transmission is more difficult than other conditions, such as covid-19, and because it is an already known disease.

However, experts have recently claimed that the outbreak could transition into a major emergency.

In a column published in The Washington Post, Patel, along with former Harvard professor Eric Feigl-Ding and New England Complex Systems Institute founder Yaneer Bar-Yam, argued that monkeypox is already a “pandemic.”

His position is that the disease is not contained in a single geographical space.

In addition, there is community contagion between people who have not left their countries or communities. Also because some patients have been infected in an “unusual” way.

“There are infected people who have no history of sexual contact or travel. This for me is big. We have to start talking about it,” they concluded.