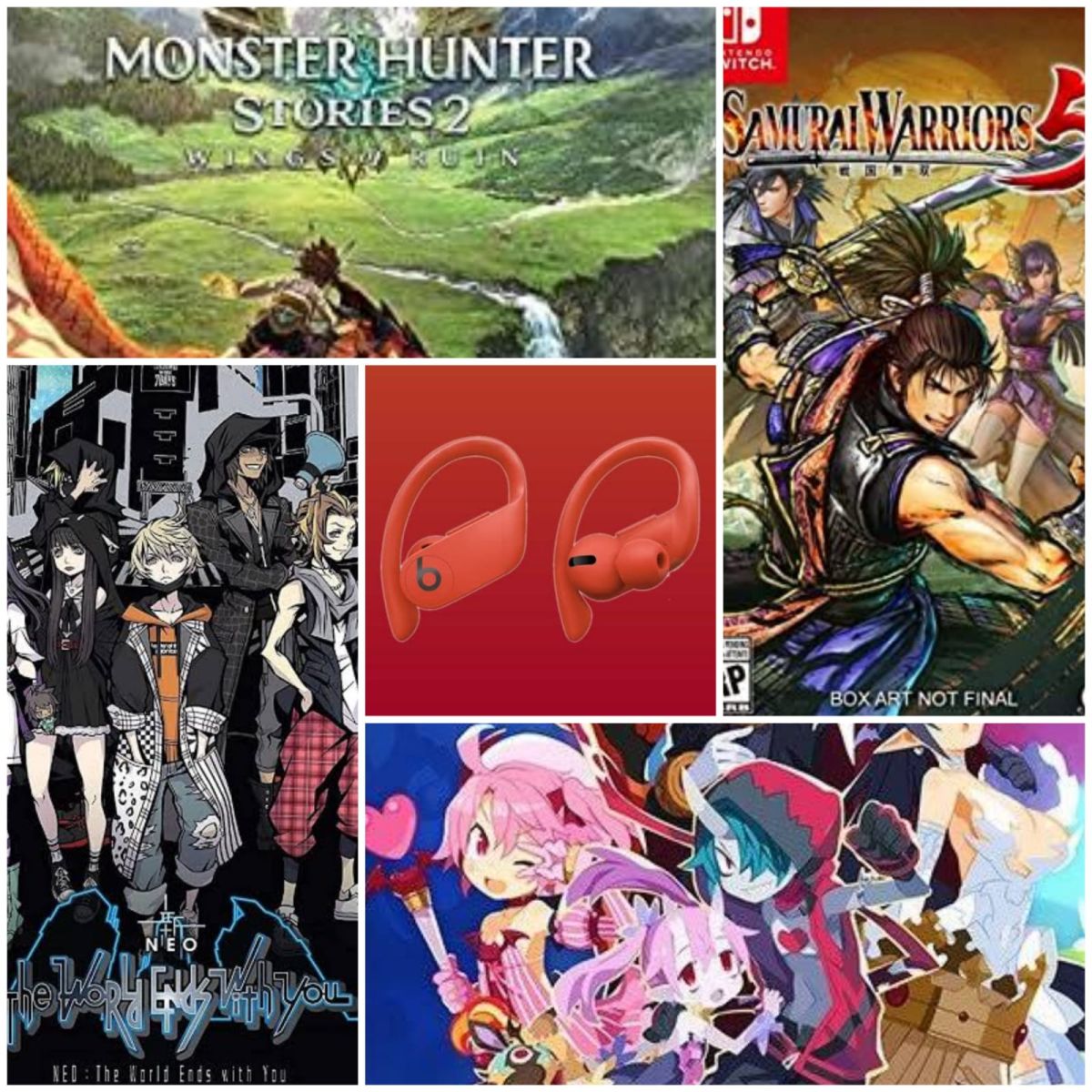 These are the bests video games and gadget that no matter what console have or what gender do you prefer, we will review you,

so if you are a fan of technology we have something for everyone so you can make a good choice. This week we feature: Powerbeats Pro, Monster Hunter Stories 2, NEO: The World Ends With You, and Disgaea 6.

It’s about a spin-off of the main series, which focuses on turn-based combat system and monster capture mechanics rather than action, something many liken to Pokemon.

On this occasion we take the role of “Rider“Red’s grandson, a great hero whose mission begins by investigating a strange red light that makes monsters go crazy.

As you advance through your adventure, you will be able to capture monsters and “combine” them to create more powerful ones, this while advancing in the world that sometimes seems small compared to what we are used to.

Thanks to the enormous possibility of combinations, we can spend hours and hours of fun wherever we go thanks to the fact that it is available in Switch. If you have never played this franchise, this title is the perfect opportunity to do so.

Are some Wireless earphones with Apple H1 Chip, Class 1 Bluetooth and 9 hours of uninterrupted sound that are also sweat and water resistant, which makes them perfect for intense workouts.

It has volume and call controls on each of the headphones, as well as the automatic play and pause function.

They recharge through the case where you keep them, which means that they cannot be charged wirelessly, but don’t worry, thanks to this, their working time is quite extended when stored while not in use.

They are definitely a great option for those who love music while doing physical activities.

NEO: The World Ends With You

The story takes place three years after the first part that we saw several years ago but this time the protagonist ands Rindo Kanade, a young man who with his friend Fret, get involved in the Shibuya Reapers Game, which is about giving people who die a chance to come back to life, something rare for those who did not enjoy the original.

Being a type game Linear RPG One of the things that you will spend most of the time is leveling up your characters and improving them with different objects while you complete the missions that are assigned to you.

It is a title that has a spectacular art direction, and impeccable art design, but that sometimes feels monotonous not being able to move the camera to enjoy all that ingenuity that designers put into that world.

Although it is not a game for everyone but you want to get your hands on something different, this is your chance to do it, available at PS4 Y Switch.

It is a hack and slash, in which the player faces hundreds of adversaries on a battlefield, with the goal of defeating an enemy commander.

The story of this delivery takes place during the Sengoku known as the “period of the states at war”, which is characterized by a long civil war in Japan.

This time we control 2 important characters in their history: Oda Nobunaga and Mitsuhide Akechi.

As for the game system, the main thing is to press buttons and defeat our enemies, which does not differ from previous installments, but to which is added the Hyper Attack, which allows you to traverse a great distance while attacking your targets.

It also has mainly 2 game modes, the Musuo what is the history as well as Citadel, in which the objective is to defeat waves of enemies.

In itself it is an entertaining game but that sometimes becomes repetitive and unlocking the extra characters can be difficult, but if you like this type of title, you definitely have to add it to your collection.

The protagonist of this charming installment is Zed, a zombie, whose mission is to end the God of destruction, is full of charismatic characters with a design that anime lovers will connect with at first sight.

In this installment, the graphics are in three dimensions and we can make combos if we have our characters close by, spectacular abilities that cause millions of points of damage in addition to the novelty of being able to go up to the level 9999, something that is facilitated thanks to the auto mode since each time the protagonist is defeated, he is reborn stronger.

Whoever has never played the title, this is the best time to do it, as there is not much difference between this and the previous installments, it is available in Switch.