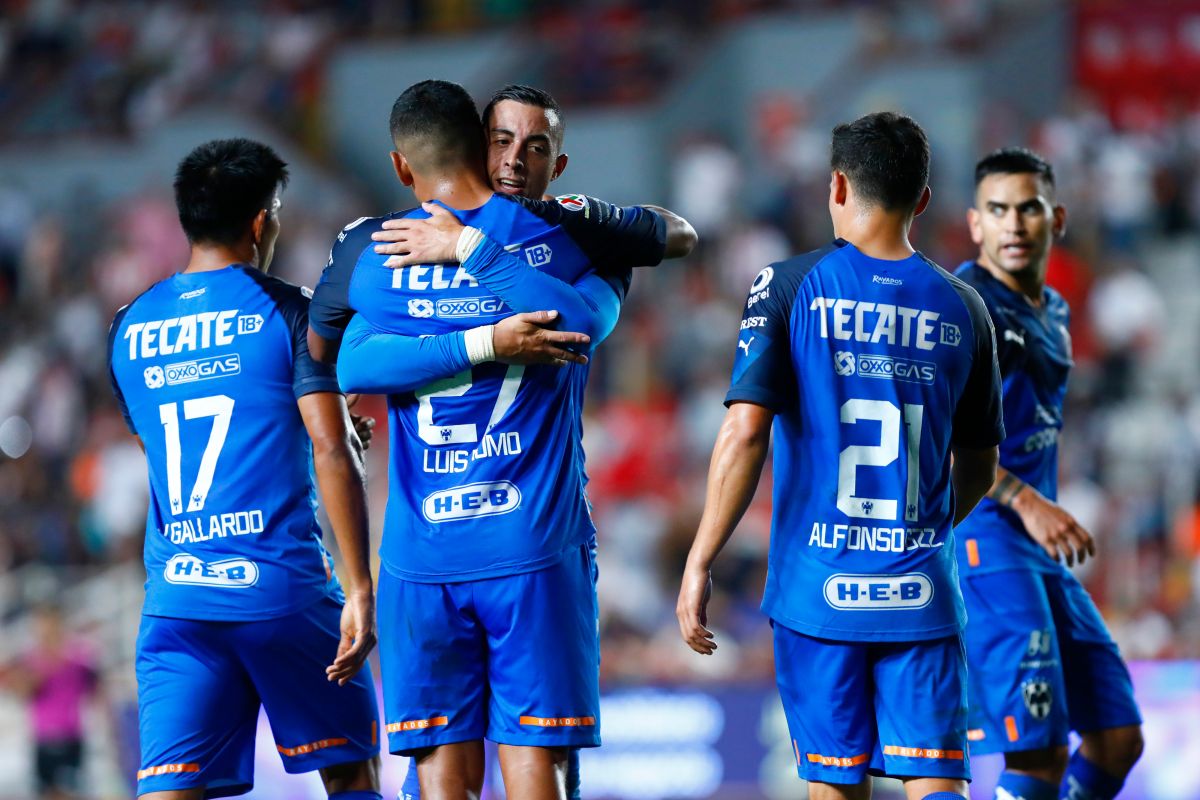 The Rayados del Monterrey won this Friday 1-2 against Necaxa in a tight match that allowed them to reach 19 points and climb to first place in the classification of the Apertura 2022 tournament of Mexican soccer, reported the EFE agency.

In the continuation of the eighth day of the championship, the Uruguayan Rodrigo Aguirre and Alfonso González scored the goals for the Rayados. Brayan Garnica discounted for Necaxateam that was stuck in the fifth box adding a total of 12 points.

The game between Monterrey and Necaxa

Starting the meeting, it should be noted that Necaxa dominated the first half against Rayados who could not display their best football for the good defensive approach of their rival who until now kept them handcuffed.

That was how the Argentine Milton Giménez, at minute 6, was the first to test the Monterrey goalkeeper, Luis Cárdenas, with a shot near midfield that went just wide.

Necaxa’s insistence turned into a score at 37 with a mid-range shot from Garnica, which entered the right post of Cárdenas for the 0-1 that excited the team.

Rogelio Funes Mori was the first to create danger in the Necaxa area with a header at minute 52 of the match that Luis Malagón rejected and another at 54 that went just wide of the rival goal.

After Funes Mori’s actions, Monterrey was finally able to tie the game when the Argentine Maximiliano Meza leaked a ball to Aguirre, who defined the 1-1 over Malagón at 56.

Alfonso González made it 1-2 with a strong left-footed shot near the crescent that entered through the left post of Luis Malagón at 77.

In another game this Friday, Puebla tied 3-3 in discount against Tijuana thanks to a goal by Israel Reyes at 90+9, reported EFE.

The Brazilian Gustavo Ferrareis and the American Jozy Altidore were the other scorers for the Pueblans. Edgar López and Argentines Lucas Rodríguez and Lisandro López converted for Tijuana.

You may also like
. Inés Sainz rejected the idea of ​​buying Querétaro: “I became very disenchanted with the world of soccer”
. Follow from the bench: Diego Lainez came on in the 73rd minute and made his debut with Sporting Braga
. Liga MX decides to reschedule game between Juárez FC and Pachuca due to violent acts on the Mexican border