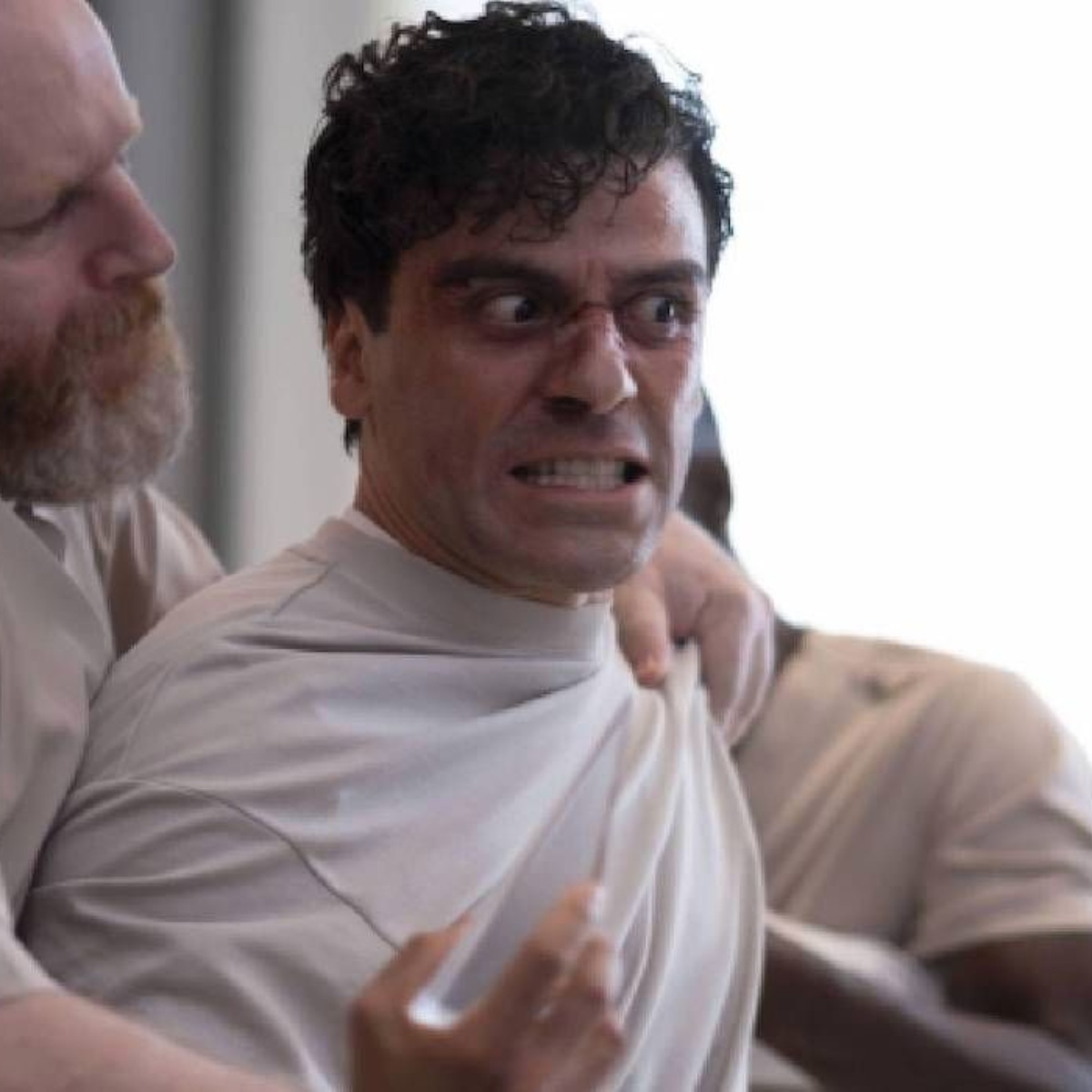 Following the twist in Moon Knight Episode 4, viewers were left with more questions, most of which are answered in the fifth episode, “Asylum.” Moon Knight is the first Disney+ series led by a new lead in the Marvel Cinematic Universe, and the creators have introduced it without giving Marc Spector (Oscar Isaac) much of a backstory. The mystery and enigma behind the character is finally revealed, and it’s incredibly tragic.

So far, what we’ve learned is that Marc was a mercenary who was raiding an Egyptian tomb when his boss went rogue and killed all the hostages at the site, including Dr. Abdallah El-Faouly (Usama Soliman), who was the father of Marc’s future wife, Layla (May Calamawy). Marc was left for dead, which is when Khonshu came to his rescue. Marc reveals these details to Layla just before she is shot in the fourth episode, “The Tomb”.

In “Asylum”, Marc and his alter ego, Steven Grant, discover that Marc is really dead and that they are in the Duat: the Egyptian afterlife. To make sure Marc ends up in paradise, he and Steven must reveal all of Marc’s secrets. The episode takes a somewhat classic approach to filling in the gaps in Marc’s origin story: they take a trip down memory lane. Steven is the one navigating the memories as Marc struggles to deal with them and, more importantly, struggles to manage Steven’s knowledge of the events in his life.

We learn that as Khonshu’s fist of vengeance, Marc killed countless evil people – there’s a literal room full of Marc’s victims. He’s less of a superhero and more of a vigilante, but Marc’s first kill (or so he thinks) was an unfortunate error of judgment in his childhood.

Young Marc (Carlos S. Sánchez) had a little brother, Randall (Claudio Fabián Contreras), and the boys ventured into nearby caves, except once they entered during a storm and Randall drowned. We witness through flashbacks that Marc and his father, Elias (Rey Lucas), had little chance to cry as Marc’s mother, Wendy (Fernanda Andrade), was absolutely devastated by this loss.

So much so, that he vocally blamed Marc for killing his beloved “Ro-ro”. It is apparent that Wendy never received any help for her grief, instead she channeled it into alcoholism and surprisingly, violence and abuse towards Marc.

It is Wendy’s abuse that triggered Marc’s dissociative identity disorder (DID).

In “The Tomb”, we learn that Marc’s favorite movie was an adventure story called “Tomb Busters” and the main character in the movie is named Dr. Steven Grant (Joseph Millson). Marc and Randall were fans of the film and played the characters in their games. Little Marc even had action figures of Dr. Grant and his partner Rosser (Bill Bekele).

During one of the many birthdays where Wendy turned Marc’s celebration into a guilt-fest, a terrified Marc dissociates into a version of Steven Grant, a man who is fearless when danger is near. Marc’s coping mechanism was to literally “disappear” from his mother’s violent acts.

By the time Marc came of age, he left home, despite his father’s pleas because Marc knew his mother would never seek help for herself (nor would his father). He joined the army, but was later discharged for being in a “fugue state”.

Marc does not elaborate on his discharge, but it is possible that he suffered from PTSD or triggered a relapse of DID. His first job outside the military was to join a former colleague, Bushman, in a grave raid, which led to his being fatally wounded.

In this episode, we finally get to see Marc and Khonshu’s initial meeting, and unfortunately, Harrow (Ethan Hawke) was right, Khonshu is an abuser who manipulated Marc into becoming his avatar. Contrary to what we understand from Marc’s dire circumstances, it appears that Khonshu appeared to Marc not when he was on the verge of death, but when Marc was planning to commit suicide. It’s not exactly clear why Marc tried to take his own life.

Was he so mortally wounded that he couldn’t bear the pain, or did he finally see a way out of his lifelong suffering?

So where does Steven fit into all of this? Steven was obviously Marc’s safe space because he didn’t have to face any of Marc’s traumas and fears. Steven remembers growing up in a happy home with a mother who loved him. He was so attached to her, in fact, that Steven didn’t even know Wendy was dead.

Wendy’s death is the catalyst for Marc’s mental destabilization. Two months before the events of Moon Knight, Elias called Marc to inform him of Wendy’s death. Marc did not dare to attend her funeral: We see Marc’s memory of the day that he is completely drunk and unable to reconcile his complicated emotions about his mother, so much so that Marc releases Steven, who is still talking happily with his mother. . It’s heartbreaking to watch, but it explains why Marc’s grip on reality has slipped away.

Throughout the episode, Marc (and later, Steven) finds himself being dragged back to Dr. Harrow’s office at Putnam Medical Center. Dr. Harrow insists the facility is real, which seems far-fetched considering Taweret (Antonia Salib) explains that the psychiatric ward is Marc’s version of the afterlife. That said, there may be some truth to the claims. of Dr Harrow.

At one point, when Steven takes over Marc’s body and meets the good doctor, Harrow mentions that Steven is the one who entered the facility, and he did so after his mother’s death. It’s true that hardly anyone in Moon Knight is a reliable narrator, but the specificity of Harrow’s statement suggests that Marc/Steven may have finally decided to seek professional help.

Considering Marc’s role models (his parents) never bothered, it’s no wonder he probably put off taking care of his mental health for too long, but one cataclysmic moment might have steered him in the right direction. Why is Marc no longer at the facility? We can only assume that this was Khonshu’s doing because, in the third episode, Marc makes it clear that he needs help. Marc taking control of his life and mind would put Khonshu in a difficult situation.

Young Randall’s death informs much of Marc’s personality and his subsequent actions.

He believed he was an assassin and thus took on roles that required killing, from the military to being a mercenary to the avatar of Khonshu. Marc never forgave himself, but in “Asylum” it’s obvious that Marc has a kinder, more protective side. He embraces Steven as the little brother he lost and goes to great lengths to keep Steven from seeing the darker side of the family from him.

YOU MAY BE INTERESTED: Moon Knight: Each alternate personality explained

It’s also interesting to note that Randall’s final drawing was of a single-finned fish, which is similar to Steven’s pet in the first Moon Knight episode, “The Goldfish Problem”. Marc may have also tried to give Randall a second life through Steven. Even when Steven beats up Marc because he realizes that he is not the real protagonist of his life, Marc continues to protect him from reality and the monsters of the Duat.

This is apparently the wrong move. Steven was created to protect Marc from his fears, but it is a symptom of Marc’s mental illness, an imbalance that disappears at the end of the episode.

But we know Steven isn’t Marc’s only alter. There’s a much more bloodthirsty character waiting to come out, and we’ve yet to find out what role he played in Marc’s life and Moon Knight’s origin. Could Steven have been protecting Marc not only from his mother, but also from this most trigger-happy third alter? We may find out in the end.

The first five episodes of Moon Knight are streaming on Disney+ now.