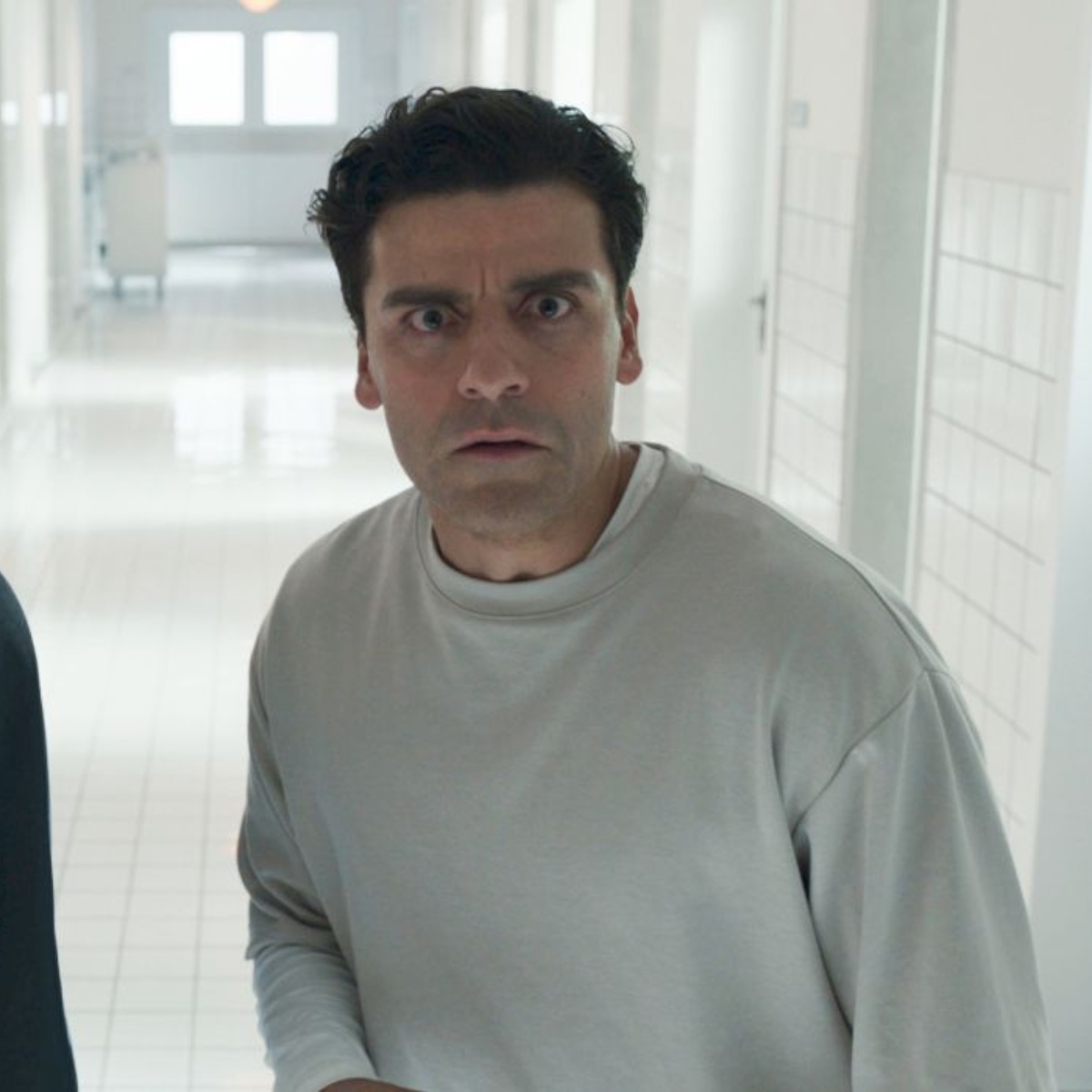 The newest phase of the Marvel Cinematic Universe hasn’t been shy about addressing trauma. WandaVision is an exploration of Wanda Maximoff (Elizabeth Olsen) going through the stages of grief; Shang-Chi and the Legend of the Ten Rings addresses family trauma and the lasting effects of loss.

Marvel Studios is pushing its characters to face the pains of life, and its latest series, Moon Knight, is no exception. Oscar Isaac plays Marc Spector, a man with dissociative identity disorder, and in the series’ fifth episode, “Asylum,” he and his other character, Steven, confront the traumas of his life during a trip to the beyond.

What do we do to cope with the pain and horrors of life? For Scarlet Witch, she took a suburban town hostage to live out her sitcom fantasy with Vision (Paul Bettany). For Marc’s mother, Wendy Spector (Fernanda Andrade), she turns to alcohol to drown the loss of her son. To Marc himself, she runs away from her past and eventually separates entirely through Steven Grant’s alter.

The brain is a fascinating organ of the body: it protects us in ways we can’t fathom and, for Marc Spector, it protects him by creating another identity. However, no matter how hard it tries, the body cannot forget the trauma. The memories of him are buried deep in her brain

Marc’s version of the afterlife proves it

After being shot by Arthur Harrow (Ethan Hawke) in episode 4’s “The Tomb”, Marc and Steven find themselves in the Duat, the Egyptian underworld. Because the human mind cannot comprehend the true nature of the Duat, Marc perceives this realm as a psychiatric ward, with each room storing a different memory.

Taweret (Antonia Salib), the goddess of women and children and guide to the afterlife, accompanies them throughout their journey and weighs their hearts to see if they can enter the Field of Reeds. However, their hearts are incomplete, unable to allow the Scales of Justice to balance with the Feather of Truth.

When Taweret tells Marc and Steven that they need to balance their scales, she suggests that they look back at their memories and tidy up the mess so their hearts are whole. Where Marc is reluctant to look back on his life, it is Steven who has the natural curiosity to find out what Marc has been hiding. However, Steven needs to see it; he has to face the truth to find out why there is a constant battle for control between them. Marc and Steven need each other to get their lives together.

Marc is reluctant to revisit any part of his life, which prevents them from balancing the scales; as Steven searches for answers, Marc has bigger reactions as he reflects on different memories.

After locking Marc out of one of the memory rooms, Steven discovers Marc’s backstory: how he had a younger brother, Randall (Claudio Fabian Contreras), who drowned while the two of them were playing together in a cave. Marc’s mother is distraught and resents Marc; she blames him for Randall’s death, and Marc in turn internalizes it. His resentment turns into abuse, so to protect himself from his mother and his own pain, he created Steven.

Steven also learns the origin story of Khonshu (F. Murray Abraham) and Moon Knight, witnessing Khonshu’s intervention before Marc attempts to take his own life. Observing the scene objectively, Steven has a decent separation from Marc, and can see how Khonshu manipulated a dying Marc Spector into becoming Moon Knight for him.

Marc was in dire straits and Khonshu used this to his advantage. Khonshu offered him the chance to go on living and be what he has always been: an assassin.

He believes he killed his brother, but when Marc and Steven walk into the cafeteria littered with the corpses of Marc’s victims, Randall is the only one alive; in fact, he runs to the room where the memory of death is kept and Steven runs after him.

He’s far enough away to see that all Marc really needed was to be told that his brother’s death wasn’t his fault. Marc didn’t get a chance to grieve that loss or have his parents guide him through this.

He could only depend on himself, which he found the strength to do through dissociation. What Marc needed as a child was empathy, and Steven is the one who gives it to him. When Steven looks Marc in the eye and tells him that Randall’s death wasn’t his fault, that he was just a kid, Marc’s broken pieces begin to heal.

Discovering Marc’s backstory, Steven discovers his own origin story: he is the manifestation of his and his brother’s favorite movie character, a British archaeologist gone on adventures (the MCU’s own Indiana Jones). Steven was never the main identity, and that comes with his own reality check for him.

However, the biggest bombshell for Steven is learning that his mother is dead, which is why Steven has been in control for a while. Until this episode, Steven was under the impression that he talked to his mom every day on the phone, that they had a great relationship. Being pushed around by Dr. Harrow, Steven comes face to face with this truth, and is devastated by it.

Immediately after coming to terms with his mother’s death, he visits the memory where Marc is too distraught to go to his mother’s shiva. He witnesses Marc’s grief consume him to the point of changing Steven.

By not running from the trauma of Marc’s relationship with his mom, Steven gets the chance to care for Marc the way he always needed to. This also helps Steven see how Marc is a part of him too. When the dead of the Duat come to claim Marc and Steven, Marc naturally begins to fight back.

Of the two, Steven is not the fighter, but after his own journey exploring his shared past with Marc, he realizes that he is a fighter too. Steven bravely steps forward and fights back, saving Marc from falling into the sands of the underworld. In doing so, he falls and becomes one of the Duat’s many frozen bodies. Steven’s last act in this episode is to hug himself and Marc to make Marc’s heart balance the Scales of Justice.

YOU MAY BE INTERESTED: Moon Knight: Marc Spector’s origin story

Steven Grant is how Marc’s younger brother Randall lives on. He is all innocent and pure, what Marc longed for his life to be. Randall never got to see Marc face his mother’s grief-fueled anger. He never got to know the pains of being so cut off from your family that you can’t bear to enter your mother’s shiva. When that pain comes for Marc, that’s when Steven comes out. He protects his other self from simply drowning in pain, like a brother stepping up for another.

The fictional Steven Grant was a hero to whom Marc and Randall aspired; Steven Grant’s identity becomes Marc’s hero. He saves Marc from the trauma he has endured, helps Marc face his trauma with empathy, and ultimately saves Marc from being lost in the sands of the underworld.