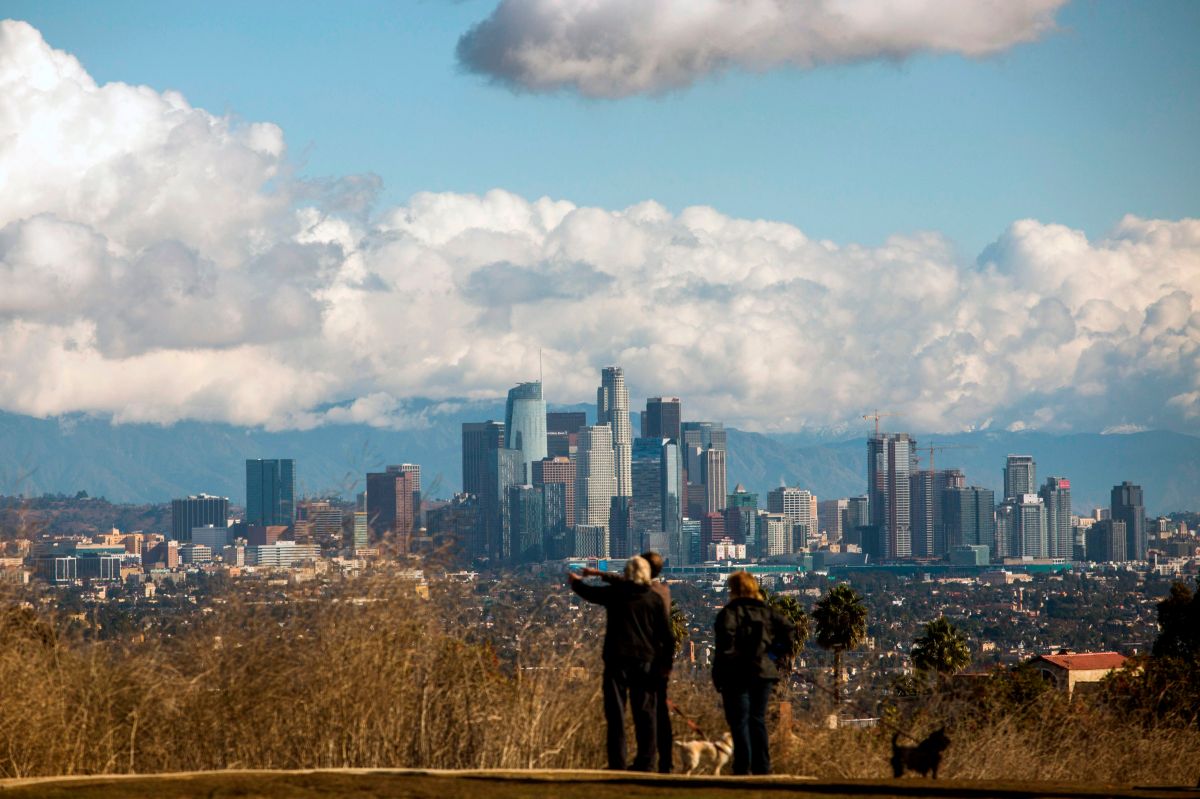 Plus Santa Ana winds move toward southern California and will begin to affect the region from Tuesday afternoon and continue until Wednesday, particularly in mountainous areas.

The National Weather Service (NWS) issued a wind advisory that will be active from 4 pm this Tuesday and will last until noon Wednesday for Los Angeles and Ventura counties, the Santa Monica Mountains Recreation Area, and the Santa Clarita and San Fernando Valleys.

The winds they will not be as strong as those that were presented in the region during the weekend.

Forecasts estimated that the winds could reach gusts of between 20 and 30 miles per hour, with gusts up to 50 mph in the mountains and up to 45 mph in the valleys.

The winds will also affect the coasts, with gusts of up to 35 mph during the early hours of Wednesday.

“Wind gusts, especially over mountains and valleys, will bring the potential for dangerous driving conditions for large vehicles, as well as downed trees and power lines,” the NWS said.

A high wind advisory will be in effect in Orange County from 4 p.m. Tuesday through 10 a.m. Wednesday. in the interior areas, in the mountainous area and foothills of Santa Ana, where gusts of up to 50 mph could be recorded, mainly in the mountains.

Wind advisories were also issued Tuesday afternoon through 10 a.m. Wednesday for the valleys and mountains of Riverside and San Bernardino counties, the Santa Ana mountains, and inland areas of Orange County. including the cities of Riverside, San Bernardino, Fontana, Rancho Cucamonga, Corona, Crestline, Running Springs, Orange, and Mission Viejoaccording to the NWS.

The city of Claremont was affected by the intense winds that occurred over the weekend and that caused trees to fall, affecting the electrical service of thousands of residents.

The offshore flow will raise temperatures Wednesday, reaching the mid-70s in coastal areas and valleys.. Hot conditions will last through Thursday.

The temperature in the warmer areas could reach 80 degrees.