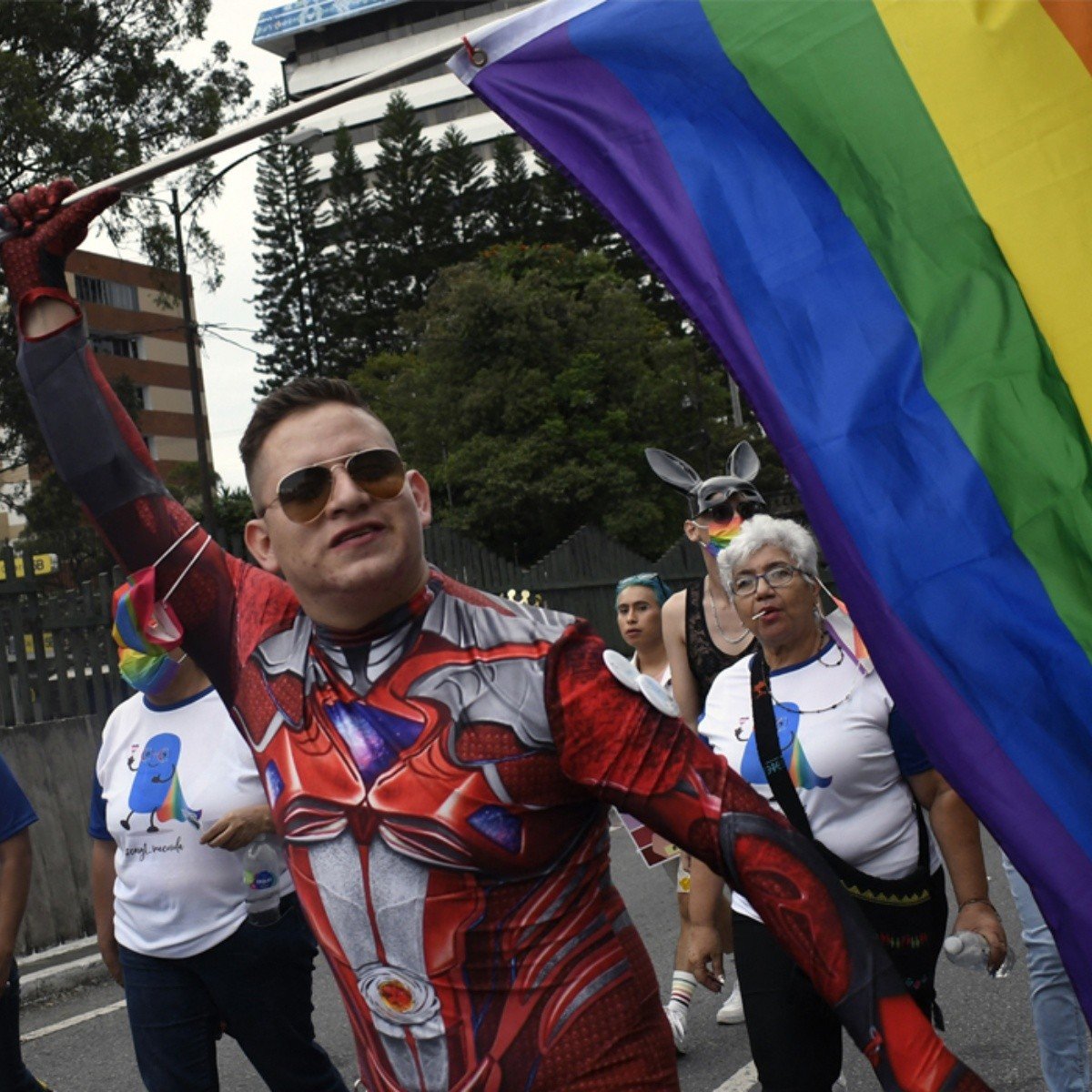 More than 10,000 people participated this Saturday in Guatemala in the LGBTI+ Pride parade, held for the first time in three years due to the pandemic, under the motto “I exist, I resist and I persist”.

Between music and colored flags, Guatemalans, many of them young, walked through several avenues in the center of Guatemala City in a festive atmosphere and without incident, as confirmed by Efe.

“We went out to the streets to ask for the equalization of rights. We do not want new rights. Only those that already exist, the rights that everyone has,” independent deputy Aldo Dávila said during the parade.

The legislator, the first openly gay man elected deputy in the history of Guatemala, a largely conservative country, recalled that the LGBTI+ population “is not the only one discriminated against” in the territory, but recalled that the “only thing we want is to live in peace” .

Among the participants in the march, which is celebrated in LGBTI+ Pride month, was the Canadian ambassador to Guatemala, Rajani Alexander, in “the company of members of the international community and civil society,” as detailed on her social networks.

The colorful parade, which included some floats, began at various points in the center of the country’s capital and ended in front of the National Palace of Culture, seat of the Government that presides over Alexander Giammattei.

The groups that organized the walk detailed that it was carried out under the slogan “I exist, I resist and I persist.”

The LGBTI+ pride marches in their 2020 and 2021 editions were suspended due to the covid-19 pandemic in Guatemala, whose first case was detected on March 13, 2020 in the Central American country.

The participants in the parade demanded this Saturday respect for the rights of the diverse population and they affirmed that they have “the freedom to be as we are”, as one of the floats that joined the march said.

According to the local media No Ficción, the first LGBTI+ Pride march was held in Guatemala during the year 2000 due to the death of the sex worker Conchita Alonso, murdered in 1997.

Last March, the Guatemalan Congress, with its pro-government majority, passed a controversial law that sought to combat abortion and “minority groups” that are “incongruous with Christian morality.”

However, Parliament had to back down due to social pressure and the possible veto of the Guatemalan president, Alejandro Giammattei, since the statute violated the Guatemalan Constitution, as well as several international treaties.

The regulations prohibited teaching sexual diversity in educational entities since, according to what Congress stated in the law, it should be approved “considering” the “existence of minority groups in society, which propose currents of thought and practices inconsistent with morality Christian”.