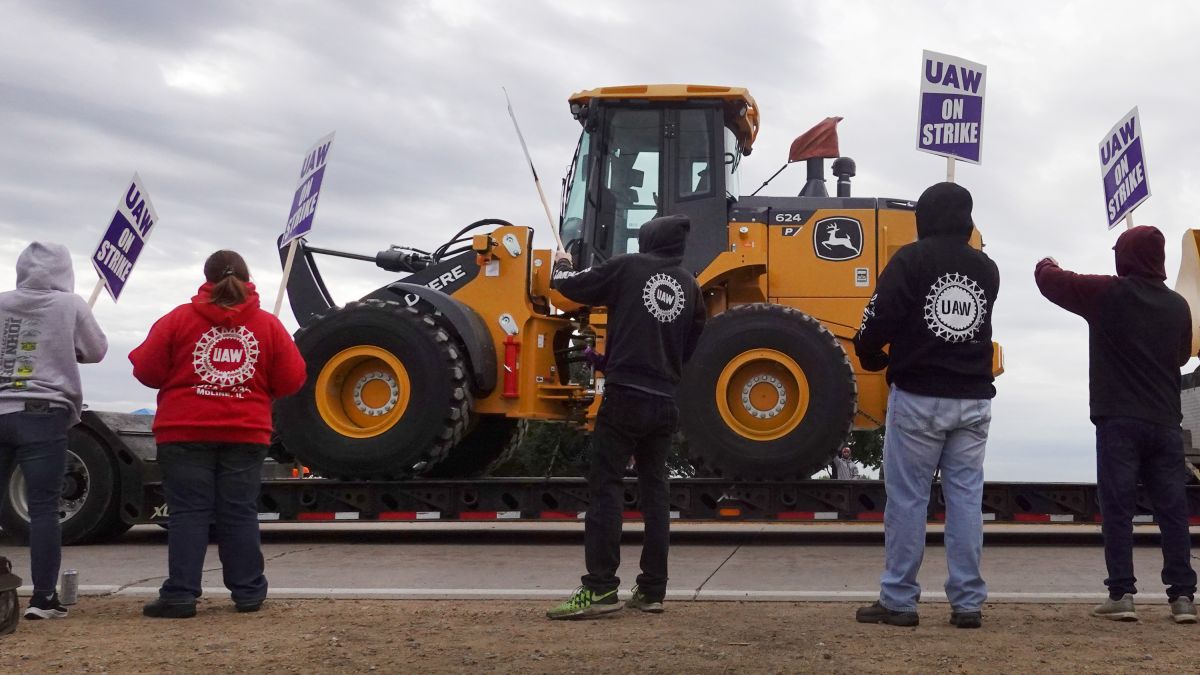 More than 10,000 workers at John Deere & Co. went on strike at midnight Thursday after the company failed to present an agreement that met the demands and needs of the employees., the United Auto Workers (UAW) union said in a statement.

The union had said its members would stop working if an agreement is not reached by 11:59 p.m. The vast majority of the union rejected a contract offer earlier this week that would have offered 5% raises to some workers and increases of 6% to others.

It’s been 35 years since the last major strike at John Deere, but workers dared to demand more money this year after working long hours during the pandemic and in the face of worker shortages that companies face.

“Our members at John Deere are on strike for the ability to earn a decent living, retire with dignity, and establish fair work rules. We remain committed to negotiating until our members’ goals are achieved, ”said Chuck Browning, vice president and director of the UAW Department of Agricultural Implements.

The contracts under negotiation cover 14 John Deere plants in the United States, including seven in Iowa, four in Illinois and one in Kansas, Colorado and Georgia..

The company expects to report record profits of between $ 5.7 billion and $ 5.9 billion this year. The company has been reporting strong sales of its agricultural and construction equipment this year.

John Deere’s production facilities are major contributors to the country’s economy, so local authorities expect the strike to be short-lived.

Earlier this year, another group of UAW-represented workers went on strike at a Volvo Trucks plant in Virginia and ended up with better wages and lower-cost health benefits after rejecting three contract offers they were made, according to reports. reported on CBS.

– Chipotle allocates $ 2 billion a year to address a US labor shortage.

– COVID: despite the fear of the pandemic, interest in studying nursing in the United States increases