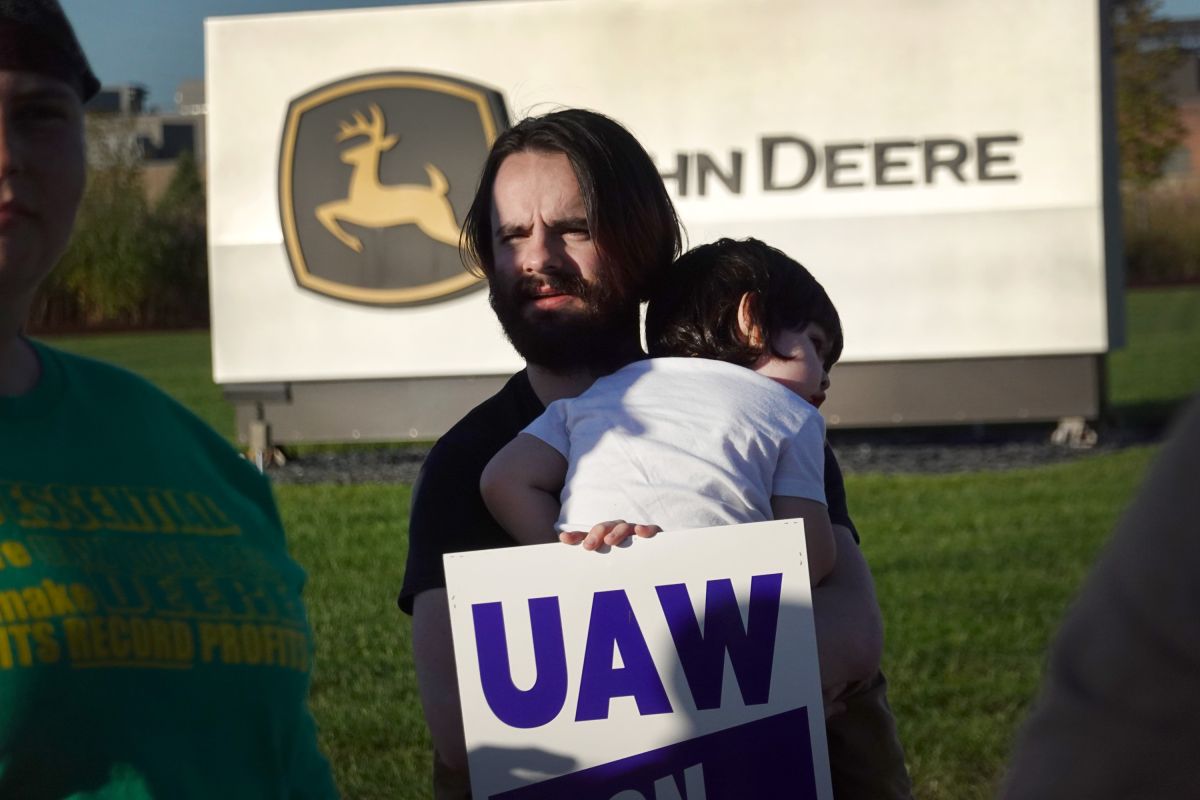 More of 10,000 workers from 14 different John Deere sites went on strike at the stroke of midnight this Thursday after the United Auto Workers (UAW) union said that was unable to reach a new contract with the tractor company.

“Our John Deere members are on strike to be able to earn a decent living, retire with dignity and establish fair work rules,” said Chuck Browning, vice president and director of the UAW Department of Agricultural Implements, in a statement.

The company had offered in negotiations with UAW a salary increase of between 5 and 6%However, the union considered that the proposal is insufficient.

John Deere, known for its agricultural machinery, reported that it was committed to a “favorable” outcome for all of its workers.

“We are determined to reach an agreement with the UAW that puts all employees in a better financial position and that continues to make them the highest paid employees in the agricultural and construction industry,” said Brad Morris, vice president of labor relations for Deere & Company.

So far the company you don’t know when workers will return or how the strike will affect your operations.

The strike at John Deere comes shortly after some 60,000 film and television workers from the International Alliance of Theatrical Stage Employees voted to authorize a strike against the studios to improve their hours, wages and working conditions.