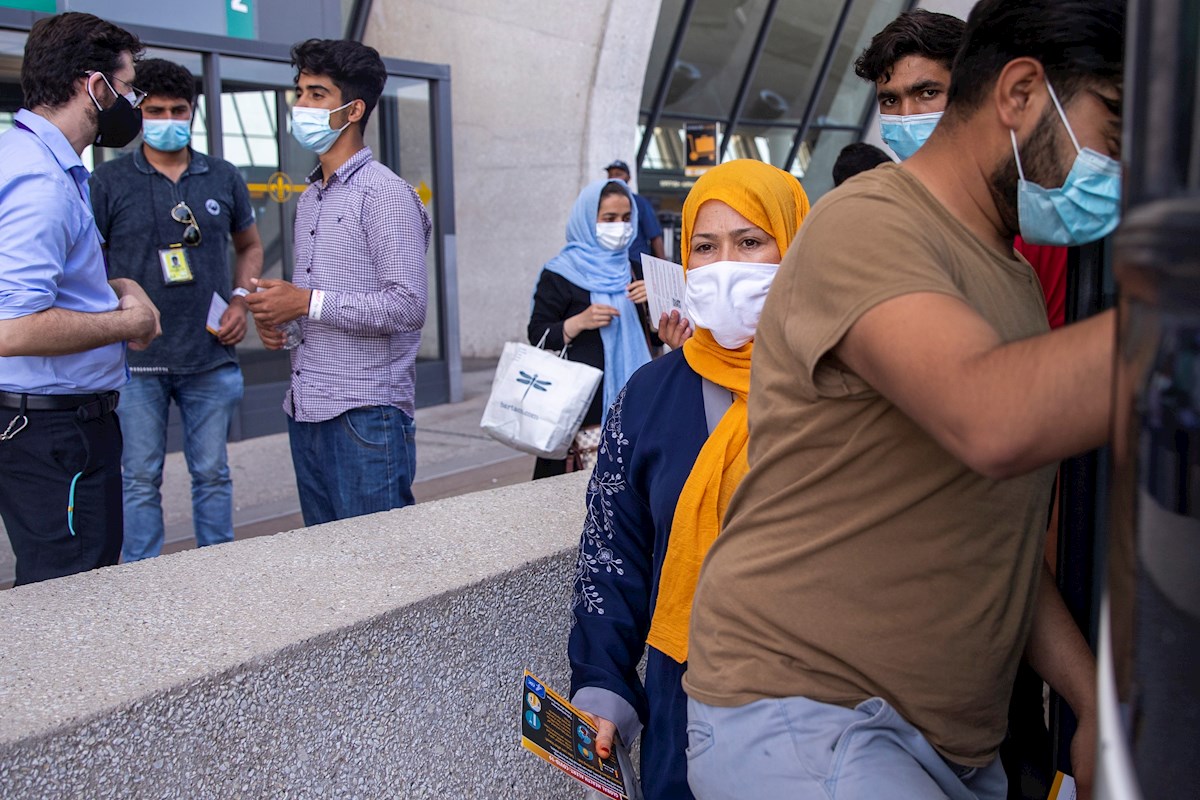 About 24,000 Afghans are already in the United States since the evacuation began from the Kabul airport after the Taliban took over the country, the State Department reported on Wednesday.

The State Department spokesman, Ned Price, did not specify what type of visa they had but assured at a press conference that most were “afghans at risk“.

The evacuees are located in the military bases prepared for their accommodation in the states of Virginia, Wisconsin and Texas, among others, while their legal status in the country is formalized.

This number is, however, only a part of the total 124,000 evacuated between August 14 and 31 by US troops and the international coalition.

For its part, the Pentagon noted that approximately another 20,000 Afghans are in transit centers in countries supervised by the Central Command, which controls much of the Middle East; and that about 23,000 more are in bases located in seven European countries.

Likewise, Price pointed out that 4,500 US citizens have already returned to the country as part of the evacuation efforts, and acknowledged that around 100 are still in Afghanistan.

On August 31, the United States completed the withdrawal of its troops from Afghanistan after twenty years of war.

President Joe Biden has been widely criticized by Republicans and veterans for “have left behind”To Americans in the Central Asian country and for the management of the withdrawal, in which scenes of chaos were seen at the Kabul airport during the last weeks of evacuation.

Defense Secretary Lloyd Austin admitted on Wednesday that he is aware that they have been difficult days for many, referring to the death of 13 soldiers last Thursday in a Attack of the terrorist group Islamic State (IS) against the airport of the capital, which also left dozens of Afghan deaths and injuries.

Read also: Biden Warns Afghanistan’s ISIS-K Terrorists: “We Are Not Done With You”