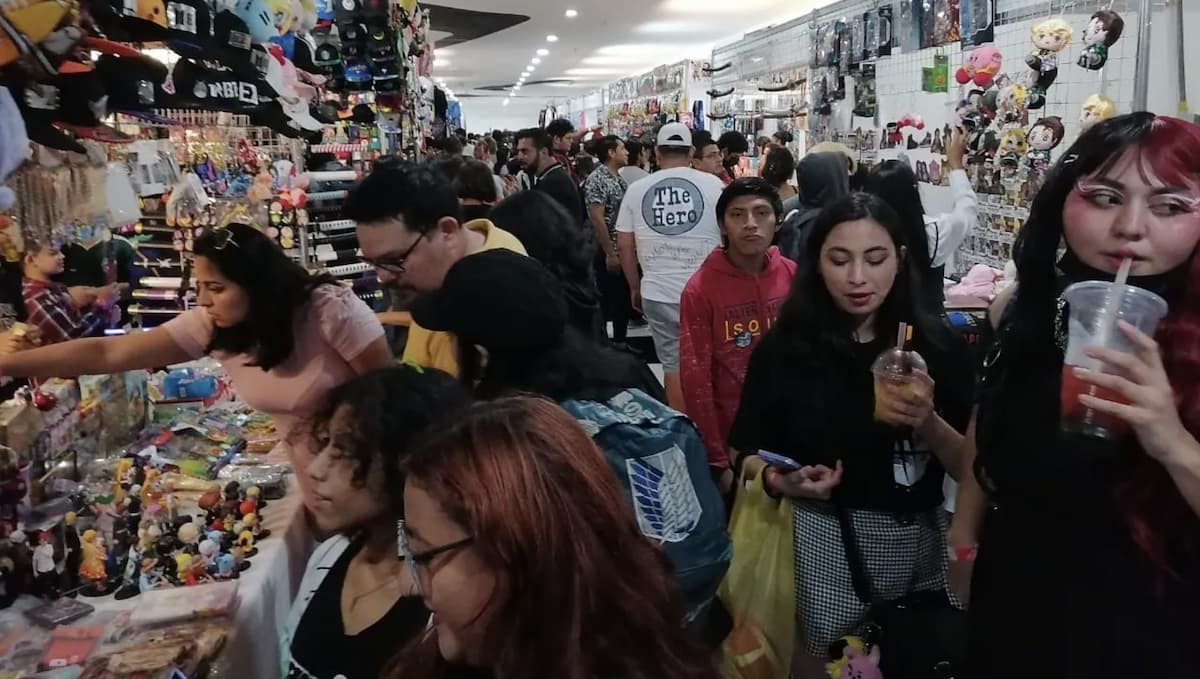 The Sekai Fest marked the return of geek culture conventions to the International Convention Center of Cancun. After more than two years, saw a large influx of visitors dressed as anime characters, series, movies, and comics.

For this reason, the event was a success. During the first day of Sekai Fest, more than 3,500 people gathered at the convention, according to the organizers, and on the second day, at 3:00 p.m., 2,400 people entered the celebration.

In the place were seen young people and adults dressed as anime characters. This year highlighted the popular waitresses May for women and Spiderman for men but also other recognized figures such as Thor woman, Bubble of the Powerpuff Girls, Star-Lord of the Guardians of the Galaxy, Zabuza of Naruto, Darth Vader of Star Wars, among others.

Since 11 a.m. on Sunday, the young people began to arrive at the Convention Center, some already dressed in their cosplay and others who came getting ready, others were transformed in the bathroom. The point was the same, to enjoy a day where they can feel free to be an anime character.

“I come with my best friend, and I really like being able to show off my cosplay and feel good that no one says anything to me or looks at me funny for representing my character,” said Hilda, a young participant.

Many young people were accompanied by their parents to this event. Although some mothers of families ended up on the floor tired and recharging their energy, the joke was to accompany their daughters and sons to the places they liked the most and where they could recreate.

Within the event, a new product trend emerged this year than in previous years although they were requested, now they are more requested, is the case of the blunt katanas that are copies of those used by their favorite characters from anime series such as Naruto, One Piece and The Demon Hunters.

Japanese culture could also be felt on the palate, as merchants at Zekai Fest participated with products brought from Japan. Instant ramen and water were the stars, said Angel, one of the merchants who explained that the water is famous for its packaging that contains a marble that generates effervescence when it comes into contact with the liquid.

As for the special guests on Saturday, the star was Mario Castañeda, the voice actor who plays Bruce Baner for Marvel Studios, and Gokú from the Dragon Ball franchise.

On Sunday, those who dominated the scene were Iván Ramírez, creator of the Gruta del Alux, the first and most successful cartoon of the Yucatán Peninsula in existence for 20 years, who gathered a large number of listeners to his lecture.

On the other hand, the YouTubers of Que Parió channel managed to entertain many young fans captivated by their work. They even presented an unpublished video that will be uploaded in a week on YouTube as a gift to their fans in the Mexican Caribbean.

The wrestler Que Monito was also present at this Geek culture party, where he has carved a niche for himself thanks to his relevance in internet memes.