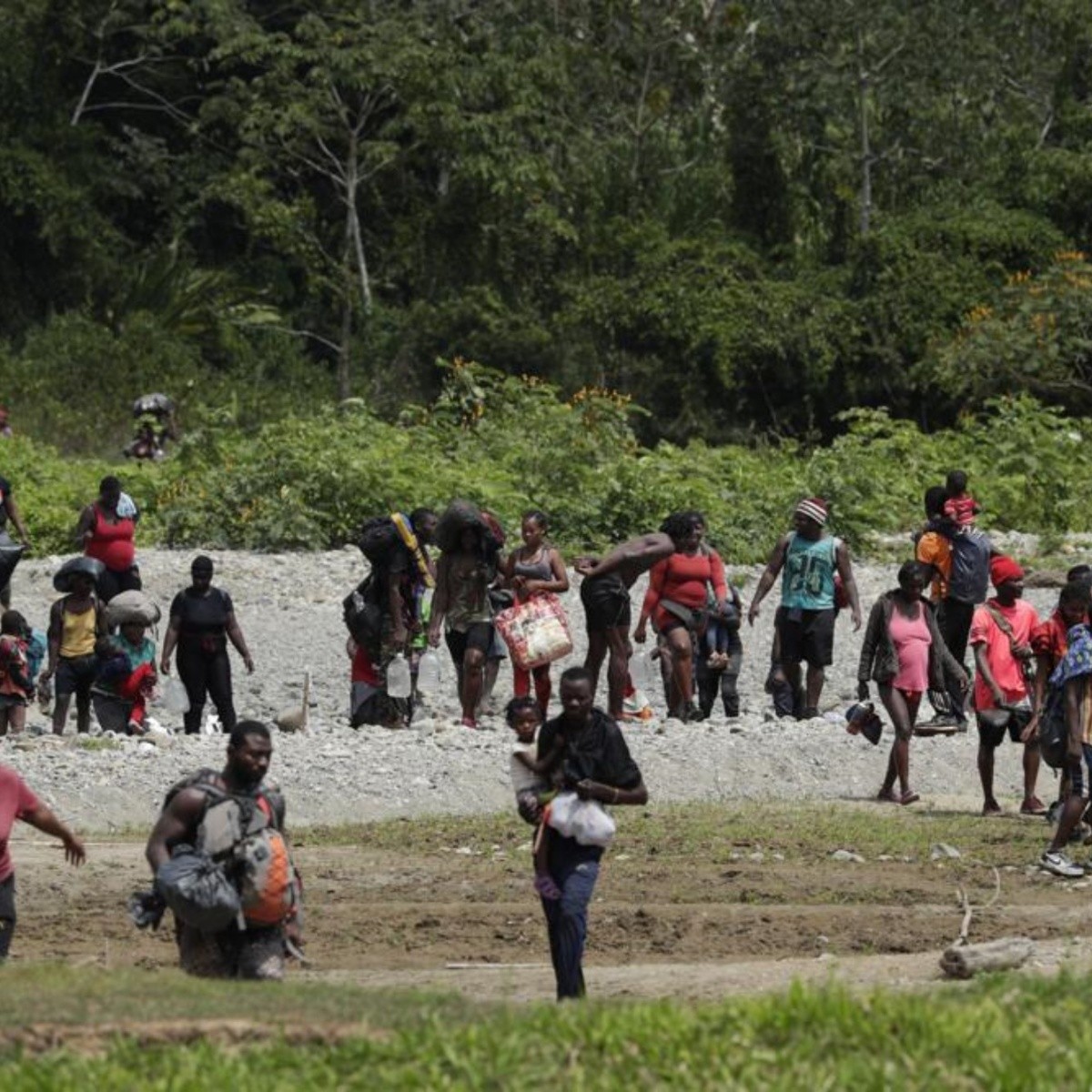 In the first 7 months of this year, 71,012 Migrants crossed the dangerous Darien junglebordering Colombia, on their way to North America, 63.28% (44,943) from them Venezuelansaccording to figures from National Immigration Servicen (SNM) of Panama released this Tuesday.

The number accumulated until last July is 57.7% higher than the 45,029 irregular migrants registered in the same period of 2021, a year that closed with the unprecedented figure of 133,726 of these travelers in transit through Panama, a country that serves as an entrance to Central America.

July has been the month with the highest flow so far in 2022, with a total of 22,582 irregular migrants who arrived in the Panamanian province of Darién after crossing the jungle, of which 16,864 (74.6%) were Venezuelans.

Panama welcomes irregular travelers at stations migratory reception (ERM) located in your border with Colombia (south) and with Costa Rica (north), where they take your biometric data and receive feeding Y medical carein a unique operation in the region that consumes millions of dollars annually, as the Government has said.

To the Venezuelans they are followed by Haitians and the Cubanswith some 4,821 and 3,133, respectively, who entered Panama through the Darién jungle between last January and July.

According to Panamanian statistics from last July, Haitians continued in second place that month with 983 of their nationals crossing the jungle, but citizens of Senegal (883) were in third place above Cubans (574).

In an interview with Efe during a visit to Panama at the end of July, the Secretary General of the International Red Cross, the Nepalese Jagan Chapagain, stated that the irregular migratory flow “is increasing drastically” in Central America and Mexico.

This is due to a “combination of problems” such as poverty, insecurity due to internal conflicts or violence, natural disasters and now the “devastating impact” of the covid-19 pandemic and the war in Ukraine, which “has given rise to to an important movement of people” in the world, Chapagain said.

The National Immigration Service reported this Tuesday that three migrantIrregulars of Venezuelan and Colombian nationality died on Monday drowned when they bathed in the Armila River, in the border area.

“Two adults and a minor of approximately 16 years of age, of Venezuelan and Colombian nationality, unfortunately lost their lives. Residents of the community together with migrants managed to remove the bodies of an adult and the minor (…) The third body was seen floating in the sea, but due to bad weather he could not be rescued,” said the Panamanian entity.

The deceased migrants will be buried in the community of Armila, added the official information.

For years, Central America has been a route for people on the move from all over the world who go mainly to the United States, but at the same time their Northern Triangle – made up of Honduras, Guatemala and El Salvador – It is the origin of thousands of migrants who seek andthe “american dream” American.