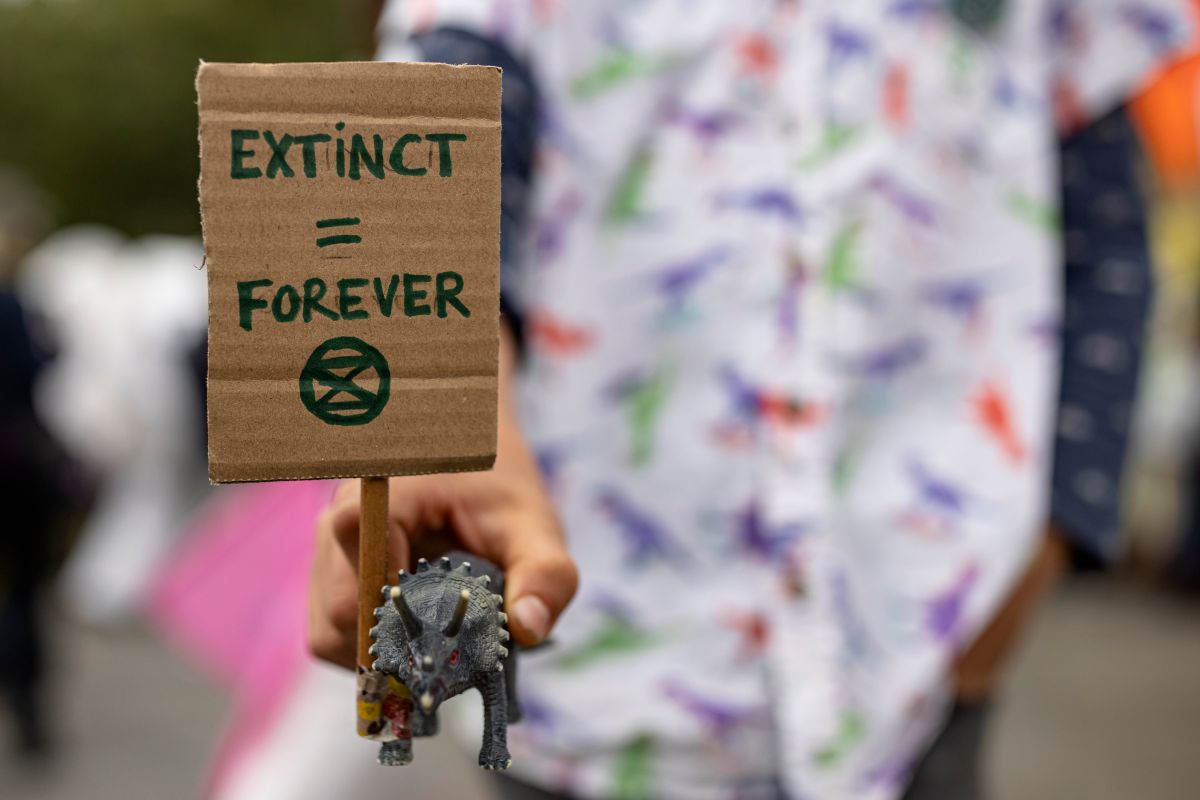 A new international survey illustrates the depth of the anxiety that many young people feel about climate change.

Almost 60% of the young people surveyed said they were very or extremely worried.

More than 45% said that feelings about the weather affected their daily lives.

And three-quarters of those consulted thought that the future was terrifying. More than half (56%) said they believe humanity is doomed.

Two-thirds of the youth reported feeling sad, scared, and anxious. 4 out of 10 doubt whether to have children.

“For young people it is different; For us, the destruction of the planet is personal, ”said a 16-year-old.

The research was funded by the Avaaz platform and led by the University of Bath in England, in collaboration with five other universities, including the Center for Innovation in Global Health at Stanford University School of Medicine and the University of Helsinki. The study is available in preliminary form on an open platform and will be published in the Lancet Planetary Health.

“They feel betrayed by governments”

The report says that, globally, young people are especially affected by climate fears because they are developing psychologically, socially and physically.

“This shows that ecological anxiety is not only about the destruction of the environment, but that is inextricably linked to the inaction of governments in the face of climate change. Young people feel abandoned and betrayed by governments, ”said Caroline Hickman, a researcher at the University of Bath and lead author of the study.

Tom Burke from the E3G analytics center told the BBC: “It is rational for young people to be anxious. They are not only reading about climate change in the media, but they are watching it unfold in front of their own eyes. “

The authors believe that the failure of governments on climate change can be defined as an “act of cruelty” under human rights law. 6 young people in Portugal are already taking the government to court to argue this case.

The researchers said they were moved by the magnitude of distress among young people globally.

Young people were asked their opinion on the following statements, among others:

• People have not taken care of the planet: 83% agreed worldwide

Among the 10 countries studied, anxiety and worry rates tend to be highest among youth in developing countries, like Brazil, Nigeria and the Philippines, or those of the southern hemisphere, like Australia.

Almost half (48%) of the Brazilians interviewed said that climate change makes them doubt about having children. This proportion was well above the world average (39%) and was the highest percentage recorded in the ten countries surveyed.

In the UK, for example, the percentage of young people who are hesitant to have children due to climate change is 38%. In the United States it is 36% and in Australia 42%.

Most of the young people interviewed in Brazil they feel the government is failing them (79%), while the rate is 65% among British youth and 67% among Australians.

92% of the young Brazilians consulted also believe that humanity failed to take care of the planet and think that the future is terrifying.

Only 18% of the young Brazilians interviewed believe that the government is protecting them, the planet and future generations, a rate even lower than the world average for this criterion, which is 31%.

The concerns of young Brazilians are not disconnected from reality.

The latest IPCC (Intergovernmental Panel on Climate Change) report showed that climate change is intensifying and confirmed again that this is the result of human actions.

The report shows that Brazil will be heavily affected: South America will have a higher temperature increase than the world average.

In Brazil and elsewhere in South and Central America, “average temperatures are likely to have risen and will continue to rise at a faster rate than the world average,” the IPCC report says.

The southeast of the continent will have higher rainfall, which includes the southern region of Brazil and part of the southeast, where São Paulo and Rio de Janeiro meet.

The consequences for Brazil are serious, and could turn the country from being a global agricultural power, in the evaluation of the scientist Carlos Nobre, a researcher at the Institute for Advanced Studies of the University of Sao Paulo and an expert on the Amazon, who worked for 35 years at the National Institute for Space Research of Brazil (INPE).

Nobre points out that in the coming years the country will experience increasingly prolonged droughts, warmer temperatures and extreme climates that will have a profound impact on energy and food production.

Climate change: why the economy would be seriously affected by the melting of glaciers

Climate change: 6 unexpected ways to help save the planet