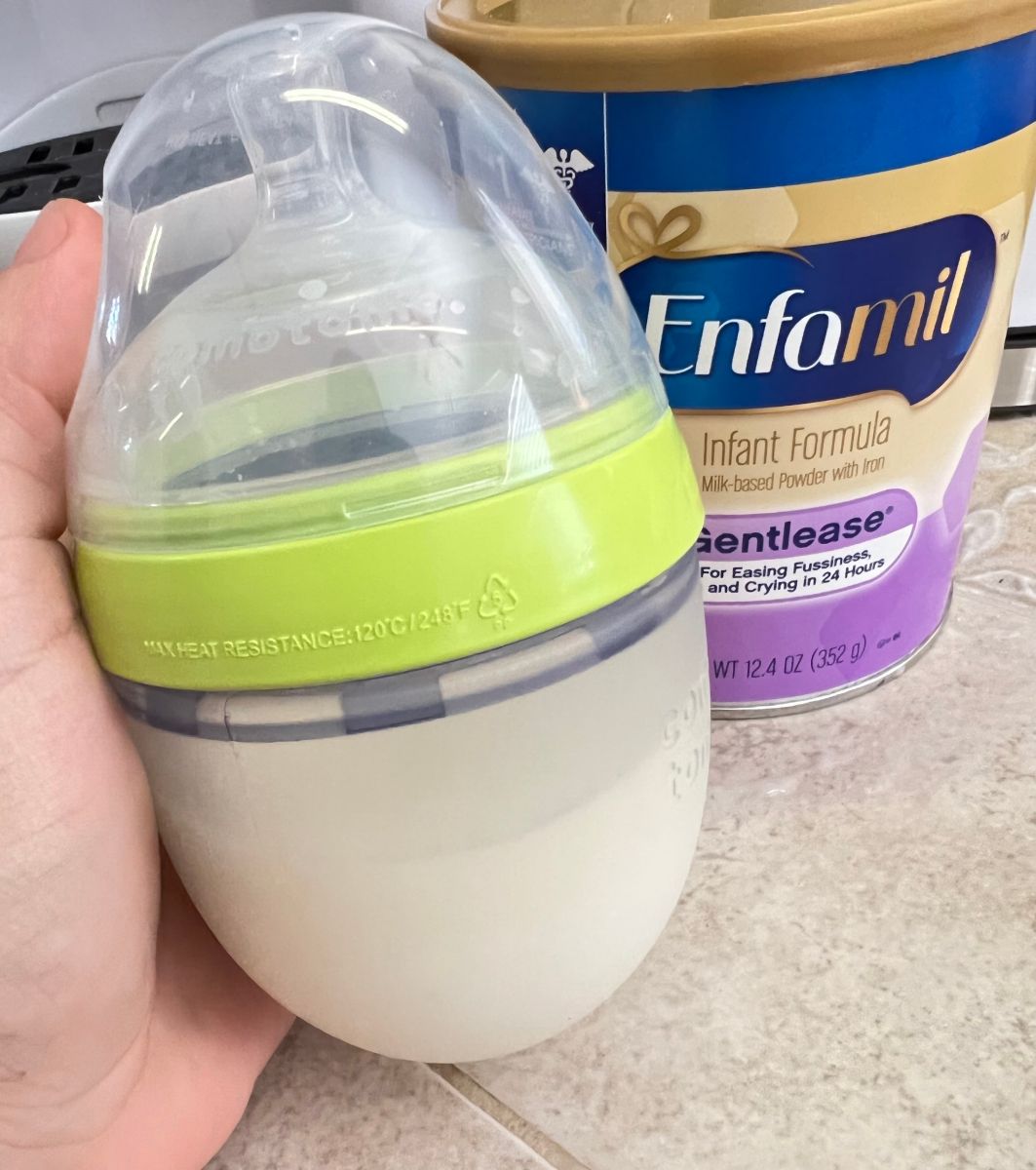 Viviana España has been very concerned for several weeks about the shortage of formula milk in the country, since her two-and-a-half-month-old baby is fed 100% with this dairy, a substitute for breast milk

“I had trouble breastfeeding him, and when the boy started to lose a lot of weight, the doctor told me to feed him formula milk.”.

This mom gets 9 cans of formula through the federal Food Assistance for Low-Income Children (WIC) program, but she said it’s not enough.

“I have to buy 3 or 4 more bottles a month; and the child is growing and demanding more milk”.

That’s why she panicked when formula began to disappear from store shelves.

“I am very concerned because my child does not eat anything other than formula milk. What am I going to do if we don’t find her? He doesn’t even drink water, only milk.”

Millions of babies in the United States depend on formula milk, which is the only recommended source of nutrition for infants who are not or partially breastfed.

The problems that led to the shortage began in 2021 when the covid-19 pandemic led to the interruption of work, transportation and the supply of raw materials.

But also due to the closures ordered by covid-19, many parents began to buy bottles of formula milk to protect themselves from a possible shortage.

The straw that broke the camel’s back came last February, when Abbot Laboratories recalled several large brands of powdered formula and closed its factory in Sturgis, Michigan, as federal inspectors investigated four infants who suffered bacterial infections from milk. of formula produced in those facilities. Abbot is one of the leading manufacturers of infant formula in the United States.

Viviana said that as a result of the shortage, the prices of milk cans have gone through the roof. “Before a 12-ounce bottle used to cost $17 at the pharmacy or a big box store, now it costs upwards of $22. In the Mercado Libre, it was previously $12. Today many people are doing business with formula milk. They are taking advantage.”

Formula milk is cow’s milk that has been fortified with extra nutrients for babies and to make it easier to digest.

Pediatrician Ilan Shapiro, Altamed’s medical director of health and wellness services, said that in the face of shortages, there is good and bad news.

“The bad news is that many parents are creating their own formula, but it doesn’t have the same nutritional value; then there are other parents who are putting more water in the formula milk; and some more are giving their children milk from other animals, which is not an option and can harm them.”

The good news, he said, is that there are other brands of free milk that contain infant formulas that are very good and similar.

“Go to supermarkets and large shopping centers and you will find them there. Generally they are the brands that bear the name of the stores themselves.”

It’s likely, he warned, that with the switch from formula milk, infants could experience colic, diarrhea or hard bowel movements.

Dr. Shapiro is confident that the shortage will be resolved in two or three weeks. President Biden himself told reporters at the White House that they are working with manufacturers to allow more formula to be imported.

“In a matter of weeks or less, we are going to have significantly more infant formula on the shelves,” the president said.

President Biden’s administration has been under very strong pressure to address this issue. And it is that according to the 2020 breastfeeding report from the Centers for Disease Control and Prevention, just under half of babies born in the United States were exclusively breastfed during their first months. Therefore, the demand for formula milk is high.

From store to store

Tania Diaz, a mother of a three-month-old baby, said she has been going from store to store for two months, looking for formula.

“I have gone on different days and at different times, but it is very difficult. When people find, they take 4 or 5 boats”.

She explained that she was unable to breastfeed her baby, and after trying various types of milk that she did not like, she found that Target’s formula worked very well for her son.

“The problem now is that I can’t find it in any store, and I already have half a bottle left. I don’t know what I’m going to do, because my son refuses any other type of milk. At Target, they already told me that they don’t know when the supply will be regularized.”

As a result, this mother says she is very worried.

“They should put a limit on the number of cans of milk people can buy.”