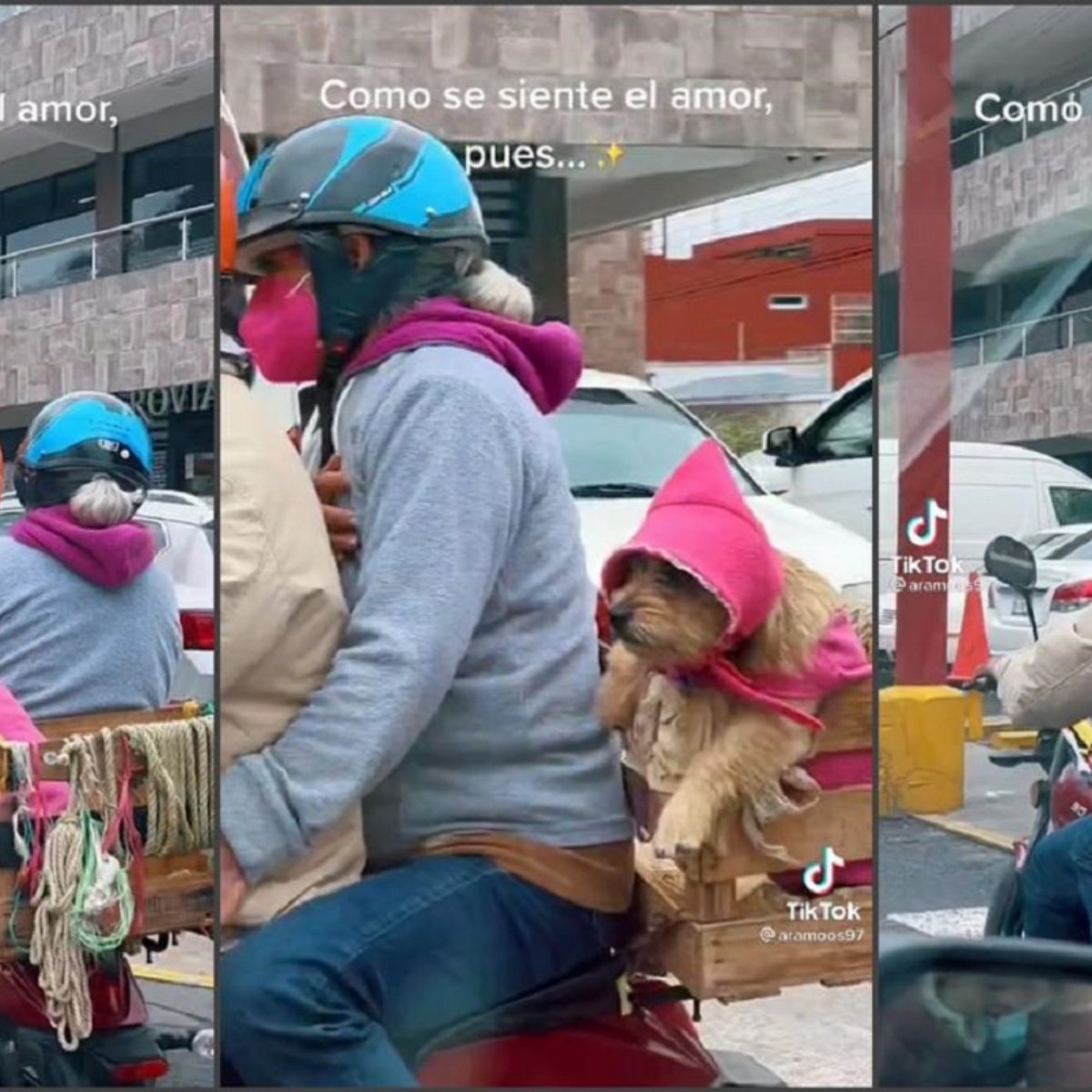 A TikTok video is an example of the affection that people can have for their pets and apparently everything is possible for a motorcyclist who went viral through TikTok, since they were captivated by the way of transporting their puppy.

It turns out that on this occasion a motorcyclist tried to offer the best to his dog, which stole the attention of users on TikTok, because of the way they created their own chair so that he could travel with them.

It is about the user @aramos97 who was in charge of publishing the video in which a young man was on the streets of Mexico when he realized what the young couple did for their canine who was on the motorcycle.

Motorcyclist goes viral for his dog

From what can be seen in the images, the dog had its own chair that was made with wooden boxes, in addition, the animal appeared with a pink outfit, with a hat and a jacket.

It is not for less that the video has gone viral on social networks, especially on TikTok where it has obtained many reactions from its users and they have commented on it as shared on other networks.

By going viral, the video has obtained more than 600 thousand views on TikTok and hundreds of comments on the publication such as: “I love seeing these videos where they love their puppies”…

As well as other masn where the creativity and affection of the motorcyclist stand out: “Excellent so that he does not get cold and protects his little ears. Thank you for loving him”, “This video has two things that should never be missed: the love of a couple after so many years and the purest love for a little animal”.