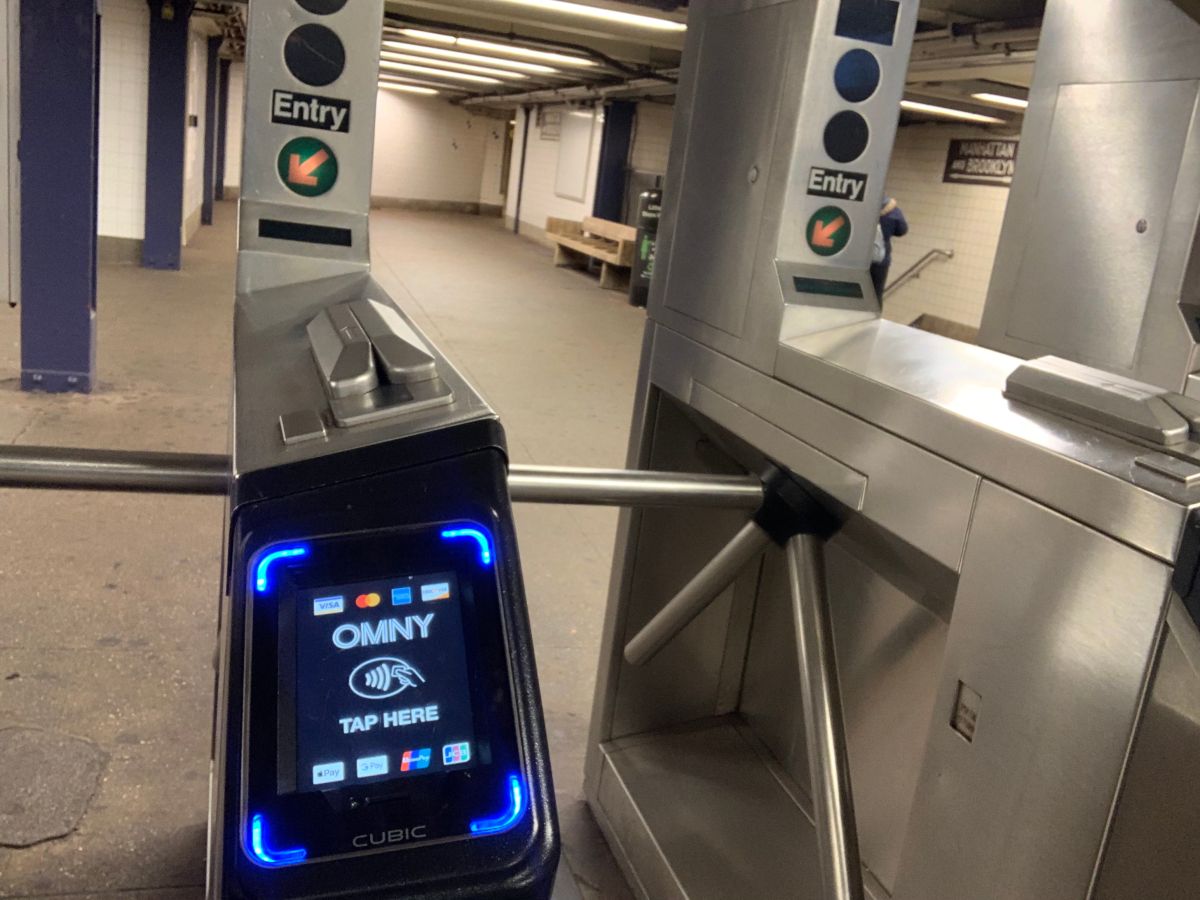 The system of Subway fare payment and buses OMNY, that works with the use of credit or debit cards, or smartphones, and that replaces the MetroCard in the readers of the turnstile at the entrance of the transport stations, has been very effective but has had one big complaint: So far no offers any type of discount on the trips made by the thousands of New York passengers who have already switched to this contactless form of payment.

But this will change as of March 1, when the Metropolitan Transportation Authority (MTA) will implement a pilot plan, which will last in its trial period at least four months, and which will establish a maximum rate per week with which no passenger to use OMNY pay to more than $ 33, if you make 12 trips in a 7-day period. Any Additional journey that takes place in that week will be free, following the same current system of the weekly Metrocard, which has the same cost.

This was announced last Wednesday by the MTA Board of Directors, after approving a pilot program that seeks to limit the rates for OMNY users and be able to encourage the recovery of passengers in the system, which still cannot be with the usual flow of users that existed before the COVID pandemic.

In your ad, the MTA assured that it will offer passengers of the subway and local buses, as well as those of the Staten Island ferry, “the best possible rate”, of $ 2.75 for each of its first 12 trips, starting every Monday through Sunday, and if it exceeds the cost of the weekly MetroCard, no customer OMNY will pay more than $ 33.00 per week.

“If there is someone who doesn’t want to fork out the $ 33 at the beginning of the week, for some people that is a problem, they can just scan each ticket and enter, and when they reach 12 trips they will start to get free rides. It’s simple, it takes advantage of new technology and it’s great for everyone, ”said the interim president and Executive Director of the MTA, Janno Lieber, warning that the change aims to attract more users.

“Our rate structure is an important tool we have to retrieve passengers,” he added. Lieber. “Business logic says that there is no point in raising the price, just when trying to rebuild your customer base. Therefore, we will leave the basic rate alone for now and launch a list of new rate promotions for pilot plans. “

Victor calise, a board member of the MTA and commissioner of the Mayor’s Office for People with Disabilities, had warned of the urgency of being able to include those benefits to people with disabilities who use OMNY.

“We really have to get OMNY up and running. We implemented a system without (taking into account) people with disabilities and thus we are going backwards ”, said the official.

Benefits also in the LIRR and Metro-North

In addition to the maximum weekly cost of trips on the Big Apple Subway and buses, the MTA announced other pilot programs for the Long Island Rail Road (LIRR) and the Metro-North.

“To help people with flexible work hours and boost ridership, LIRR and Metro-North will offer new 20-ride tickets and a 10% discount on monthly tickets,” the MTA also announced. “To encourage the use of commuter trains to travel within New York City, the MTA will extend the price of city tickets for weekends to all trains outside of weekday rush hours.”

The MTA assured that after implementing the pilot plans, next year will be evaluated the impact of the new rates on operations, user feedback and revenue received to decide whether the advertised rate plans become permanent or not.

Danny Pearlstein, director of policy for the Riders Alliance organization, which defends the rights of public transport passengers, welcomed the move in incentives for users of the OMNY payment method, but asked the MTA for more investment to improve the service.

“The new MTA rate discounts, along with the rate freeze announced by the Governor (Hochul) last month, are a step towards equitable recovery and the growth in the number of passengers New Yorkers need ”, said the activist.

“In the new year, commuters expect there to be more investment in bus services, more frequent, affordable and accessible trains, to make the most of the transit system we depend on and build a just, equitable and resilient New York.” Pearlstein added.

The plan of the Transportation authorities is for all metro and bus users to migrate to the OMNY payment system by 2023, when the MetroCards will remain in the past, as happened several years ago with the famous tokens that reigned for decades.

Zoraida Rangel, who moves on public transport in New York through the use of OMNY with his cell phone, applauded the MTA’s decision, as he assured that although paying for his trips with the telephone is faster and more effective, they do not have the same benefits than Metrocard users when their trips are multiple in a week.

“I think it’s fair that they do that, because sometimes you end up paying more than what a MetroCard could cost, but the good thing about OMNY is that you don’t have to be queuing to buy anything and if the train comes already, you just Pass the cell phone and enter, and I like that, ”said the Colombian, who nevertheless had a qualm. “I think the MTA should have implemented that now and not wait until March, or should at least give us an extra bonus to users who have used many routes to weigh up this delay in changes “.

Doris Lopez, who also said “goodbye” to the MetroCard several months ago, was equally pleased with the MTA’s pilot plan, calling for it to be extended to monthly trips.

“They should do the same with the costs that are generated monthly, because many of us use OMNY on a daily basis, and they should even think of something more ambitious, which is annual and generate an extra discount at the end,” said the Honduran.

James Molina, who has not yet moved to the use of OMNY, said he did not know much about that metro payment system, but asked the MTA that while the use of MetroCards is enabled, they pay more attention to the maintenance of vending machines.

“I see a lot of people who go by quickly with their cell phones with that program, but others like me, who don’t know about it, have to buy the MetroCard at the machines, and many times they don’t work or they say that they only sell one-way tickets. or even that they do not receive cash or do not receive cards, “said the Colombian. “This is also a need that must be resolved immediately, because many times people choose to enter without paying because there is no way to buy the ticket.”

What is the OMNY fare payment program?

Details of the pilot plan for OM usersNY