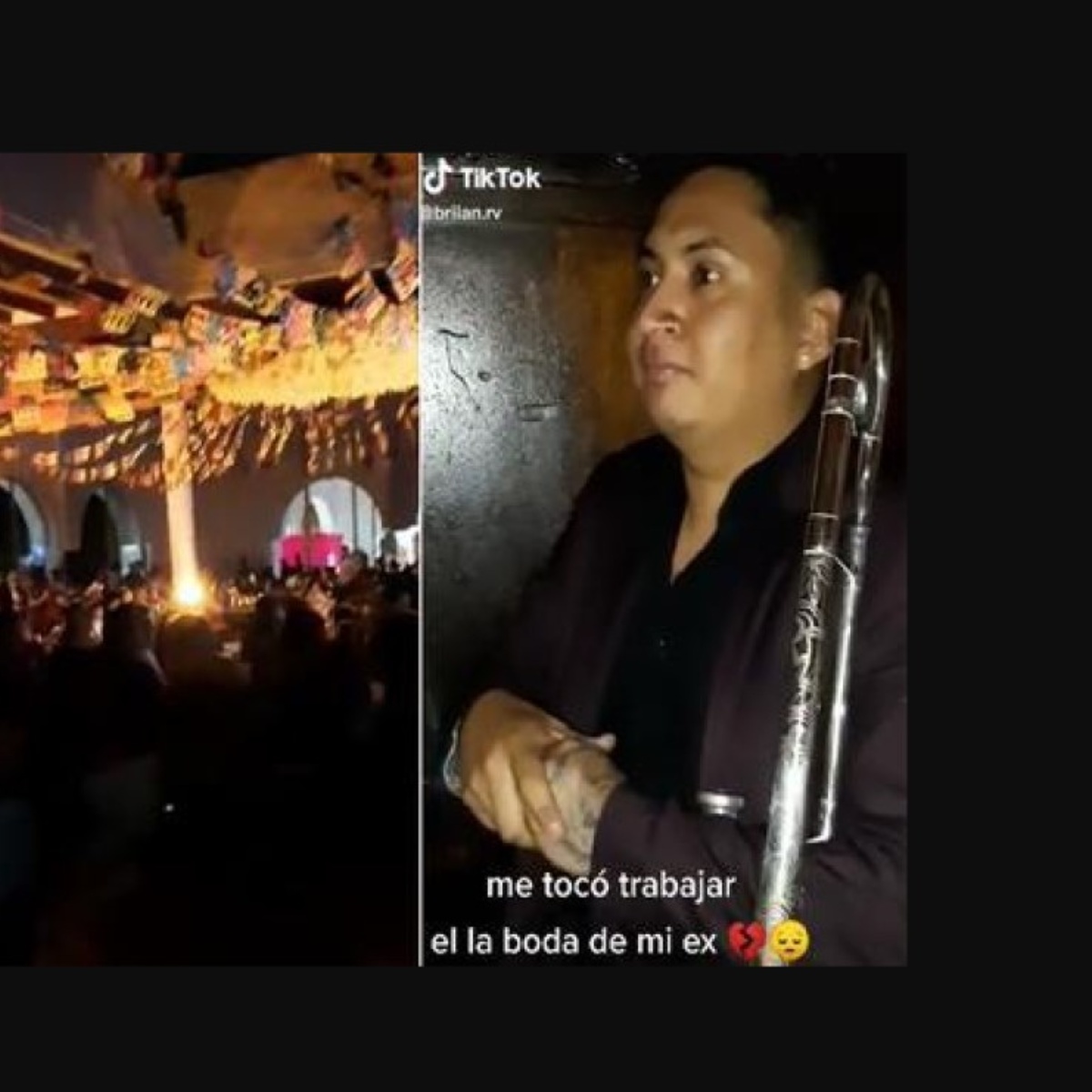 The video where a musician played for his ex-girlfriend’s wedding It has gone viral on the TikTok platform. It turns out that Brian Rodríguez had to see whoever his girlfriend was in her white dress marrying someone else.

At that time the young man had mixed feelings and could not help but shed some tears when he saw her dressed in white.

The most curious of all is that his ex-father-in-law noticed and invited him for a drink, making him change his mood.

The video was posted on Brian Rodríguez’s social networks, on TikTok @briian.rv, on May 8, and to date it has accumulated more than 4 million views and 255 thousand likes.

Musician played for his ex-girlfriend’s wedding

It turns out that the band for which Brian Rodríguez works was hired to animate a wedding, but what he did not know was that the bride who just got married was his ex-partner.

But as expected, the musician could not hold back his tears when he saw his former love dressed in white and holding hands with another.

At that time, as couldn’t hold back the tears and without any guest noticing, his ex-father-in-law handed him a drink and this changed his mood for a few minutes. Brian appreciated the gesture he had with him and continued playing at the wedding.

The wedding took place in Guadalajara, a city in western Mexico known for tequila, and the video is trending on social media.

It may interest you: Wedding goes viral on TikTok due to rap battle between the bride and groom

He saw his ex get married

Without a doubt, although the musician played for his ex-girlfriend’s wedding and had mixed feelings in the end, everything worked out for everyone.