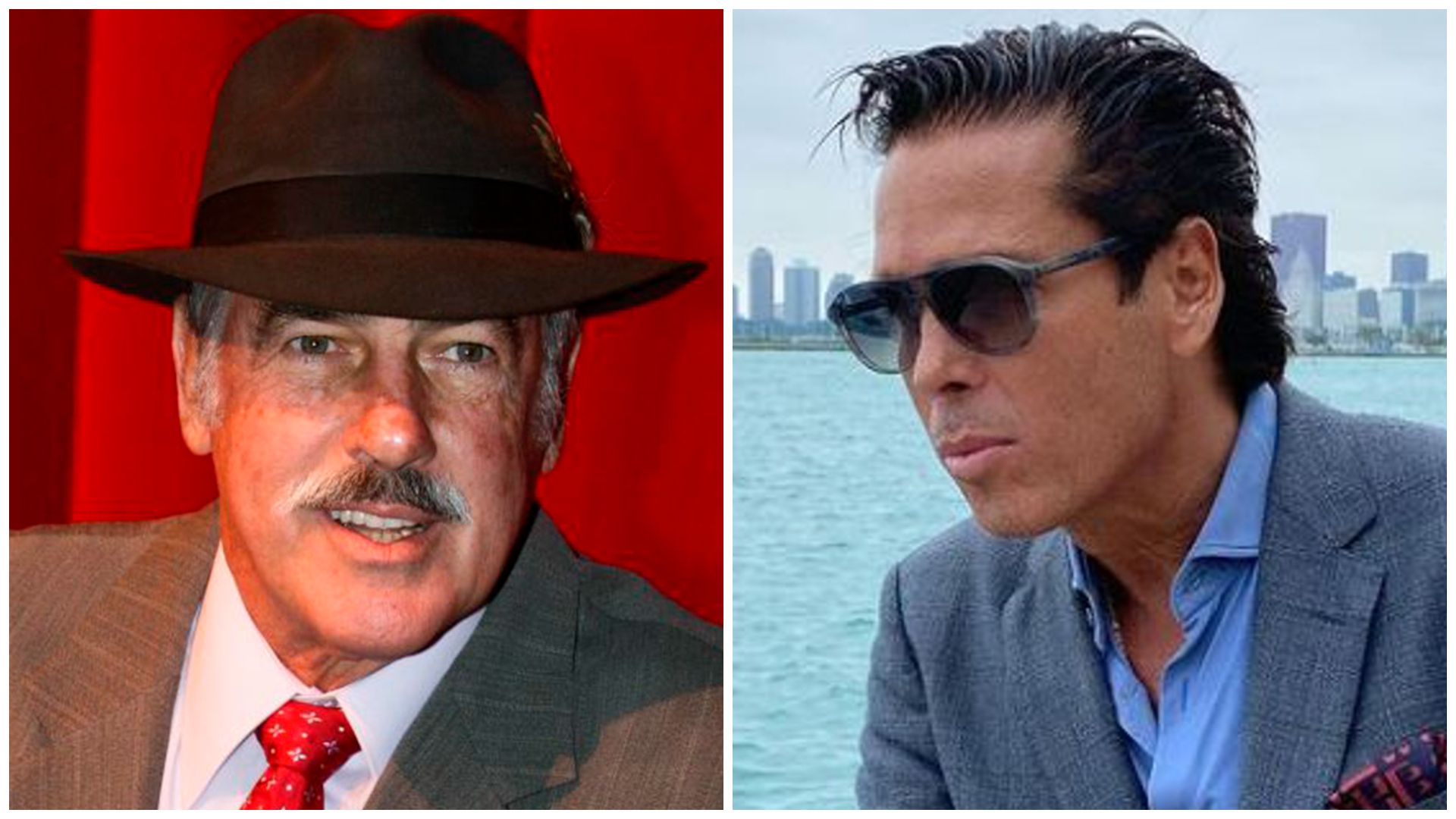 Roberto Palazuelos He surprised his followers of social networks with a trip to the past after the estrangement that, a few days ago, he confirmed lives with his great friend, Andrés García. The Black diamond published an unpublished photograph where he posed with the famous movie star a few yesterdays ago.

Until a few months ago, Andrés García and Roberto Palazuelos had starred in one of the strongest and most enviable friendships in the middle of the show. However, they could currently be keeping their distance after a series of misunderstandings that would have been unleashed by statements about the will and a property of the Dominican.

Despite this, during the morning of this Sunday, the actor from Losing my mind posted on his Instagram profile a photograph that was taken about 10 years ago together with the Dominican interpreter. In the postcard you can see the friends wearing similar looks made up of white pants and a shirt of the same color, while both showed their best smile for the camera.

During the unforgettable moment they lived in Cancun, the Black diamond he was also accompanied Eduardo Alatriste, another close friend, and accompanied his memory with a brief message in which he clarified the place and time where that moment was immortalized in an unpublished photograph.

“One Sunday 10 years ago with my dear Andrés García and my loyal friend Eduardo Alatriste in the beautiful paradise of Tulum“, wrote.

Almost instantly, the comment box of Roberto Palazuelos’ publication was filled with compliments and messages of affection for those involved, but mainly for the Mexican actor, as his hundreds of fans assured that he continues to look the same despite the passing of the years. .

“Handsome all three“,” Pure handsome “,” You look identical “,” What a bearing “,” Oh, how handsome “,” You are all handsome, elegant, fine. Handsome!”, “How is Mr. Andrés García? […] He’s gorgeous and he’s already big, but we all turn to see him“Were some of the reactions it received and, so far, its publication is about to reach nine thousand” likes. “

In this way, Roberto Palazuelos brought to the present one of the beautiful moments that he lived with his dear friend and put aside the bickering in which they have been involved in recent months.

It was at the end of last December when the actor from Mirreyes against Godínez He confessed that for now he has no intention of approaching the Dominican interpreter to clarify the differences that persist, this despite an alleged talk that would have been going on several days ago and where they would have smoothed out rough edges.

In an interview for the show Today, the 54-year-old businessman declared that he has no problem with the actor of great Mexican films and soap operas, such as Pedro Navaja, The body of desire, The privilege of loving, You or nobody, among many others, and commented that overprotection could be the source of the difference.

“Is that I don’t have any problem with Andrés. I knew that he had been upset because he feels that I am overprotective, I love him very much and with the people I love that is how I am. Then better I opened up for a little while”He shared.

That was the main reason why he decided to temporarily keep his distance with Andrés García. He also indicated that he would not be able to speak face-to-face with his friend in the next few days because he has a very tight schedule, but he did not rule out doing so at some point and confessed that he hopes that as the days go by, the waters will calm down.

“The press is not the right place to air things with the family you love or with the friends you love. So well time heals all”He added.

How much is Roberto Palazuelos’ fortune and what businesses does he have?