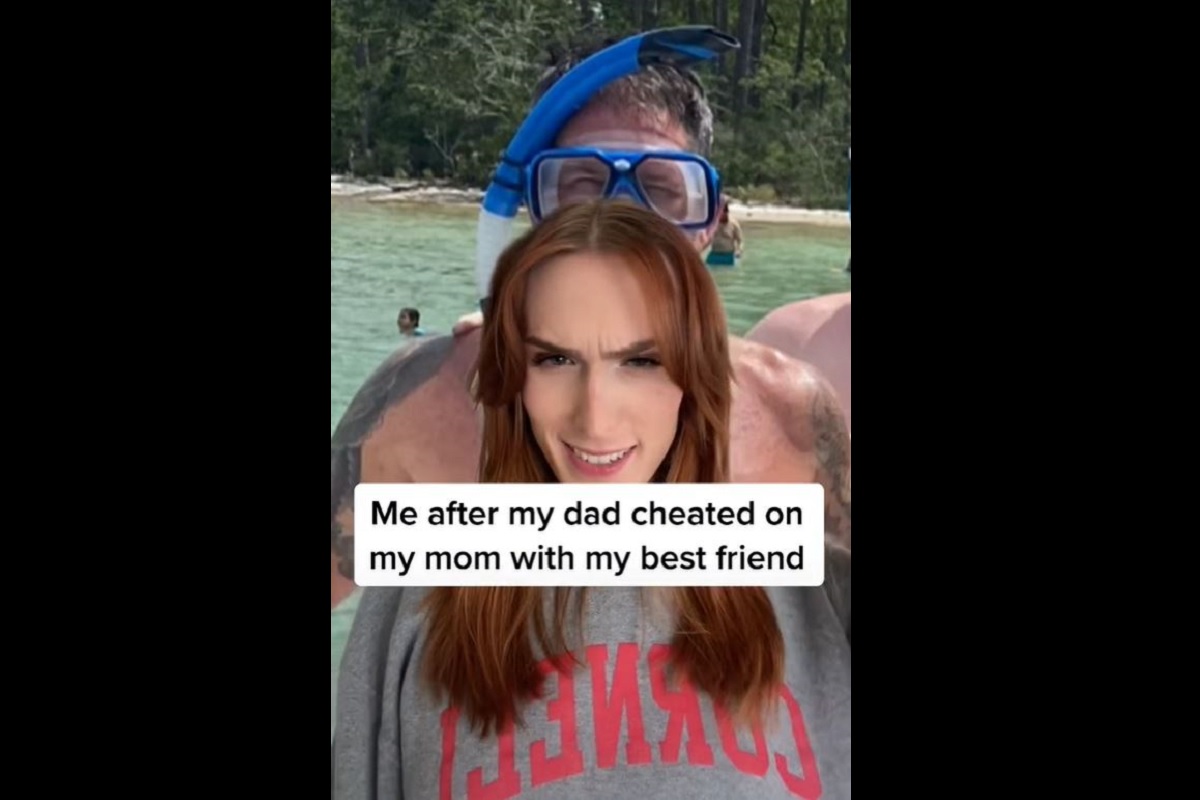 Diana, identified on her TikTok account as diana.j.t, used the social network to spread a video in which she narrates her experience of discovering that her father was unfaithful to her mother, and then finding out that the mistress was her best friend, a girl named Gretchen.

The 23-year-old recounts that, during high school, she worked at the family restaurant along with her then-best friend, so she didn’t have much time to make friends outside of school or work. “So Gretchen and I were really close because we worked together all the time. At one point I think she had a crush on me and I turned her down, so she decided to go for my dad,” she assures in the clip.

According to Diana, the first to discover the man’s infidelity was her own mother, who made him confess his bad behavior: “My mom found out that my dad was cheating on her and made him tell us that he did something and that it was something bad,” she says.

And although they didn’t know the identity of the mistress at the time, they eventually noticed some signs that pointed directly to Diana’s friend Gretchen. When the mother learned who her husband’s mistress was, “she came to work and screamed at this girl in front of the whole restaurant. But despite their best efforts, cheaters are cheaters, and they keep having an affair and keep seeing each other,” Diana says in one of her videos.

Her mother decided to separate from her cheating husband and married another man with whom she is happy and, of course, the friendship between Diana and Gretchen ended. “Your mom is admirable,” expressed a TikTok user in the comments. “I’m glad they are better and have put it behind them. I’m happy your mom found love again,” commented another.