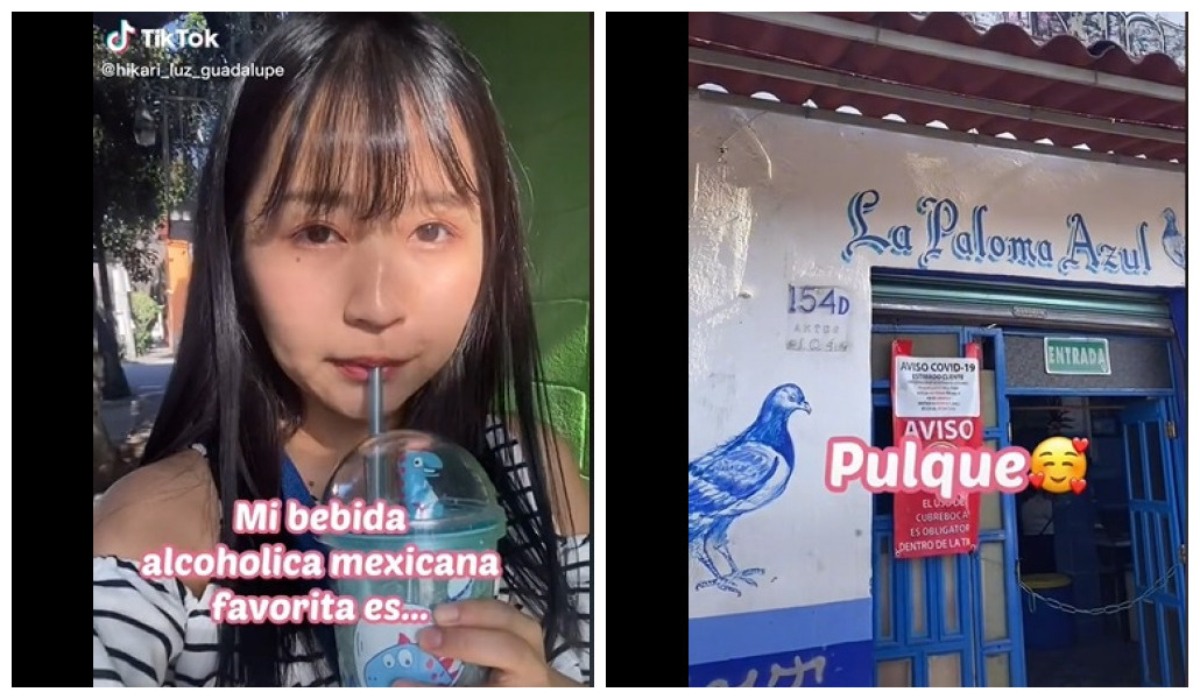 A tiktoker Japanese woman goes viral after openly expressing his love for pulquea traditional Mexican drink, which make sure it’s your favoriteuntil your glass takes you to the place to ask for your favorite flavors to cool off.

The young woman identified as Hikari Luz shared a video on her TikTok account ofwhere he reveals why pulque is his drink of choice.

“My favorite Mexican alcoholic drink is…pulque”, The young Japanese woman wrote at the beginning of the video that went viral on social networks.

“My favorite chupe (drink) is pulque, because it is a natural flavor that is not found in Japan,” assures the Japanese tiktoker, while showing in the video, the place where she goes for her favorite Mexican drink.

In the video, the tiktoker is seen carrying a glass with dinosaur figures as she walks to the pulquería to order her favorite drink.

“There are always many drunks,” says the tiktoker

“I bring my bottle for pulque, there are always many drunks here”, The young woman comments, but apparently this situation does not bother her, since the important thing for her is to be able to buy the intoxicating drink and to be able to cool off in this hot season, she even assures that she likes the atmosphere of the place.

“My favorite flavors are soursop, piñon and marzipan. When it is very hot, I like to drink cold pulque”Hikari Luz commented.

“It is not allowed to consume alcoholic beverages on public roads, but with that kawaii bottle, the policemen will think that it is a fruit smoothie and not pulque 😂”, one user wrote.

Pulque is one of the oldest drinks that is made in an artisanal way, which is obtained through the fermentation of aguamiel, which is obtained from the agaveit can be taken raw, but the most requested is to which flavor is addedThey are mainly fruits.

And without a doubt, this Mexican drink has conquered the palate of Hikari Luz, who has been characterized by sharing on her TikTok account what life is like for Japanese people living in Mexico.

You may also like:
–“They are alone because they want to”, says a woman who met the love of her life outside an Oxxo, she lived on the street
–Teacher gives shoes to student, but he gives them to his mother, “She needed them more”, she says
–The 10 best cities in the world to live