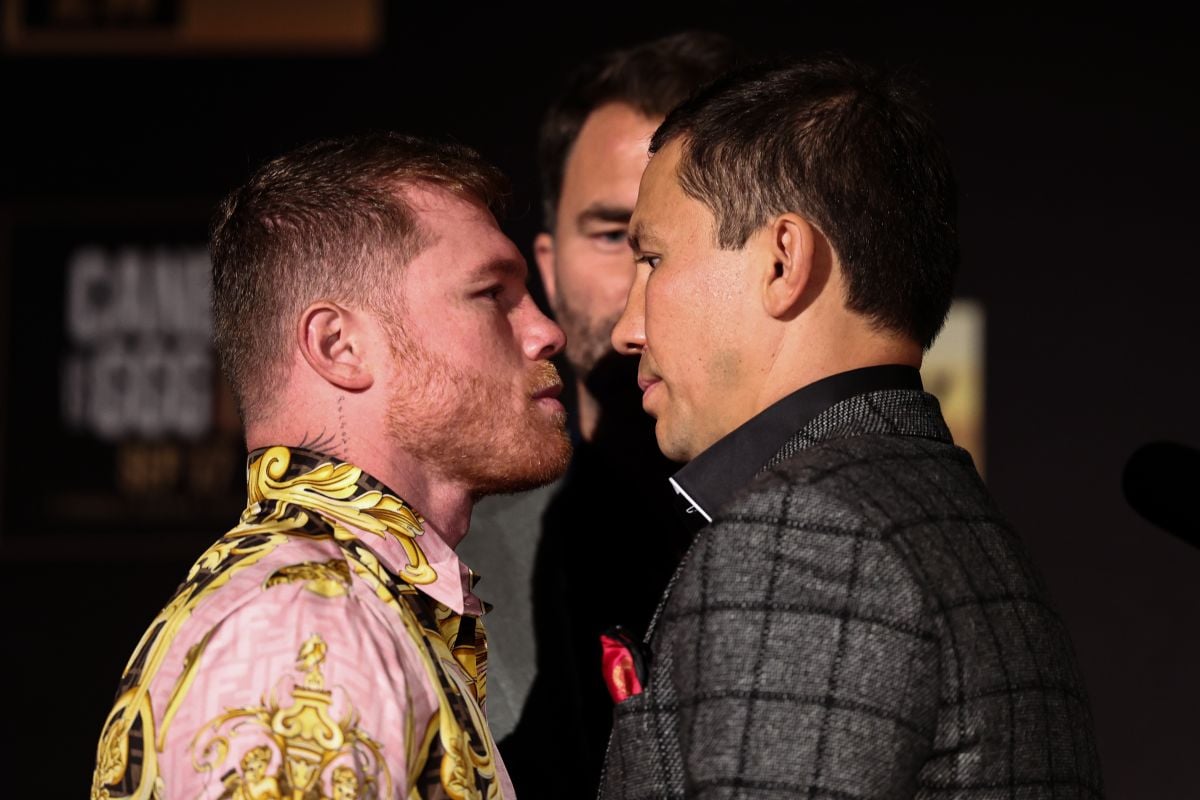 The Mexican boxer Saúl ‘Canelo’ Álvarez referred this Monday to what will be his third fight against the Kazakh Gennady Golovkin and, although he knows his rival well, he admitted that having accepted this fight represents a risk that he is willing to take.

In a press conference held in New York City with the intention of promoting the trilogy between Canelo and Golovkin, the undisputed super middleweight champion indicated that his rival “is a dangerous fighter, there is no doubt about that, but if you want to achieve something like I want for this fight, you have to take risks”.

“My goal in this fight is to retire him. He knows that I come to this fight stronger and more mature, at my best (…) When I finish this press conference I am going to go to the gym to prepare like a beast because I just want to fight against him,” said the 31-year-old fighter.

It should be remembered that “Canelo” and “GGG” met for the first time in 2017 in a fight that ended in a draw. The following year they met again and this time the result favored the Latin American.

Eddy Reynoso spoke about the preparation of Canelo Álvarez

The ‘Canelo’ coach spoke in said meeting with the media and stated that he will prepare his pupil to exhibit his most aggressive version in what will be his return to the ring after being defeated by the Russian Dmitry Bivol in May. .

“We are going to have a more aggressive fight. From the first round we are going to put pressure on the fight, do what Saúl knows how to do. We will do what we did in the second to win more clearly, but we will do it even better”, he pointed out.

Golovkin wants to star in the best fight in history

On the other hand, Gennady Golovkin also had his chance to speak and sent a clear message by stating that he will work to make the third fight against Saúl Álvarez the best in boxing history.

“September 17 will be an amazing fight for all boxing fans, we will take the sport to another level. It will be the best fight in the history of boxing, it is my dream”, he stated.

Likewise, GGG, who will go up from middleweight to super middleweight for this fight, clarified that he has nothing personal against ‘Canelo’. “This is an important fight for the boxing world, however I don’t think we have a personal rivalry as he says. Any account that we have pending, we are going to meet in the ring and we will solve it, ”he concluded.

It should be remembered that ‘Canelo’ will come to this duel with a record of 57 wins, 39 by knockout, two losses and two draws, while Golovkin has a record of 42 wins, 37 by fast track, one loss and one draw.