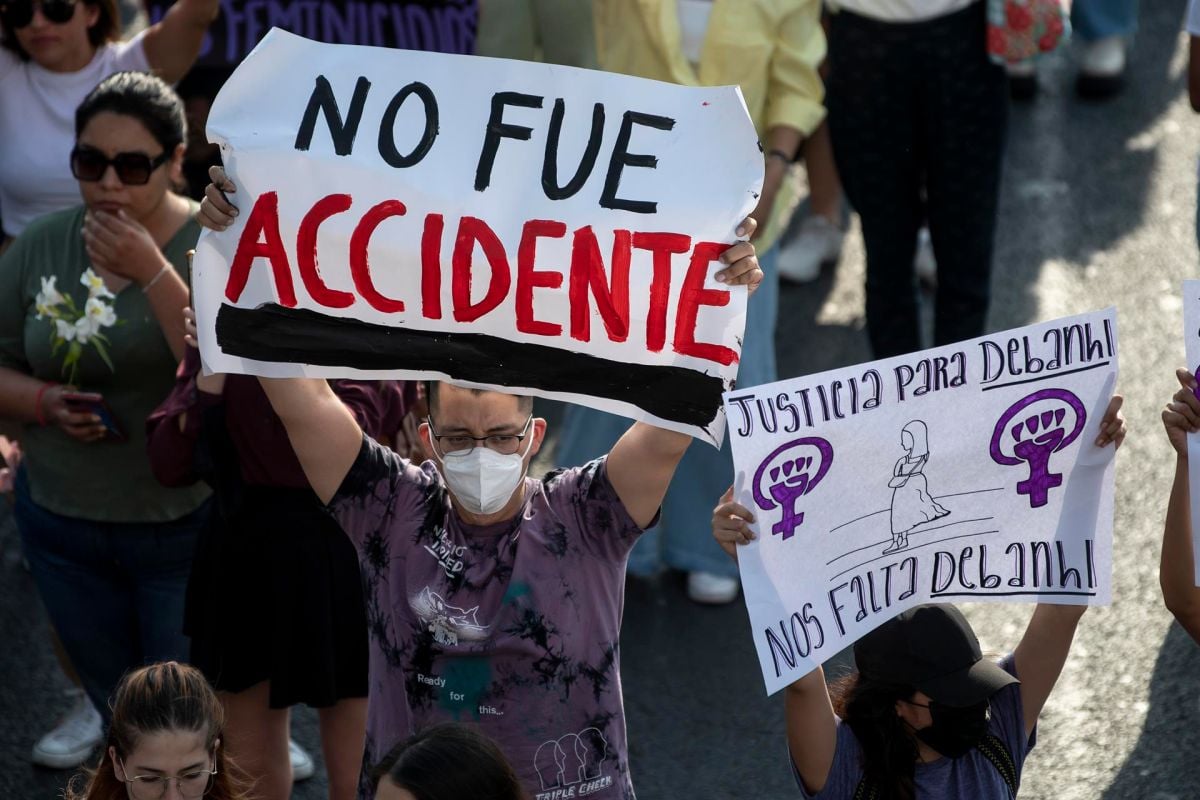 All of Mexico and some other nations are dismayed by the terrible case that occurred in the state of Nuevo León, about the 18-year-old girl, Debanhi Escobar, who after being reported missing, finally a few days later, was found dead inside a cistern of a motel located on the Monterrey-Nuevo Laredo highway, a road that many have already dubbed “the highway of death.”

Undoubtedly, the case of Debanhi Escobar is full of doubts and even omissions on the part of the authorities, to such an extent that the father of the deceased, Mario Escobar, has been emphatic in assuring that his daughter’s body was planted and that the causes of her death did not really coincide with the information given. officially disclosed by the authorities.

In addition, Don Mario has been very emphatic in his request that the Nuevo León Prosecutor’s Office should thoroughly investigate to Debanhi’s friends, those with whom he went out partying that April 9 and that Apparently, they left her to her own devices after a fight, requesting a driver from Didi to take her home. Which didn’t happen.

The name of this taxi driver was recently revealed by Mr. Escobar, textually accusing Juan David Cuéllar of having improperly touched his daughter, which would have forced her to get out of the vehicle and that this led to the tragedy that we all know.

Nevertheless, Cuéllar granted an interview yesterday for the news program Info7 Nuevo León, from Azteca Noreste, to make its truth known and above all, reveal the last audio he recorded of Debanhi and that has left more than one with doubts.

The first thing that the taxi driver clarified is that he was hired through the Didi app by one of the young woman’s friends to take them to the party in the fifth and that on the trip, he noticed that Debanhi was already in a bit of a bad state. Then, the friend asked if she could give her her phone number so that she could contact him and she could pick them up hours later from the party, to which Cuéllar agreed.

Hours later, he received a WhatsApp message from one of Debanhi’s friends asking him to pick her up and when he came to pick her up, he was surprised to see that it was just a girl he was taking and not the group he originally left in the car. Party place.

Finally, Debanhi got into the taxi driver’s car and in the WhatsApp messages sent by the friend, she asked him to take her to a specific address, which was supposedly where Escobar lived (which was also, in reality, not his house), and told him that the girl was already in bad shape.

According to Cuellar, he noticed that Debanhi was in an apparent state of intoxication or under the influence of some substance, because he could not clearly express his ideas and even acted somewhat aggressive.

The taxi driver, not knowing who to turn to, messaged on WhatsApp with another co-worker to ask for advice on what to do and to whom he shared an audio of what Debanhi had been saying to him, apparently without any coherence.

“My parents deserve the truth”, the girl is heard saying, to which the taxi driver asks: “What truth?”; however, Debanhi repeats the same phrase on a couple of occasions.

About the theory that indicates that he harassed the girl, touching her breasts, Juan David stated, very sure, that this was a lie and that even, in the images that have been released of her inside her white car, The young woman decides to move to the passenger seat to be able to charge her cell phone.

Regarding the minutes that followed, just before he got off the road, Cuéllar revealed the audios that he sent to his friends to tell them what had happened to him.

“She got out and didn’t want me to take her anymore and started to slap me, so I let her down. I’m telling you to come get her because she was very aggressive, ”Cuéllar said in a voice note sent to her friends, with whom he had permanent communication the night of the young woman’s disappearance.

Similarly, he denied the accusations that he was with the teenagers all night at that party and even indicated that after leaving Debanhi on the road, he sought help from the police but did not find any patrol on his way. He even indicated that he arrived home and told his wife what had happened and not feeling calm for having left the girl on the road, he returned for her to take her home but that he no longer found her on the site. where he left her.

“From the first moment I wanted to help her. She told her to dial her parents, but she didn’t want to, I even told her friends to do it, but they said Debanhi’s mom didn’t answer them “, detailed the taxi driver.

Regarding the question of why she let Escobar get out of her car and did nothing to make her get back in the car, The young man indicated that he could not force her, since if he did, he could incur a serious crime.

“I came to give my version because they judge without knowing and I was the one who was there,” Cuéllar sentenced.

Here we leave you the complete interview given by this taxi driver and that will surely give a lot to talk about in the coming days.

* Debanhi Escobar case: What is happening in Nuevo León, where more than 300 women have disappeared so far in 2022
* Debanhi suitor Susana Escobar, found dead in a motel cistern in Mexico, breaks down in tears when asked by a reporter
* Debanhi Escobar: New videos show the young woman entering the motel alone and walking near the cistern, according to the Prosecutor’s Office