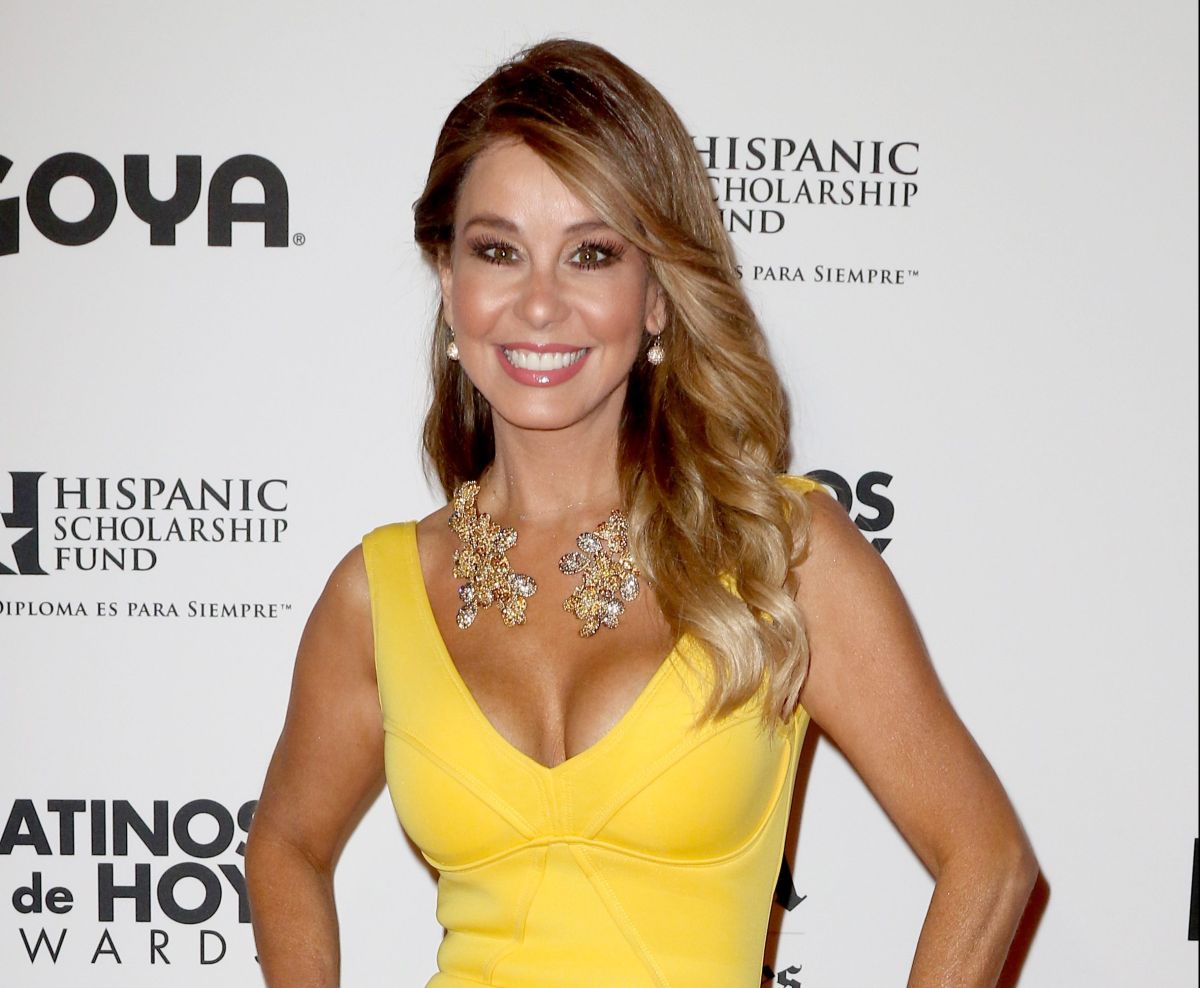 Myrka Dellanos showed off her sensual figure by posting a fun video on her Instagram account, where she has more than 2.5 million followers. The host of Telemundo’s ‘La Mesa Caliente’ recorded this video from the channel’s dressing rooms.

In principle, the television host appears wearing a sports outfit in front of a mirror and is recorded while kicking forward. When lowering her leg, a new shot appears in which she is wearing a sensual and very tight short, which highlights all her curves and her flat abdomen. This outfit is complemented with nude heels.

“We are all brilliant in the raw until they pass us through the fire and we go out to shine”, was the message with which he accompanied this video that already has more than 18,800 likes and more than 366 comments.

“Bella”, was the comment that Maribel Guardia left her and Alix Aspe, her partner from ‘La Mesa Caliente’, wrote to her: “Woooooow love thiss transition on point I love you haha”.

The television host usually shares content in which her figure stands out due to the tight outfits she usually wears in his day to day life and to be on the Telemundo program with Aspe, Giselle Blondet and Verónica Bastos.

A few weeks ago Myrka Dellanos revolutionized social networks by sharing a photograph in which she appears together with Ricky Martín many years ago and left many compliments. “Why don’t you go back to that shade of hair? You look great”, “My dear friend and you Beautiful and radiant forever”, “OMG!!!! But… how beautiful! you look”, “Beautiful! they are both like wine! “Mirka is always beautiful and the older she is, the better” and “Myrka, I am sure that if she were not the great journalist and host that you have been, you would have been one of the most famous models or won Miss Universe, so beautiful you were and still are.”

Keep reading: Myrka Dellanos shows off her figure in a tight dress while blowing kisses