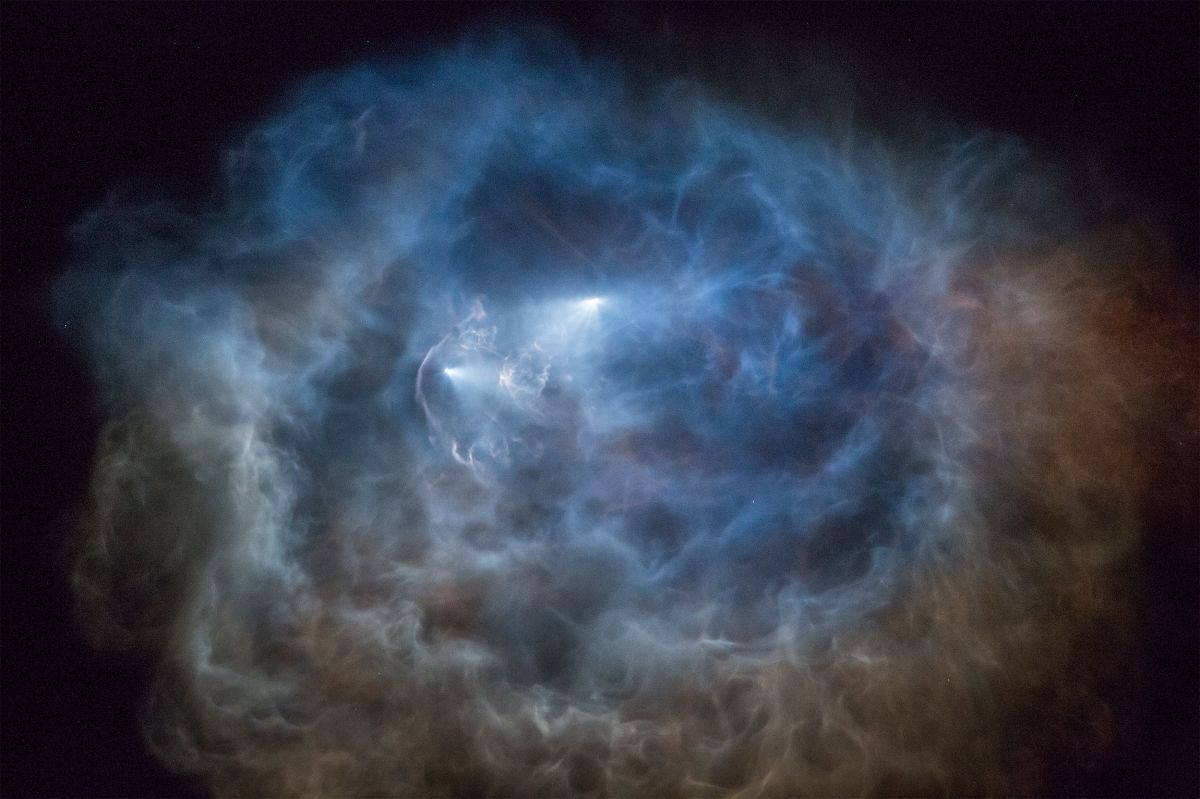 New Zealand stargazers were baffled by a blue spiral that appeared in the night sky this past Sunday.. Since then, many have taken to social media to comment on the mysterious light show. Eyewitnesses claim that the spiral was not stationary, but was moving north.

The spiral formed over the South Island around 7:30 p.m. local time on Sunday, and was seen by people in Queenstown and Motueka, according to the New Zealand Herald.

Clare Rehill was one of the people who photographed the spiral in the sky over Queenstown, a city on the South Island of New Zealand. He posted the photo on Twitter first thing Monday morning.

Here the strange image in the sky:

Alasdair Burns, a stargazing guide at Stewart Island/Rakiura, was also one of those who documented the strange occurrence. As he reported Guardian. Burns got a text from a friend: Go look at the sky. “As soon as we walked out, it was obvious what he meant,” Burns said.

He saw a huge spiral of blue light in the middle of the darkness. “It looked like a huge spiral galaxy, suspended in the sky, moving slowly,” Burns said. “A rather unsettling feeling.”

“It looked like a planet or a star,” local Augustine Matthews told the news site. stuff. “It was just a white dot with a little spiral. And in 10 minutes it had crossed half the sky and the spiral had tripled. It wasn’t blinking or twinkling, and it was moving pretty fast.”

The reality was probably a bit more prosaic, he told Guardian Professor Richard Easther, a physicist at the University of Auckland, who called the phenomenon “strange but easily explained.” According to Easther, the spiral was caused by a rocket exhaust plume that was illuminated by the sun.

“When the propellant is ejected out the back, what is there is essentially water and carbon dioxide, which briefly forms a cloud in space that is illuminated by the sun,” Easther told the British media.

“The geometry of the satellite’s orbit and also the way we’re sitting in relation to the sun, that combination of things was just right to produce these completely crazy looking clouds that were visible from the South Island,” he added.

Thus, everything seems to indicate that the sky show was courtesy of a two-stage Falcon 9 rocket from SpaceX, which launched from the Cape Canaveral Space Station in Florida on Sunday at 12:27 a.m. EDT (0427 GMT), carrying into orbit a communications satellite for the Louisiana-based company Globalstar.

Similar patterns have been seen in the sky in the past in different places, such as the one seen earlier this year in Hawaii and Oklahoma, and in East Africa in 2018. They were all shown to have been caused by SpaceX launches as well. .

As reported space.comSpaceX’s Globalstar launch was the third in about 36 hours for the company. The company launched 53 Starlink satellites on Friday (June 17) from NASA’s Kennedy Space Center in Florida and a radar satellite for the German military from Vandenberg Space Force Base in California on Saturday (June 18).

Also read:
Elon Musk: they file a millionaire lawsuit against the founder of Tesla for promoting a cryptocurrency
· The “alien” signal detected in China turned out not to be extraterrestrial after all
· What would happen to the Earth if the Moon disappeared?