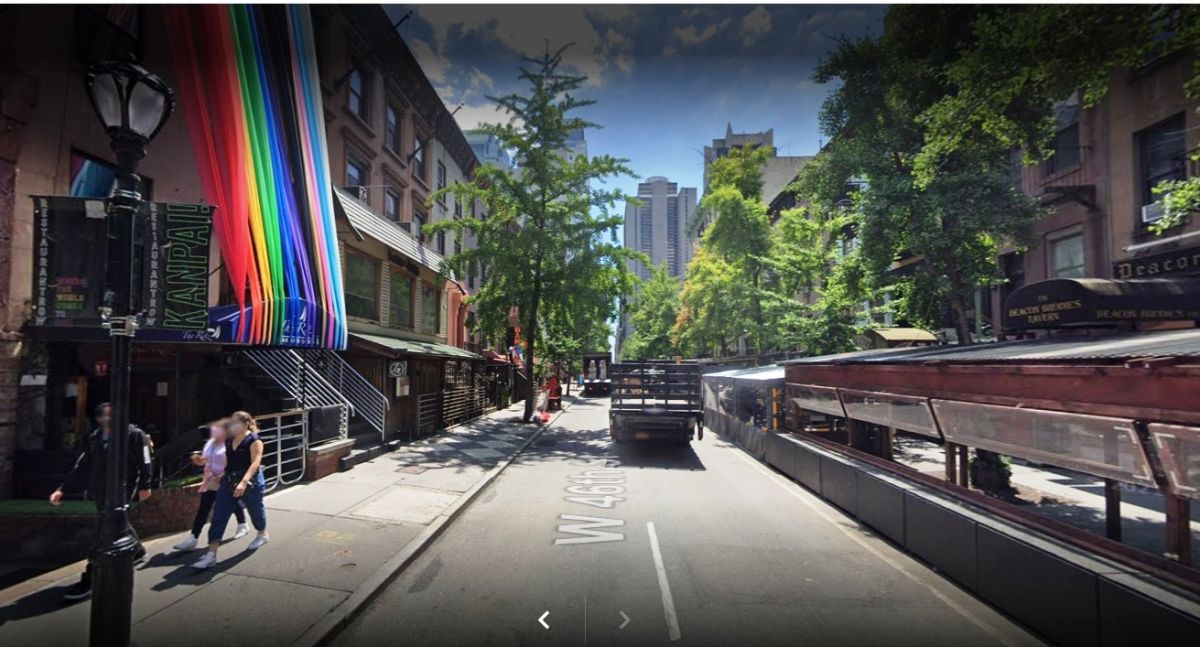 A mystery surrounds the death of Julio Ramirez, a 25-year-old social worker who met with a friend at three bars in New York City’s central Hell’s Kitchen neighborhood and was found dead hours later in a taxi., across town, on the Lower East Side.

Their bank accounts were emptied days after his surprise death in the early hours of April 21, according to his brother Carlos Ramírez. His last stop was the Ritz Bar and Lounge, a popular multi-level venue in the heart of Restaurant Rowon West 46th Street, between 8th and 9th Av.

Carlos Camacho, a 24-year-old aspiring actor who lives in that area, said he and Ramírez met on April 20 at 7 p.m. and they visited three places, all within half a mile one from the other: “Rise Bar”, “Mickey Spillane’s” and, finally, “Ritz Bar and Lounge”. After the long day, the friends said goodbye around 3 am

Surveillance footage from a nearby security camera Ramírez is shown walking away with three unidentified men at 3:17 a.m., according to his brother. then the four they entered a nearby taxi, a law enforcement source said, but Ramirez was alone in the back seat at 4:10 a.m. when the driver approached a police officer to tell him his passenger was unresponsive, 3 miles away in the Lower East Side neighborhood of Manhattan.

Despite efforts by the NYPD officer and paramedics to save his life, Ramirez was pronounced dead at a nearby hospital at 4:49 a.m. on April 21, a law enforcement source said, adding that the initial cause of death was listed as What “possible drug overdose”. But the official “cause and manner of death” are pending further study.

The medical examiner told NBCnews in an email that this could take “at least a few weeks.” Ramirez was initially identified as “John Doe” because neither his wallet nor his phone were with him when he diedsaid his brother.

Now, more than a month later, Ramírez’s family and friends have more questions than answers as they try to piece together what happened in his final hours.