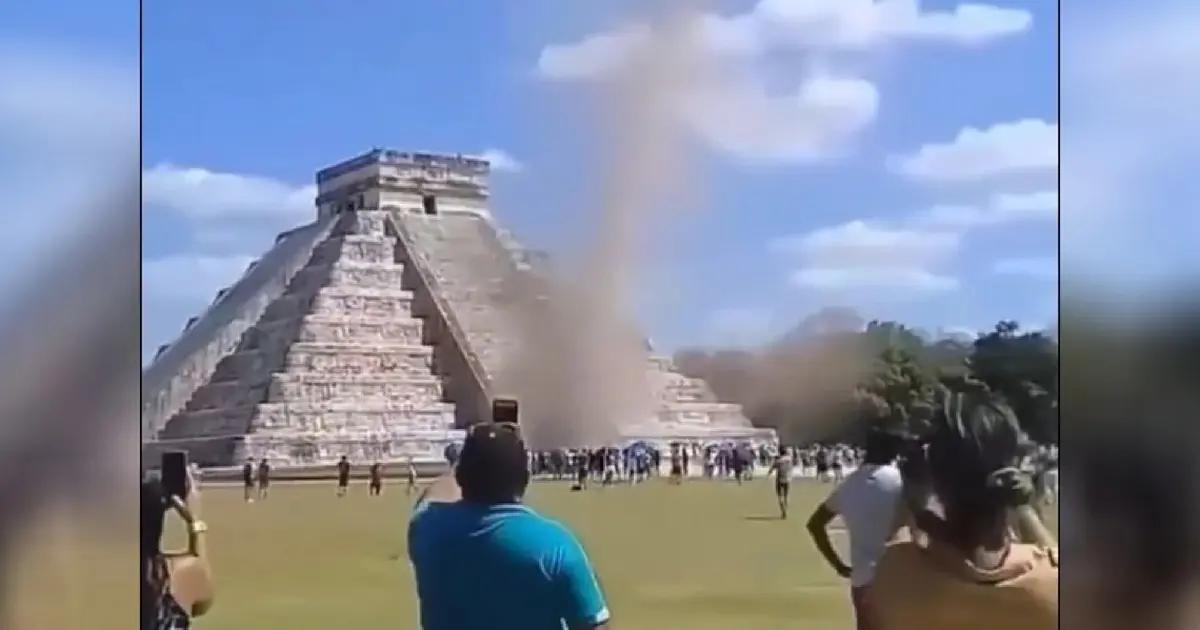 Dozens of tourists at the archaeological site of Chichen Itza, in the state of Yucatan, were surprised when they witnessed the formation of a dust devil right in front of the pyramid “El Castillo,” known to be the temple of Kukulkan (Quetzalcoatl).

Seconds after the earth rose and began to spin at the foot of the pyramid, the visitors, far from being alarmed and running, approached to record the moment.

It is worth mentioning that the video of the small thunderstorm was broadcast on December 27th by an Internet user identified as Brian Roemmele, but it went viral until Wednesday afternoon.

At the end of the 59-second video clip, a man with a Yucatecan accent can be heard saying, “Kukulkán e’ta enojado” (angry Kukulkán).

Some even compared it to the archaeoastronomical phenomenon “La Serpiente Emplumada” (The Feathered Serpent), which is seen every spring equinox.