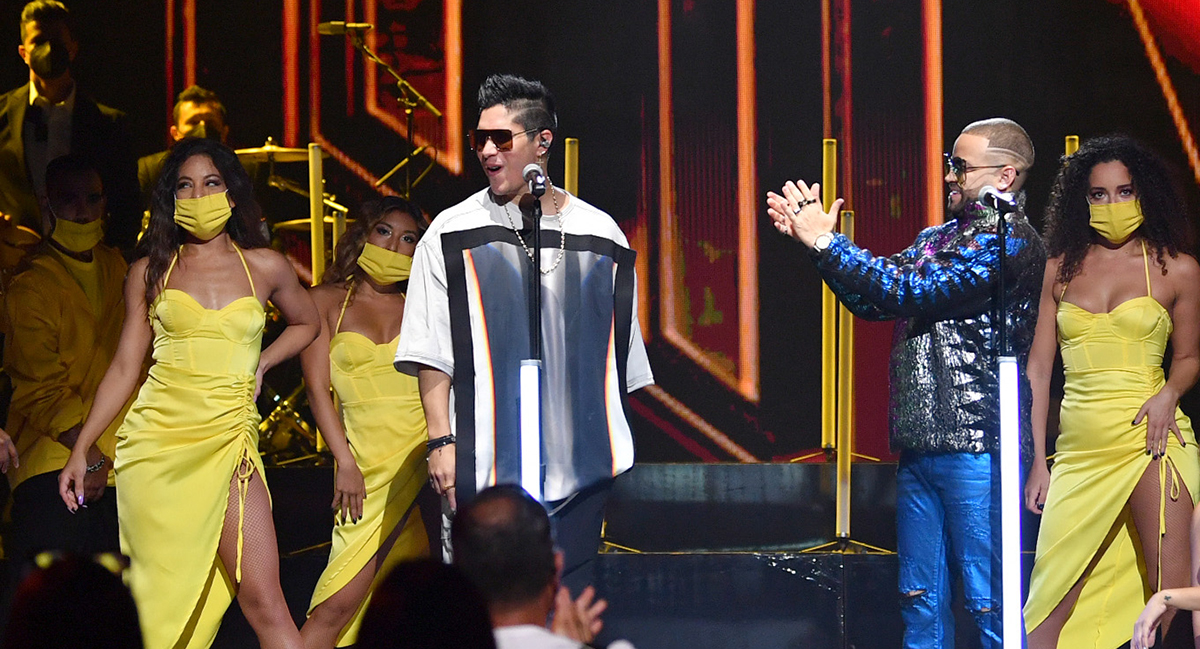 When the storm of controversy surrounding the health of Chyno miranda and if he was really being well cared for, Nacho Mendoza spoke and revealed that his friend is not neurologically well, and his environment does not let him get close.

Chyno worried us in ‘Premios Juventud’, we saw him almost without being able to walk, lost when singing, and very repetitive in his words product of anxiety. His wife, Natasha, went from being the self-sacrificing wife, to becoming a woman who got over it. And suddenly, a series of daily videos began to be published where the singer is shown with impressive progress.

Both on his Instagram account, as in Natasha Araos’s we see him exercising, eating healthy, taking speech and rehabilitation classes, and a few days ago we saw it even driving.

However, everything we see apparently would not be so. This weekend Nacho mendoza gave an interview to the Venezuelan journalist Luis Olavarrieta, for your YouTube channel, and there assured that Chyno is not well.

“It is not with him that I can negotiate because neurologically he is not well… He is not completely clear, he is going through stages of confusion in his mind, and I want to say it because there are many people who do not understand the condition they have and he is much more vulnerable to criticism and attack, because he is not fully focused and restored“, Said the singer to the journalist.

“Having project conversations with him is having him agree, positive, but many times it is on automatic, and it is the reality … I do not want to reveal many of the symptoms that he is suffering at the moment, it is difficult to have a concrete communication with him“Nacho ended up rounding up.

In the interview, they talked about their current moment, of the scandal when he began his affair with Melany Mille, his current partner and mother of his only female daughter, Mya. Politics and of course Chyno.

Olavarrieta began by questioning him about friendship, without really now he felt that he was his friend, when on more than one occasion he had said no.

“I have learned in all this time that friend is not the one who receives friendship, but the one who gives friendship, then it is a decision that has to be validated by time … For many years I decided to be Chyno’s partner, not a friendDespite that decision, we both gave each other positive things … I do not feel up to the task of winning back because I don’t owe him, I gave him my muse, my music and my songs and vice versa, and that first formed us as national artists, and later throughout the world. How i can’t feel grateful for him“Mendoza explained.

But according to him, over time he decided to choose him as a friend and more in these difficult times for Chyno, that’s why he said that when they proposed that his second album, from this current contract, be done with different singers, he asked that all integrity go with his former duo partner.

“Maybe there are people who have been with him for a long time and today they are not, who enjoy your triumphs, your health, your energy but they are not able to accompany you in adverse moments“, He sentenced.

It was there that the journalist and interviewee entered a field, that he hinted in the interview that Raúl González gave him in ‘Despierta América’, but that for a matter of time was lost: its relationship with the Chyno environment.

“The time away made me lose jurisdiction, and it’s complicated because I would like to do more, and if there are people in your family who are listening to this, I know that they know that I want to do more, contribute more … At this time it is difficult to have that possibility, because I have not established a connection with the people who surround him today at work.Nacho said, surprising Olavarrieta.

“When we are artists the people around us are labor supportThey are not necessarily with you for what you are internally, for your heart, for what you are as a human being … People are with us for what we can give, not for who we are. Like today its environment is alien to me I have no way of approaching“Mendoza explained.

Nacho said that this ‘environment’, which clarified that it is a work and not a person, leaving Tashie out in this, It is armored and Chyno is not in a position to make decisions, and by not being able to negotiate with these people, the relationship is partial.

“I’m completely open to touring with my partner, making a record, but I don’t want to push, I want it to be okay.“, He said.

What or who is Nacho referring to when he talks about the ‘environment’? Although he did not give names, it is true that Chyno changed managers, his current team is headed by Julio Ducharne, and all the friends we usually see in the stories of both Natasha and Chyno.

Ducharne would have been hired by Natasha, and it was in January of this year that he began working with Chyno being, so far the only artist who handles.

After going through COVID-19, he had a peripheral neuropathy that left him, among many things, without walking, without being able to speak. In September 2020 he gave encephalitis, which is inflammation of the brain, something that worsened his state of health and he had to go into an induced coma.

And from that moment he had to start learning everything from scratch: walking, talking, reasoning something that causes him a lot of anxiety.

Who has the truth? Time will tell…

LOOK HERE THE INTERVIEW OF NACHO WITH LUIS OLAVARRIETA: