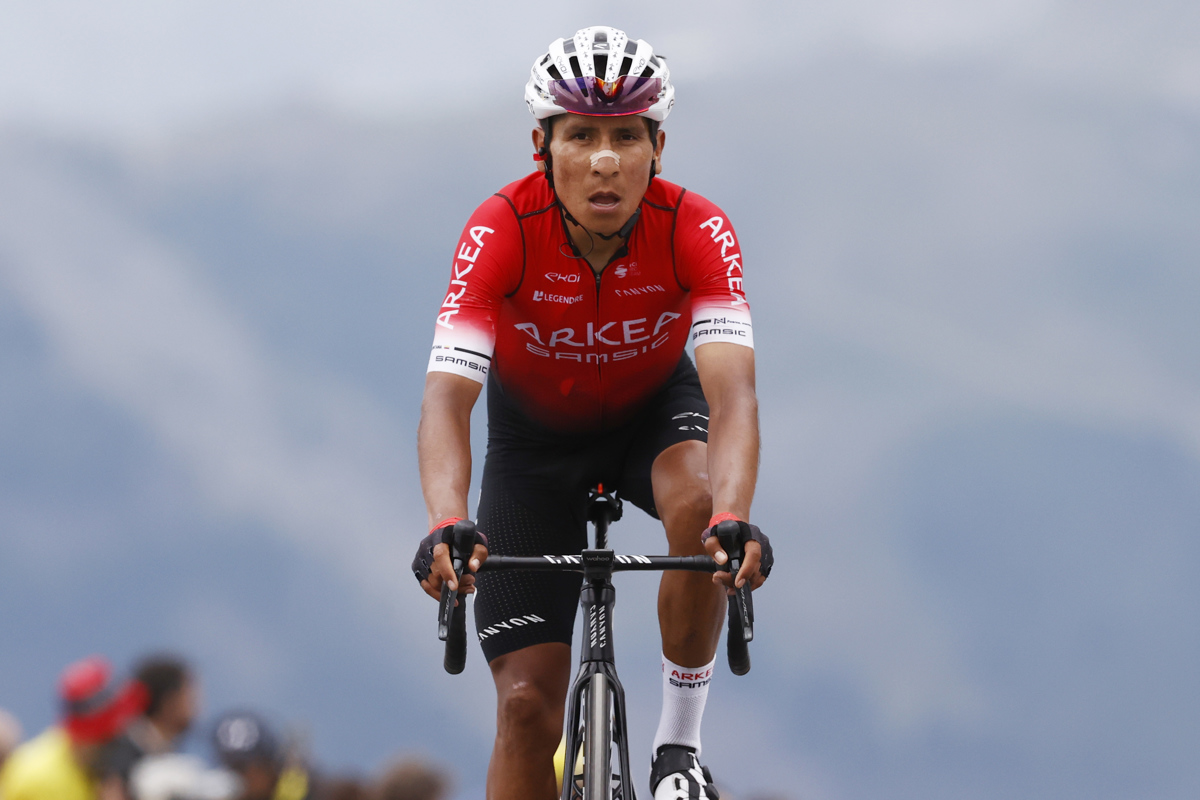 Stage 11 of the 2022 Tour de France will be remembered as the great blow of the Danish Jonas Vingegaard (Jumbo-Visma) to the two-time champion Tadej Pogacar UAE (Team Emirates) and In those historical images will appear that of the Colombian Nairo Quintana, who stopped to pedal to finish second and shut up those who thought they felt finished.

Vingegaard stood his ground and waited to pick up the pace after two of his teammates wore Pogacar down midway through the stage. It was when the Dane decided to attack subtracting 5 kilometers to cross the finish line. He stopped in search of glory and highlighted the unnecessary wear and tear of the Slovenian.

In this way Vingegaard is the new leader of the Tour de France with 2:16 minutes over Romain Bardet, who is second, and 2:22 over Tadej Pogacar, who is now third and you must take care of your place on the podium.

Nairo Quintana finished second on stage 11, 59 seconds behind Vingegaard, and is fifth in the general classification. He was only 15 seconds behind Pogacar and began to dream of fighting until the end to be part of the podium of the great cycling tour.

This Thursday there will be another hard stage in which the wear of the leaders will be put to the test and it is where ‘Nairoman’ will have to show his champion’s heart to keep up the pace and that all the effort made this Wednesday has been worth it. What is evident is that Quintana recovered the credit of some unbelievers who saw him as a cyclist who was going alone to complete the race.

At 32 years of age, Nairo Quintana boasts of having been on the final podium of the Tour de France three times. He was second in 2013 and 2015, while he finished third in 2016. After that he has had to deal with injuries and moments that have reduced his physical performance.

You might also be interested in:
– Not to believe: They stole a boxing belt given by ‘Sugar’ Ray Leonard to Mandela in South Africa
– Matías Almeyda rescued Orbelín Pineda and will take him to Greece to play for AEK in Athens
– Miguel Cotto does not give importance to the career of Canelo Álvarez: “He is just another boxer for me” [Video]