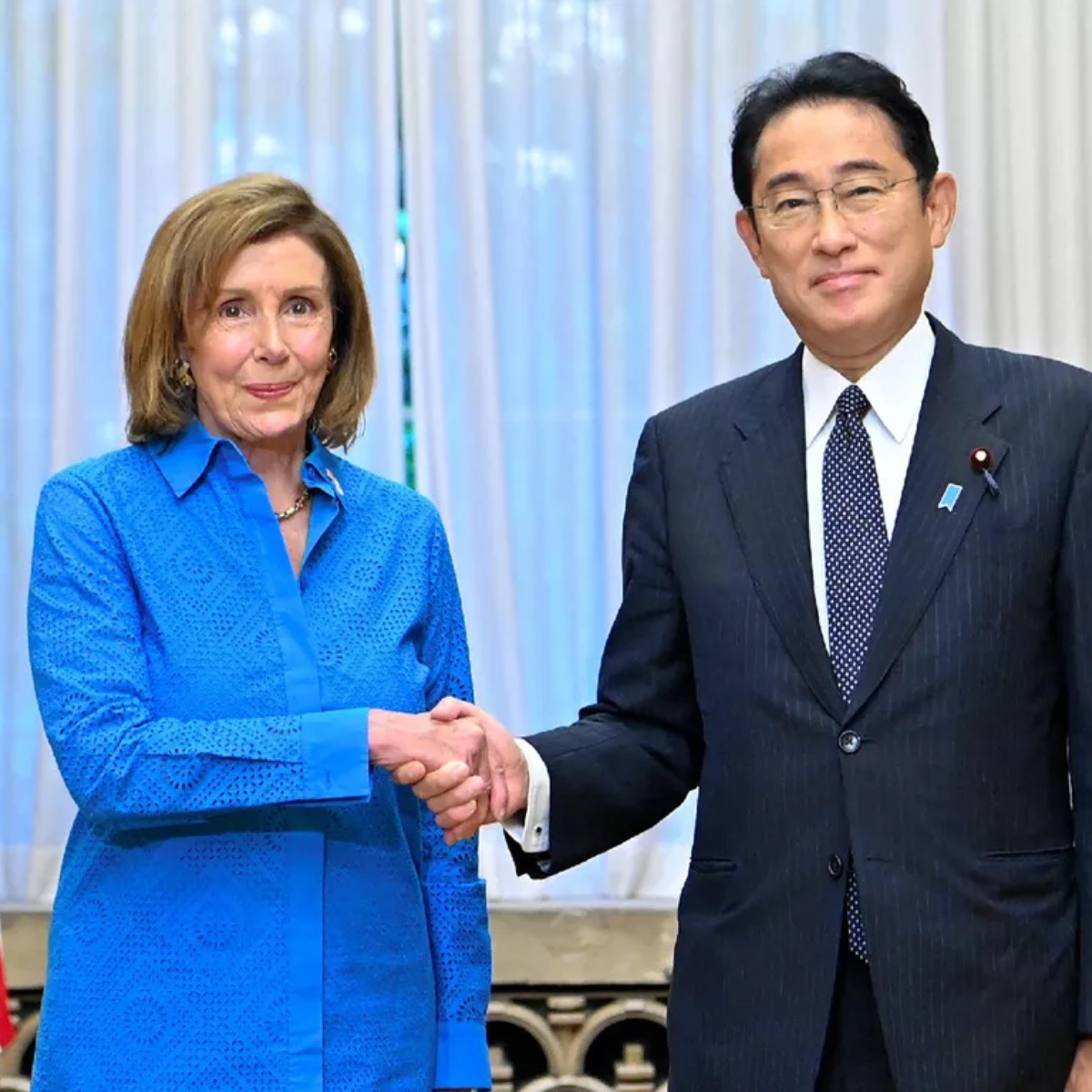 Pelosi made the comments on a visit to Japan’s capital, following a trip to Taiwan that angered Beijing.

What did Nancy Pelosi say after her visit to Taiwan?

“They may try to prevent Taiwan from visiting or engaging in other places, but they will not isolate Taiwan by preventing us from traveling there,” Pelosi said after talks with Japanese Prime Minister Fumio Kishida in Tokyo.

“We had high-level visits, senators in the spring, in a bipartisan way, continuous visits, and we will not allow them to isolate Taiwan,” said the US legislator.

Pelosi said her visits to Singapore, Malaysia, Taiwan, South Korea and Japan were “not about changing the status quo.”

“This is about the Taiwan Relations Act, the US-China policy, all the laws and agreements that have established what our relationship is. Have peace across the Taiwan Strait and make the status quo prevail.”

It may interest you: Nancy Pelosi arrives in South Korea, after a tense visit to Taiwan

Where has Nancy Pelosi been?

As we report in AmericanPost.NewsPelosi landed in Taiwan on Tuesday and expressed “unwavering” support for the island, praising it as “one of the freest societies in the world.”

China considers Taiwan as part of its territory. In response to Pelosi’s visit, Beijing launched a series of live fire drills around the island. The Chinese state news agency Xinhua said that more than 100 fighter jets and 10 ships took part in the exercises.

China’s Foreign Ministry said the visit damaged stability in the Taiwan Strait, which separates the island from mainland China.

On Thursday, Pelosi met with South Korean leaders in Seoul and visited the demilitarized zone (DMZ) that divides the country from North Korea.