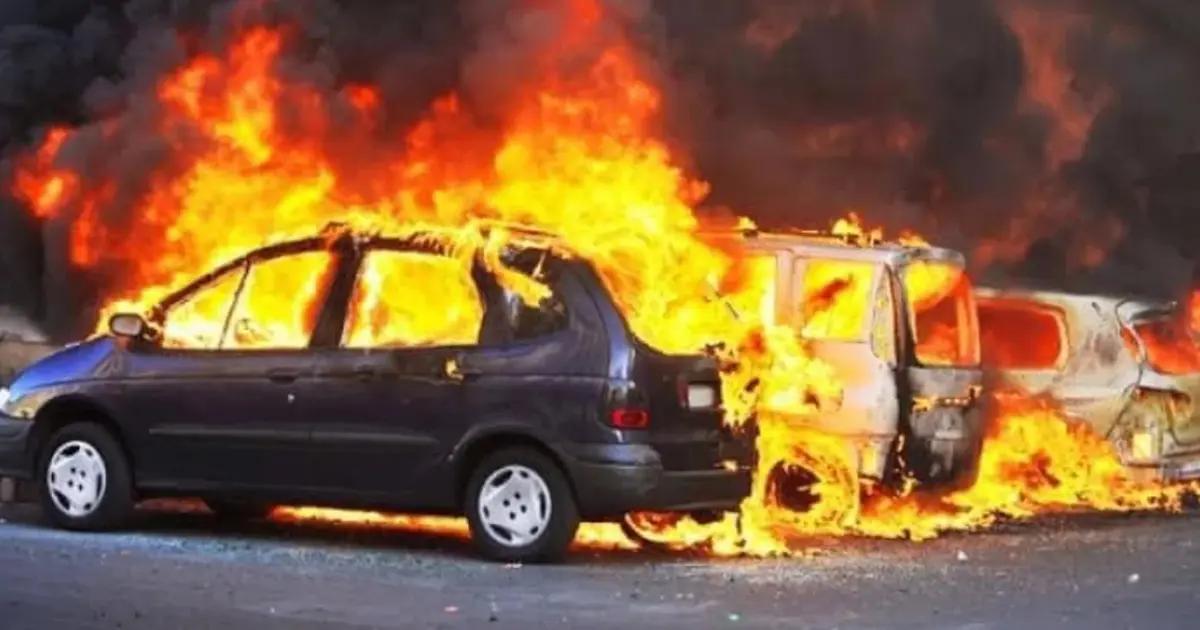 During the afternoon and night of December 2, armed individuals stole vehicles and set them on fire to block the passage at different highway points in the state of Jalisco.

Cañadas de Obregón, Tepatitlán, and Teocaltiche, municipalities in the Los Altos region that borders Zacatecas, were the areas where the main acts of violence were recorded. Similarly, local media and residents of the area reported at least one confrontation between armed civilians in Teocaltiche.

In this regard, a message allegedly written by members of the Jalisco Nueva Generación Cartel (CJNG) began to circulate in which they apologized to the population for the attacks and warned that the war is not against “people who work well and honestly,” but against the Sinaloa Cartel (CDS).

Specifically, the CJNG’s warning was addressed to whom they identified as Mario González and to his brother, named Ramón.

“Stop deceiving the population, making them believe that we collect money, steal or extort when this is not true. We value the work of humble and honest people, and we do not harm the population. It is already seen and verified in the states and municipalities where we already have the four letters (sic.)”, which can be read at the beginning of the message.

According to reports shared by the local press, the day of violence began with an armed confrontation between alleged hit men from the CDS and the CJNG in the municipal seat of Teocaltiche.

When the authorities arrived at the point where the detonations were recorded, the alleged gunmen fled, and later, they began to block the roads.

“For you, Mario González and all those who support you, go out and fight and do not run down the hill so that the Municipal Government and National Guard arrive and support you by confronting us and erasing all kinds of evidence that harms you,” warned the poster of the four letters.

“ This war will continue until Mario González, and all the scourges that support him are eliminated,” warned the CJNG at the end of the message.

Who is the man the CJNG threatened?

Mario González Martínez, alias MG or El Flama, has been identified as one of the main operators of the Sinaloa Cartel in Los Altos de Jalisco for at least ten years. It is presumed that he is the son of Mario González Gutiérrez, better known as Don Mario, an alleged former member of the Guadalajara Cartel who later became one of Joaquín El Chapo Guzmán’s trusted men.

Journalistic records detail that El Flama was arrested in 2009 in Teocaltiche. At that time, the commanders of the Federal Preventive Police (PFP) assured that his capture would lead to a possible collapse of the CDS structure in the state. However, unofficial reports reported that this subject was released in 2012.

After the death of Don Mario, El Flama inherited control over several of the territories of Jalisco that adjoin Zacatecas and Aguascalientes. With him back on the streets and the CJNG expanding to other states, Los Altos de Jalisco and the neighboring municipalities (such as Nochistlán ) became an area of ​​great danger for the population since there was an escalation of kidnappings, disappearances, and murders.

While El Flama, who is also often called by his father’s nickname, works as an operator in the area, it is presumed that his brother, Ramón González Martínez, performs the head job of the CDS hitmen.