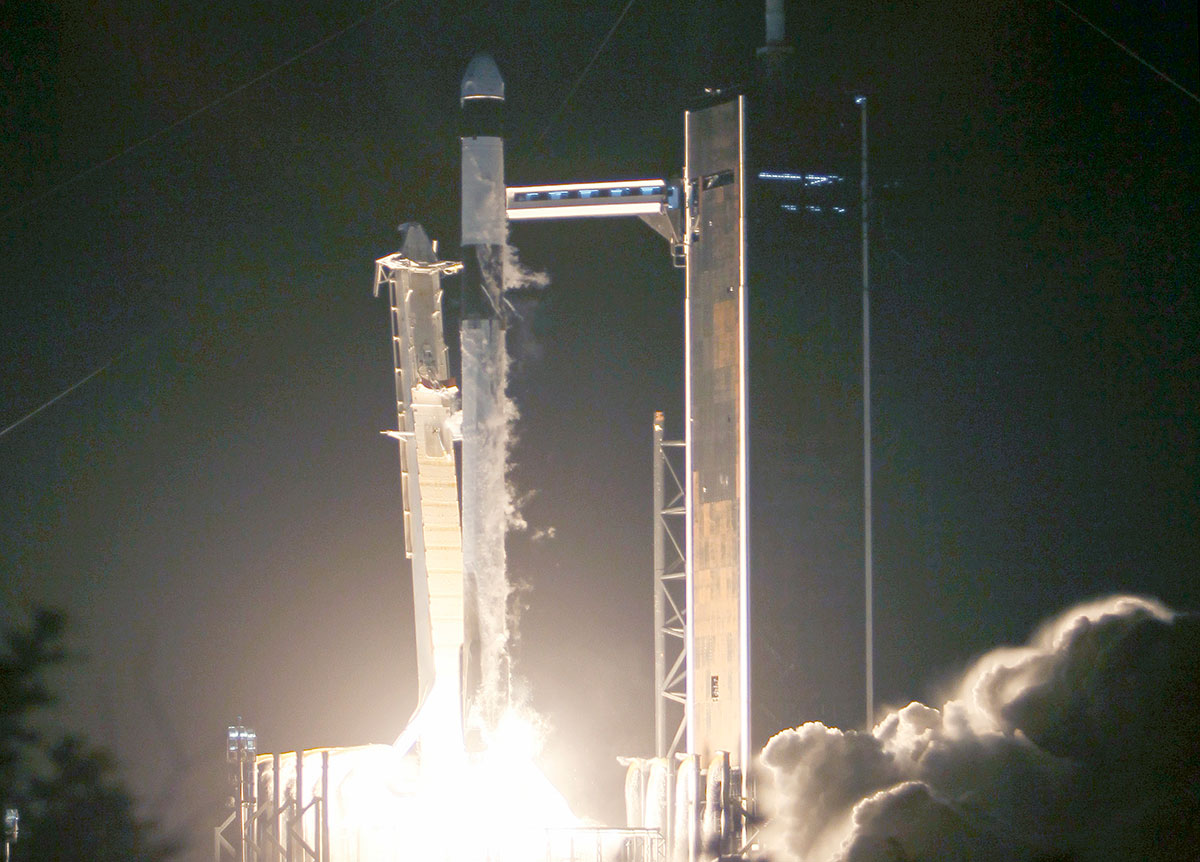 NASA and the private firm SpaceX announced that the takeoff of the third manned commercial mission to the International Space Station (ISS) It will be at dawn on October 31, that is to say almost 24 hours after previously announced.

As reported by the US aerospace agency, the launch from Cape Canaveral (Florida) of the Crew-3 mission, with four crew members on board, will now take place at 2:21 am on Sunday, October 31, local time.

It was previously scheduled for 02:43 local time (06:43 GMT) on Saturday, October 30 the launch of this mission, composed of Commander Raja Chari, pilot Tom Marshburn, mission specialist Kayla Barron, all three from NASA, and German scientist Matthias Maurer, from the European Space Agency (ESA).

“The international crew entered their official quarantine on October 16 and will travel to Kennedy (Space Center) in the next few days for final training and pre-launch preparations,” NASA reported.

If the takeoff of SpaceX‘s Dragon capsule takes place on October 31, on the cusp of a reusable Falcon 9 rocket, the spacecraft would arrive in the early hours of November 1 at the orbital laboratory, where the members of the Crew-2 mission and those who arrived at the ISS in April will await.

The members of that mission, the American astronauts of NASA Shane Kimbrough and Megan McArthur, as well as the Japanese Akihiko Hoshide, of the JAXA space agency, and the French Thomas Pesquet, of ESA, plan to return to Earth in early November with a splashdown off the coast of Florida.

The Crew-3 crew will spend six months in the microgravity laboratory and they will debut a new Dragon capsule, Endurance, which will be added to the other two manufactured by SpaceX: Endeavor and Resilience.

Elon Musk’s company is building a new ship that will complete a fleet of four capsules, all reusable just like the Falcon 9 rockets.

It may interest you:
· NASA launches Lucy, the spacecraft to hunt asteroids
· How much did the Space X “Inspiration4” mission with civilians on board cost?
· NASA is looking for volunteers to live on “Mars” for a full year