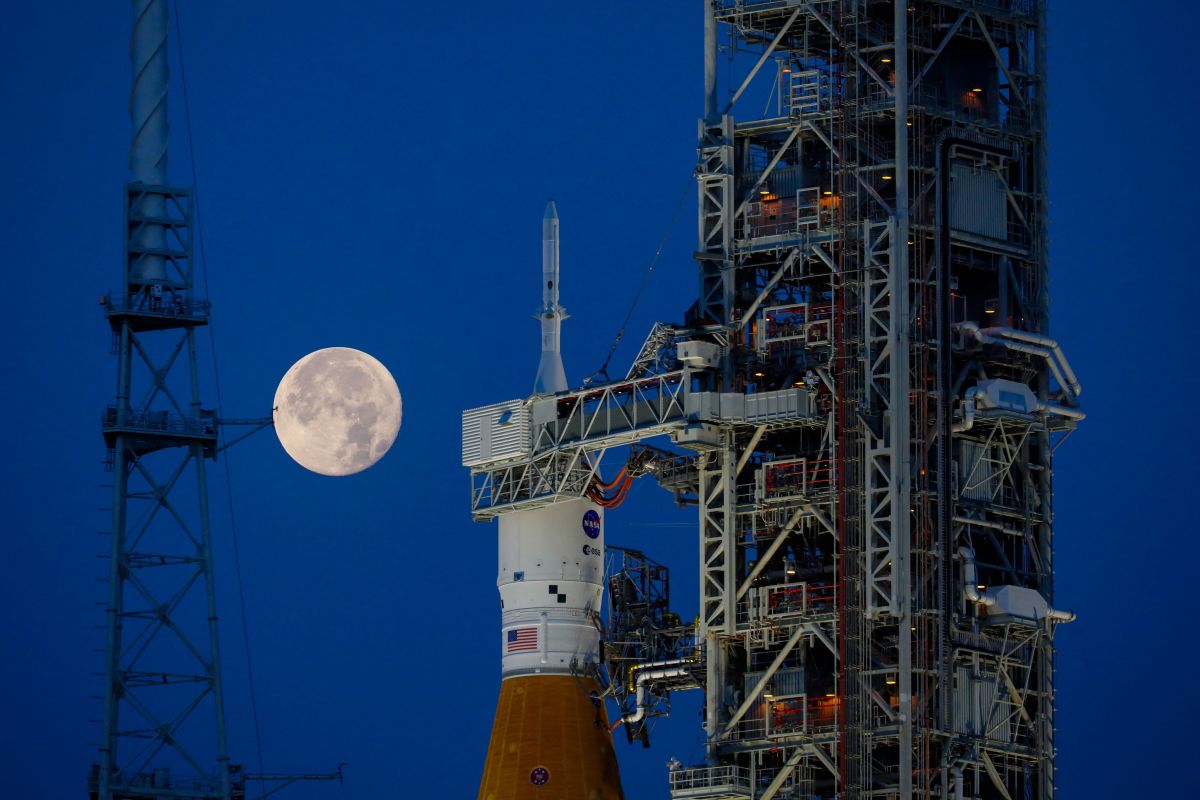 The Space Launch System (SLS) rocket and the attached Orion spacecraft begin a new dress rehearsal this Saturday in Florida (USA) before the unmanned launch of the Artemis I mission, which aims to establish a base on the Moon to expand human exploration of space.

“This weekend marks the beginning of our next launch pad test for the #Artemis I mission to the Moon!” NASA tweeted.

According to the schedule, at 5:00 p.m. local time in Florida (9:00 p.m. GMT), the launch team arrives at their stations and the countdown begins.

The schedule, released this Friday on the mission’s blog, explains that “filling the water tank for the sound suppression system” will also proceed today, as well as the “start of the Orion spacecraft ignition.”

Also, final preparations will be made for the four engines of the gigantic 98-meter-high SLS rocket, although the engines will not be fired during this test, the blog adds.

The most “delicate” test will be done this Monday 20 with the operations of filling and emptying the fuel tanks, which will be broadcast live on the YouTube channel of the US space agency.

A teleconference to report the results of the test will take place next Tuesday, NASA advanced.

Engineers from the Artemis program will conduct the fourth dress rehearsal attempt this Saturday at the Kennedy Space Center on Florida’s east coast, ahead of the unmanned launch of the SLS megarocket.

During the general test, the launch teams will “rehearse” the operations necessary to load fuel into the rocket’s tanks, as well as perform a complete launch countdown.

This test is about showing how well draining the tanks works to give them a “chance” to practice the timing and procedures they will use in the actual launch.

NASA will review the test data before setting a date for the launch of Artemis I, the first in a series of missions to establish a base on the Moon to further human exploration of space.

Last April, NASA was forced to delay the testing process several times due to technical problems and finally decided to return the rocket and spacecraft to the Vehicle Assembly Building (VAB).

Now, after the necessary arrangements, the huge Artemis I moon rocket is on the launch pad for final testing.

If Artemis I will be an unmanned mission, Artemis II will carry astronauts on a manned flyby around the Moon, and Artemis III is expected to land NASA personnel on the lunar surface for the first time in fifty years.

The agency reported that it hopes to bring the first woman and the first person of color to the lunar surface by 2025.

–NASA conducts major fuel load test for Artemis 1 mission
–Artemis Program: NASA will use two spacecraft to take astronauts to the Moon in 2025
– Dress rehearsal begins for the historic Artemis I mission, according to NASA