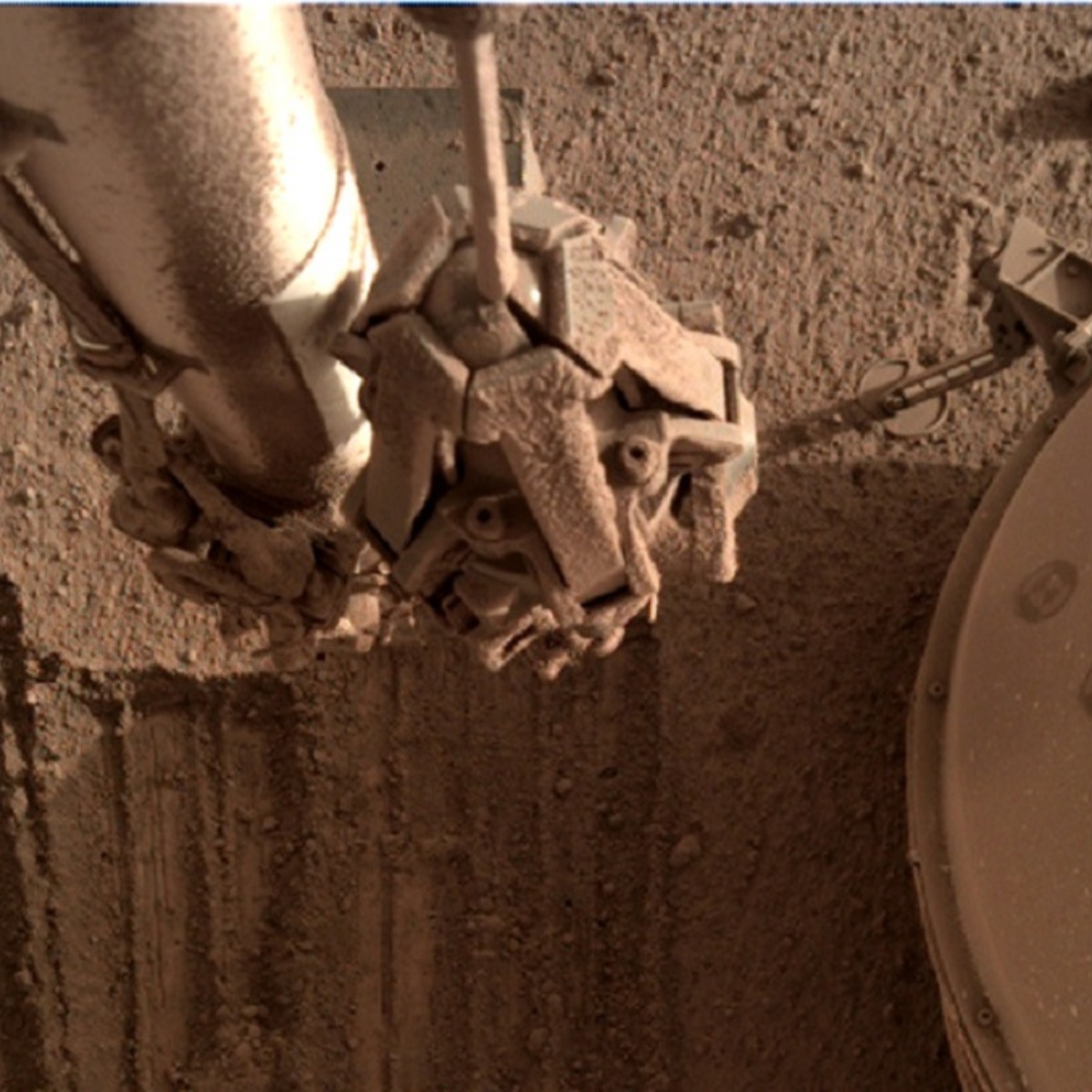 A new analysis of seismic data from the NASA’s Mars Insight missionrevealed that the subsoil of Mars contains little or no Water. The analysis was based on seismic data received from the mission, and the findings were published in the journal Geophysical Research Letters.

According to data collected by NASA, the upper 300 meters of subsurface below this mission’s landing site near the Martian equator contains little or no ice.

“We found that the subsurface of Mars is weak and porous. The sediments are not well cemented. And there is no ice or not much ice filling the pore spaces,” said geophysicist Vashan Wright of the Scripps Institution of Oceanography at the University of California in San Diego, as cited by IANS.

Wright further added that the findings did not rule out that there could be ice grains or small ice balls that are not binding other minerals. “The question is how likely it is that the ice is present in that form,” said the geophysicist.

According to the analysis, in the early history of the red planet, there could be oceans of water on it. Many experts even suspected that much of the water became part of the minerals and these form underground cement.

“If you put water in contact with rocks, a new set of minerals is produced, like clay, so the water is not liquid. It is part of the mineral structure,” IANS reported, citing study co-author Michael Manga of the University from Calif. Berkeley.

According to Wright, water can also get into minerals that don’t act like cement. “But uncemented subsurface eliminates a way to preserve a record of life or biological activity,” Wright said.

It may interest you: If there is water on Mars; find lake under ice

Why is there a shortage of water in the subsurface of Mars?

In particular, cement holds rocks and sediment together. In the 300 meters below InSight’s landing site near the equator, there is a shortage of water due to a lack of cemented sediments.

According to Manga, there should still be frozen ground at that latitude with aquifers below.

As we mentioned in AmericanPost.News, NASA’s InSight spacecraft landed on Elysium Planitia in 2018. Elysium Planitia is a smooth, flat plain near the equator of Mars. The spacecraft has a seismometer and measures vibrations caused by colliding meteorites and earthquakes.