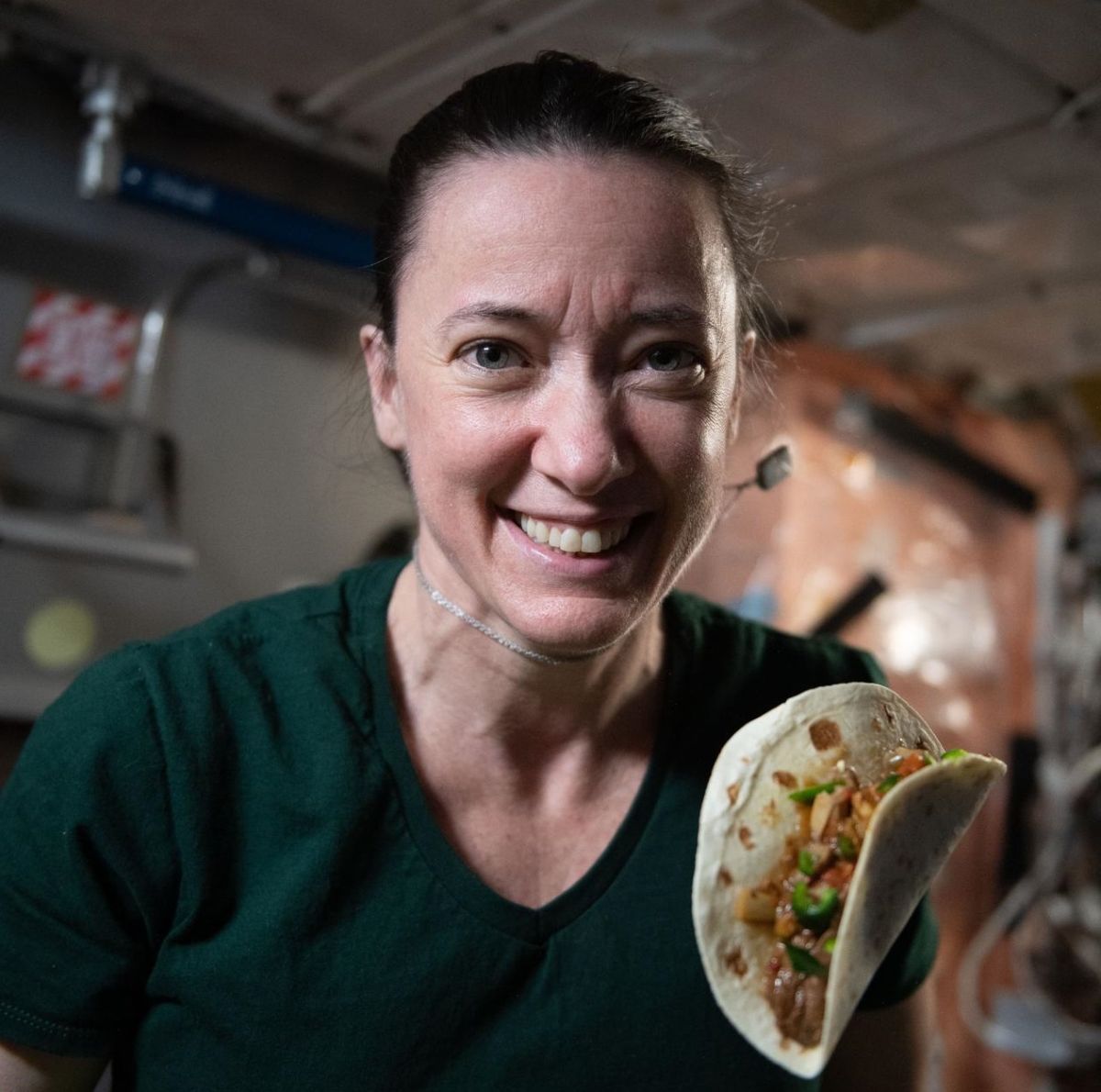 Chili peppers were grown and harvested in space for the first time aboard the International Space Station. The spicy fruits were tasted in tacos by members of the crew.

The chili peppers were grown as part of the Plant Habitat-04 research. The crop began to grow on July 12, 2021 and NASA Expedition 66 astronaut Mark Vande Hei conducted the first pepper harvest on October 29, 2021.

The crew members sanitized the peppers and did a taste test to complete a scientific survey.

NASA astronaut Megan McArthur made her best space tacos yet, made with a flour tortilla, beef fajita, tomatoes, artichokes, and included chili peppers grown for the first time in space.

Some peppers and their leaves from the final harvest will return to Earth for analysis. The chili plants on the space station continue to grow and the chili harvest will continue.

SpaceX Crew-3 astronauts will take over the final harvest of the peppers in late November. They will also need to sample the culture and perform taste tests.

The Plant Habitat-04 experiment is growing a hybrid variety of chili peppers called NuMex “Española Improved” Pepper that the researchers selected because the bell peppers they are an excellent source of vitamin C and they performed better in soil tests at Advanced Plant Habitat (APH).

It is a hybrid developed by the State University of New Mexico, which combines the Hatch Sandia pepper and the traditional Spanish pepper from northern New Mexico.

Chili peppers are an easy fruit to pick and can be eaten raw. They also have a coveted taste since lSpicy or well-seasoned foods are favoritesSince in zero gravity, astronauts tend to lose a bit of taste and smell.

NASA points out that the cultivation of chili peppers represents one of the Longer and more challenging plant experiments that have been attempted aboard the orbiting laboratory, compared to 10 previous space crops that NASA astronauts have done, including lettuce and radishes.

The information gained from the crops is applied to future fruit and vegetable crops that can supplement astronauts’ diets with key nutrients such as vitamin C and vitamin K, which explorers will need during long-term missions in space.

It may interest you:
–5 things that happen to your body when you eat spicy foods
-Who invented tacos and how they became so famous in the United States
–Tacos with meat: which is the worst and best meat, according to chef Aarón Sánchez