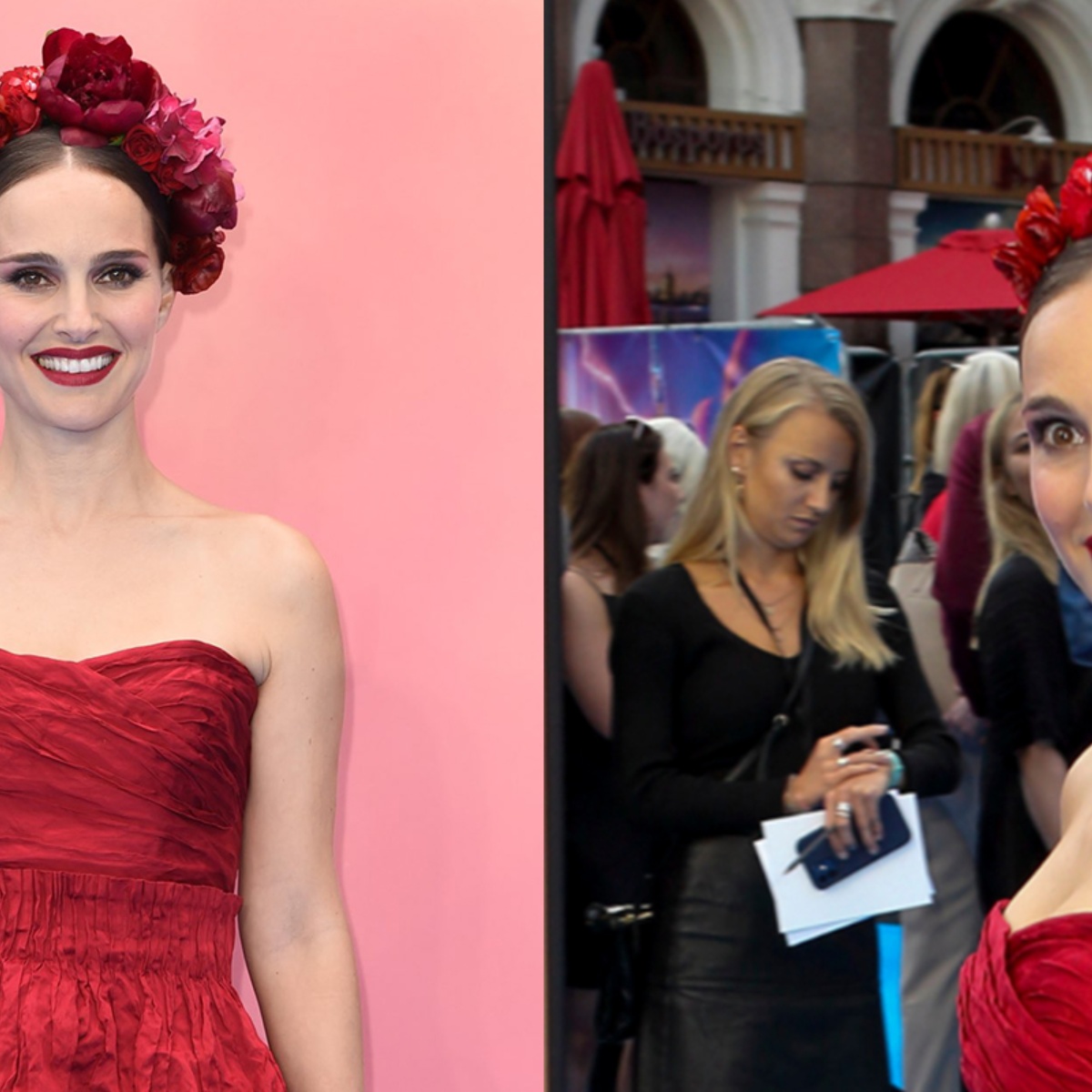 the famous actress Natalie Portman has caused a furor on social networks and on AmericanPost.News We share what happened to the protagonist of “Thor: Love and Thunder” at the premiere of the long-awaited film which premiered in London, England.

And it is that, the actress of 41 years old has drawn attention on social networks, because since his participation in the new film was announced, the evolution of his character as well as the physical transformation to play mighty thor caused various reactions.

In the entertainment news we let you know that during the premiere in Los Angeles, the actress wore an asymmetrical mini dress that captivated those present and fans, but on this occasion she also wasted sensuality, although for a brief moment she tripped and called the attention of the cameras.

Natalie Portman tripped at the premiere of “Thor: Love and Thunder”

The actress arrived at the local cinema to inaugurate the functions, on this occasion the actress chose a short red dress from Dior, her outfit was combined with a floral headdress of the same tone and red strappy sneakers.

His arrival at the local cinema captivated the eyes, as he wasted sensuality and glamour, but before posing for the cameras a small incident occurred, as he tripped over one of the posters that were on the red carpet, fortunately he managed to control his balance and showed his good humor before that stumble.

It may interest you: Natalie Portman with a tiny black dress leaves many speechless

What happened to Natalie Portman?

The actress is promoting the movie “Thor: Love and Thunder”, but something that was highly commented on social networks was when they leaked several photos of Natalie Portman’s radical physical change, the famous Hollywood star made an impact with her muscular figure.