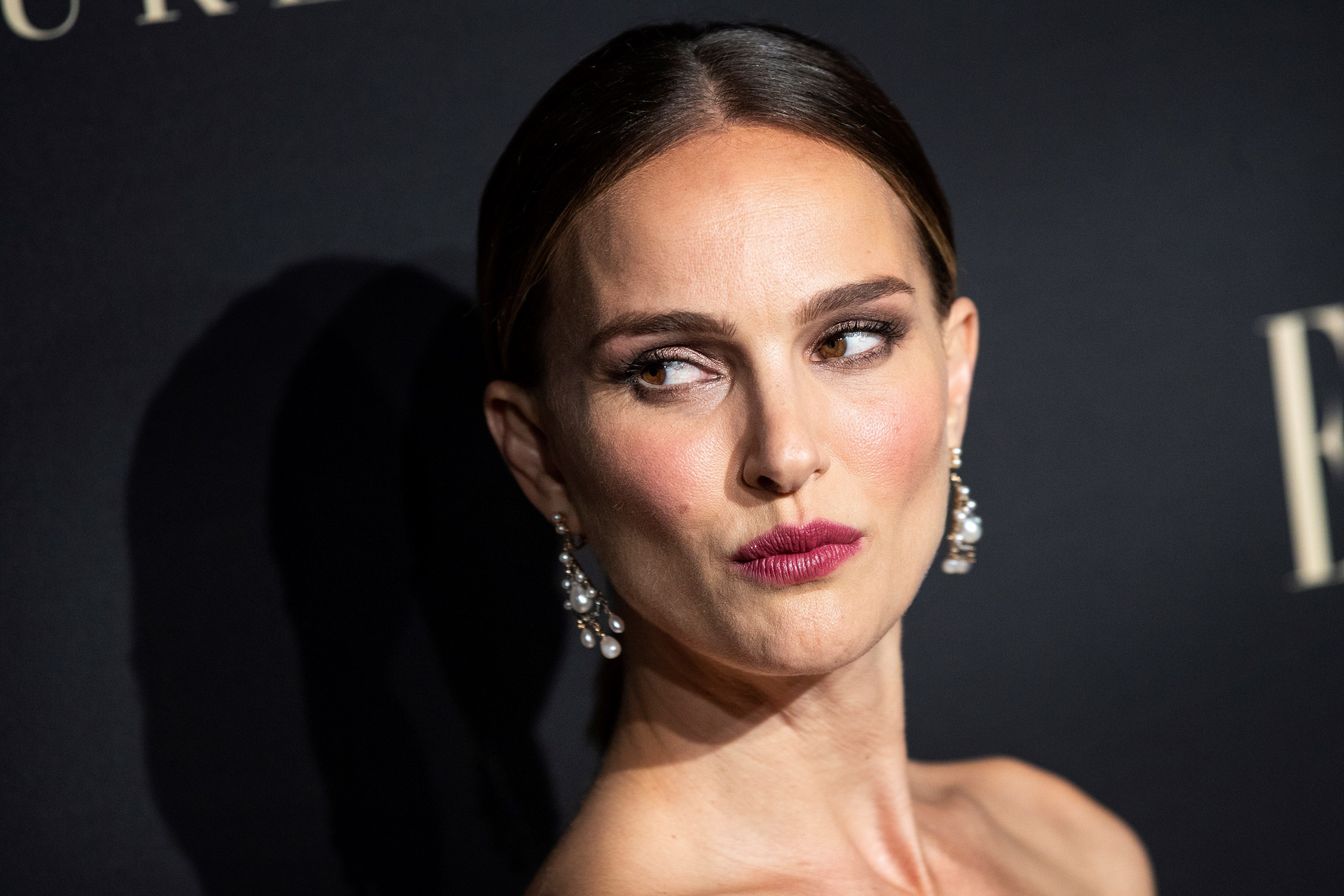 Hollywood has stories that go from one end to the other, covering the entire color spectrum. There are dark stories, lighter ones, and endless grays. Over the years, life experiences have come to light that could have been transformed into successful films. Natalie Portman could star in one of them.

The actress was born on June 9, 1981, in Jerusalem, Israel. Her real name is Natalie Hershlag, but when she started to become known she adopted her grandmother’s maiden name. Her father, Avner Hershlag, is a renowned physician specializing in assisted fertilization. His work offered him the possibility for the whole family to settle in the United States and go there when Natalie was very young.

One of her grandmothers, of Romanian origin, worked as a spy for the British Intelligence Service during World War II. And her maternal grandfather was a professor of economics: the family’s premise was always to pursue a university degree, a premise that Portman adopted as a way of life.

Although she started acting when she was a child, as soon as she finished school, she began her university studies at Harvard: she graduated as a psychologist in 2003. By that time, she already had 11 films to her credit; there could have been more, but she dismissed several projects to prioritize her studies. Never, nor the lights of fame that usually dazzle so many, ran her off that path.

“I don’t care if college ruins my career because I’d rather be smart than a movie star,” she said shortly after graduating in an interview with the New York Post. During that period, she wrote several essays, including an analysis of the Israeli-Palestinian war.

Not satisfied with her achievements, in 2004, she went for more and did a postgraduate course at the Hebrew University of Jerusalem. But that’s not all when it comes to her academic level. When it comes to expressing herself, she has practically no problems anywhere in the world. In addition to English, he speaks French, German, Hebrew, Japanese, and Arabic. On one occasion, he commented that his goal was also to master Spanish and study medicine, in order to work with his father in the future.

Along with her studies, she built a rich career as an actress. Art has always been in her veins. At the age of four, she began to take dance classes, and soon after, she began to take drama lessons. At 10, her parents were offered a contract from a modeling agency, but Natalie refused, and her parents accepted the decision. “Being a model was going to be stupid and boring,” she would later explain.

At the age of 17, she was already part of the industry, and despite her outstanding role in The Perfect Killer, she had not yet established herself. Nevertheless, she allowed herself to choose which projects to do and which not to do. She wanted to be an actress, but not at any price. She refused to star in Lolita because of the number of sexual scenes required by the plot. Soon after, she made the same decision when she was called to play a leading role in The Ice Storm. In that case, her character was too sinister.

In 2002 she joined the “Star Wars” saga and obtained great recognition. His breakthrough came in 2004 with “Something in Common,” an independent film that earned her widespread recognition because she had to use her own weapons. Towards the end of that year, she starred in “Closer,” which was the confirmation of a pure actress. She was nominated for the Golden Globes. She did not win, but it was a sign of her growth, already rubbing shoulders with great personalities.

Eventually – and in her own words – “Black Swan” catapulted her to stardom. “I think college prepared me to take on tough jobs. To take on challenges and push myself to overcome them. Black Swan was that, even though it was hard for me to accept because I didn’t know if I would live up to it. In the end, it turned out that all the richness of nuances of my character and the film allowed me to grow as a person, redefine myself as a woman and become a better actress,” she said in an interview with the Spanish media Fotograma.

Already in tune with her character, knowing that it would either be the glory or a break on her ascending career because all eyes would be on her, she began rigorous training. She had practiced dance until she was 13 years old, but she took it up again, and for months she dedicated 16 hours a day to the discipline. She didn’t accept having an official dancer as a double for the complex scenes, but she put her body into the most demanding shots.

“The film meant a change in my career because it has given me the possibility to change register, to graduate as an actress. From now on, I am a compulsive risk-taker, a professional risk-taker. I don’t want any more flat, blunt, or silly roles. I want to continue exploring the heights, discovering new facets of my profession,” said Natalie, who already has an Oscar, a BAFTA, a Golden Globe, and another award from the Screen Actors Guild on her shelf.

During the filming of The Black Swan, she met dancer Benjamin Millepied. They fell in love, got married, and had two children, Amalia and Aleph. Natalie says that her husband is her grounding cable whenever work gets the better of her.

As for the work that marked her, here is the Broadway adaptation of “The Diary of Anne Frank” in 1997. Her grandparents lost almost all their relatives in the Holocaust in a concentration camp. One of them even died there, in Auschwitz. Acting in that play was not easy for her; even the rehearsals were not easy. In the early days, Natalie had to interrupt them because she would start crying inconsolably and could not continue.

At barely 40 years old, Natalie Portman seems to have lived many lives in one. An exceptional actress, she managed to position herself against the mandates imposed by the industry, following her own rules instead of those imposed by the market. Thus, what remains on the table is her talent as a trademark.