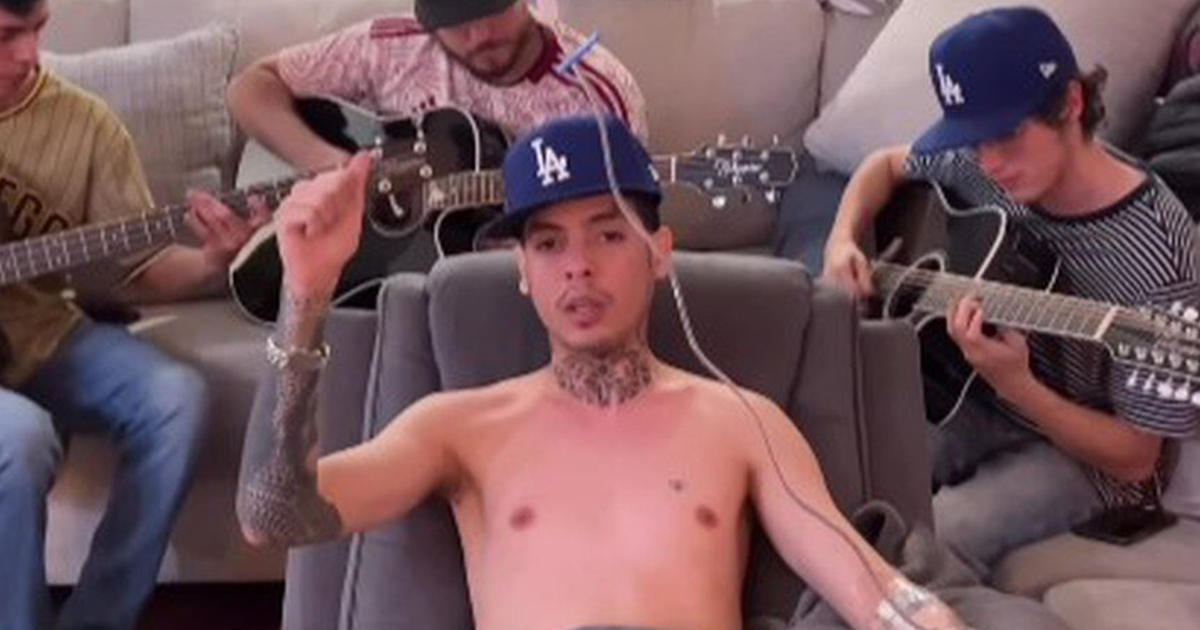 Natanael Cano, the corridos tumbados singer, reappeared with serum and made new music after the motorcycle accident he suffered last weekend, which put him in the hospital.

It was 21-year-old Natanael Cano himself, who a few days ago revealed, through his Instagram stories, that while practicing motocross in his native Sonora, he suffered a fall that caused him considerable injuries in one of his legs.

Despite the seriousness of his accident, Natanael Cano expressed confidence in his speedy recovery and recommended to his fans that if they are going to engage in extreme sports such as motocross, they should do so without drinking alcohol and with the necessary precautions.

Although a few days before, he hinted that he would be away from the public eye to rest after his motorcycle accident, on Tuesday, December 6, Natanael Cano returned to social networks.

Through a video uploaded to his Instagram account, Natanael Cano revealed that he has already left the hospital and is at home, where he seems to be recovering satisfactorily. However, he continues to suffer from discomfort.

In the recording, Natanael Cano appears to be receiving intravenous medication and covering the injured leg with a blanket.

Despite this, Nathanael Cano was very lively, although with a serious and haggard face, singing a song at the top of his lungs that, according to his Instagram post, he wrote in recent days that he has rested.

Natanael Cano releases a preview of his next single, ‘Morritas.’

But not only that. In later publications, also via Instagram, Natanael Cano demonstrated that his musical spirit does not go extinct even during illness.

This is because Natanael Cano has remained very active amid his convalescence since he decided to share the advance of his new single entitled “Morritas”, which was originally planned for ten days from now, according to what he indicated.

However, Nathanael Cano pointed out that the executives of his record company wanted to please him now that he did not feel well due to his accident, and they agreed to advance the preview of his new single.