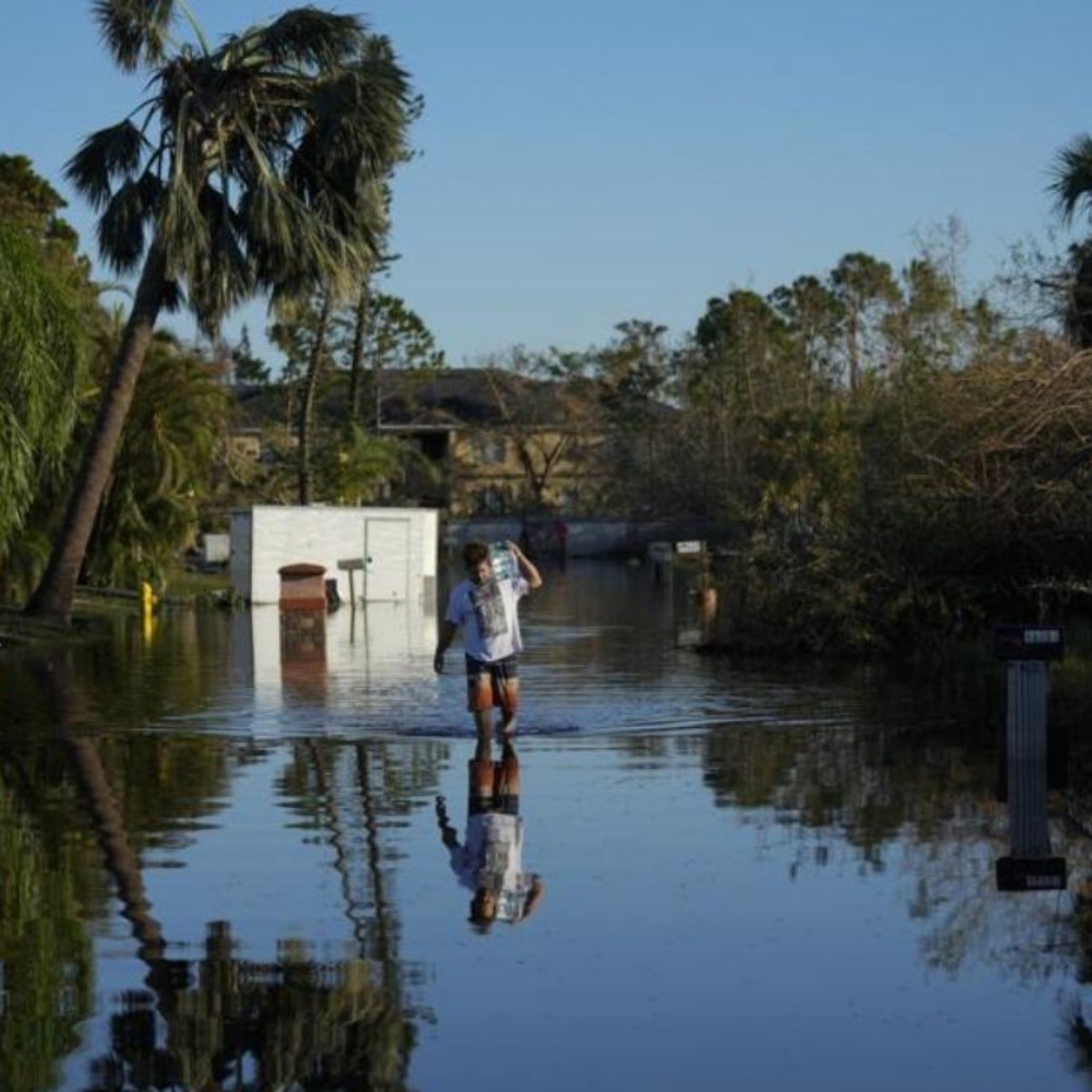 The Weather Prediction Center of the National Weather Service reported that rainy, windy, and cool weather continues in the mid-Atlantic. It also forecasts showers, thunderstorms, and the risk of flash flooding for Intermountain West.

Meanwhile, above-average temperatures for early October in the Midwest, Plains, the Great Basin, and the West Coast.

Post-tropical Cyclone Ian has completely dissipated overnight, but extratropical remnants of the storm will continue to bring showers and thunderstorms across the Mid-Atlantic and the central Appalachians due to overland flow on the north side of the system.

Rainfall totals through Monday are forecast to be between 1 and 2 inches, with locally higher amounts possible, particularly around the Chesapeake Bay east into the Delmarva Peninsula and southern New Jersey.

Areas closer to the coast will see stronger winds between 20-30 mph, gusts up to 40-50 mph, and a risk of coastal flooding.

Forecast high temperatures across much of the east will be up to 10-20 degrees below average due to widespread rain and clouds and a strong Canadian high to the north of the system.

Highs on Sunday and Monday will be in the 50s and 60s from New England southward to the Mid-Atlantic, Appalachians, and Upper Ohio Valley, with low 60s and 70s for most of the Carolinas.

Highs will be warmer and closer to average across the rest of the Southeast, with the mostly upper 70s and lower 80s expected.

Meanwhile, an upper-level low over the northern Intermountain West will slowly move eastward over the northern high plains Tuesday morning as a frontal system remains relatively stationary across the Central Rockies and into the Great Basin.

Abnormally high moisture will continue to circulate across the region, leading to more showers and thunderstorms on Sunday and Monday, with the high humidity and improved terrain helping some storms produce episodes of heavier rain.

Rainfall totals of around an inch are possible in the Four Corners region, and a Slight Risk of Excessive Precipitation exists on Sunday for portions of southern Utah and extreme southwestern Colorado, where scattered instances of flash flooding will be possible in areas of increased terrain vulnerability, such as slot canyons and dry washes.

Here’s the #weather snapshot for #Sunday:
– Lingering Ian rain showers will keep it cool in the Mid-Atlantic
– Locally heavy rain and flooding are possible in the Four Corners region
– Elevated fire weather conditions likely in the central Plains
– Warm in the Pacific Northwest pic.twitter.com/yclVzVp73z

Temperatures across the region will be relatively cold, with an anticipated majority of the 60s. High elevation snow is also forecast for the Rocky Mountains on Sunday, with 4+ inches possible for elevations above 9000 feet in northwest Wyoming through east-central Montana and 4-6 inches above 11000 feet in the San Juan Mountains in Colorado.

On both sides of the upper level low, ridges aloft will lead to warmer, above-average temperatures Sunday and Monday for the Plains and Midwest as well as the Great Basin and West Coast.

Predicted highs range from the upper 60s to mid-70s for Northern Plains and Upper Midwest and low to mid-80s for the Central and Southern Plains.

The storm center forecast has described an elevated fire weather risk in northeast western Kansas into eastern Nebraska on Sunday and Monday for a combination of warm temperatures with low humidity, windy winds, and dry antecedent conditions.

High temperatures will also be above average farther west, with 70 for the Great Basin, 80 for California off the immediate coast, and 90 in the Southwest.

The Pacific Northwest will see mostly anomalous temperatures, with highs in the upper 80s and low 80s up to 10 to 15 degrees above average for early October.